WASHINGTON (Reuters) – A defiant President Donald Trump accepted the Republican nomination for a second term on Thursday with a scathing attack on rival Joe Biden, asserting that a Democratic victory in November would only exacerbate the racial strife and coronavirus pandemic besieging the nation.

Speaking from the White House South Lawn despite criticism he was using the executive residence as a political prop, Trump portrayed Biden, a career politician with a long record as a moderate, as a far-left extremist who would usher in a lawless, dangerous America.

“This election will decide whether we protect law-abiding Americans, or whether we give free rein to violent anarchic agitators and criminals who threaten our citizens,” Trump said on the fourth and final night of the Republican National Convention in a speech that lasted more than an hour.

“No one will be safe in Biden’s America.”

Despite the pandemic that has killed more than 180,000 Americans, Trump delivered his remarks before a crowd of more than 1,000 people, standing in front of dozens of American flags and basking in chants of “Four more years!” and “U.S.A.!”

Though an incumbent, Trump remains a self-styled outsider, an approach that won him the White House, his first elected office, in 2016 on a promise to end the crime and violence he said was afflicting the country.

After days of civil unrest and violence in Kenosha, Wisconsin, where on Sunday police shot a Black man, Jacob Blake, in the back, Republicans on Thursday sought to turn the chaos to their advantage by claiming Biden would “defund the police.” Biden has rejected that position.

As the night unfolded, Biden struck back on Twitter, writing, “When Donald Trump says tonight you won’t be safe in Joe Biden’s America, look around and ask yourself: How safe do you feel in Donald Trump’s America?”

In trying to paint Biden as a tool of the “radical left,” Trump also distorted the Democrat’s policy positions on a host of other issues, including immigration, guns, law enforcement, abortion and energy production.

“If the left gains power, they will demolish the suburbs, confiscate your guns, and appoint justices who will wipe away your Second Amendment and other Constitutional freedoms,” Trump said in a reference to a right to bear arms.

The made-for-television scene – befitting the first reality TV host to serve as president – stood in marked contrast to Biden’s acceptance speech last week, which was broadcast live from a largely empty arena in a nod to the disease.

Following the speech, fireworks exploded over the Washington Monument as the president and his family looked on, giving Trump and the convention a powerful closing image.

In a reminder of the country’s divisions, attendees could hear anti-Trump protesters chanting, “No Justice, No Peace,” and sounding airhorns near the White House as he spoke. 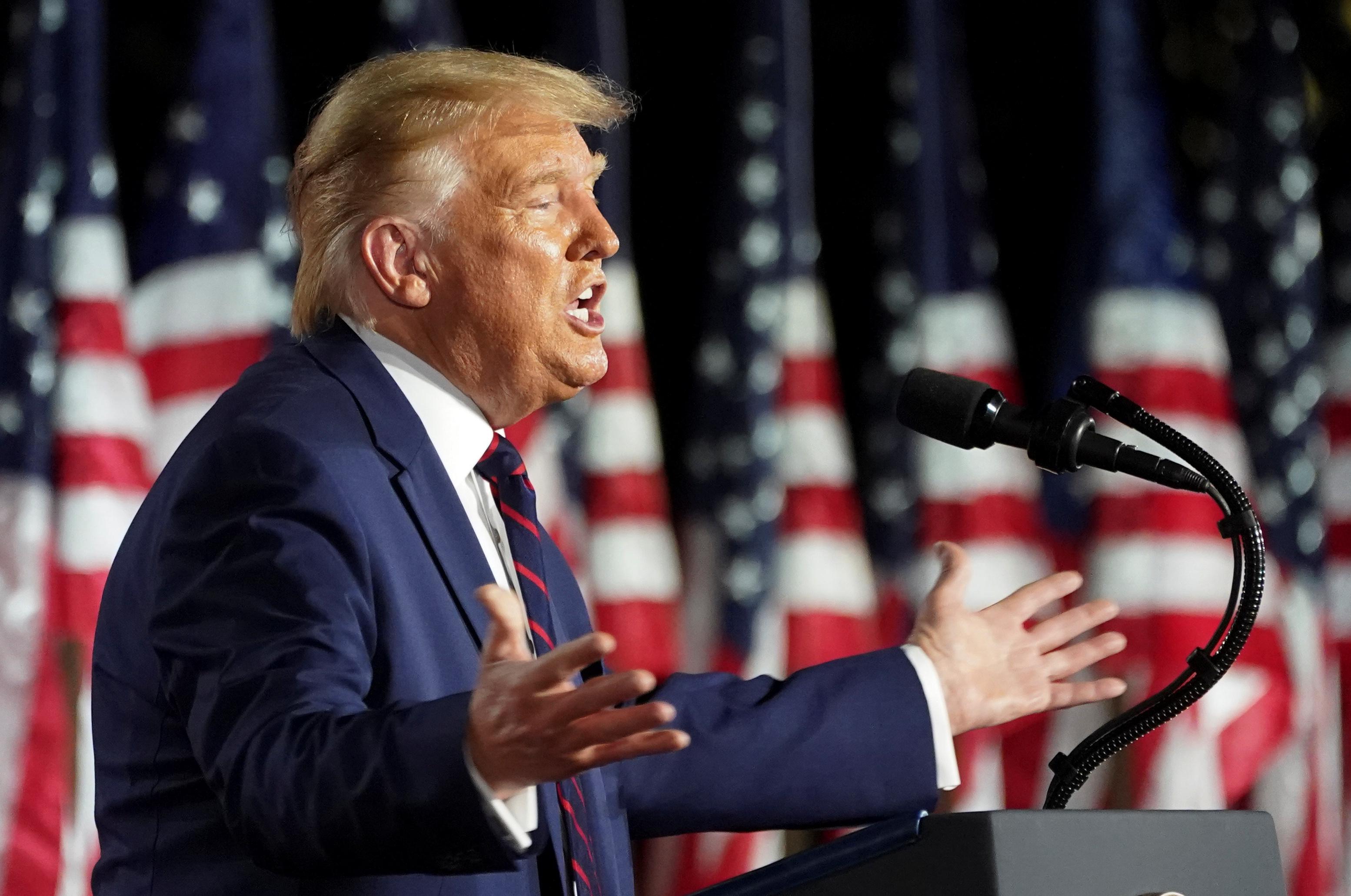 Trump, a former New York real estate developer, is seeking to turn around a re-election campaign that has been largely overshadowed by a health crisis that has put millions of Americans out of work and killed more people than in any other country, according to a Reuters tally.

His campaign also comes against the backdrop of a fresh wave of protests over the latest high-profile police shooting of a Black American. In Kenosha, relative calm returned after three nights of civil strife ending on Tuesday, including arson, vandalism and deadly shootings.

In his speech on Thursday, Trump repeated his assertion that China is to blame for the pandemic and promised in his second term to levy tariffs on any company that left America to create jobs overseas, one of the rare concrete policy proposals of the night.

He also promised to rebuild what Republicans have called the “greatest economy” in history and attacked Biden for saying he would shut down the country if necessary to slow the spread of the disease. Many health experts blame a resurgence of coronavirus cases on states that reopened businesses too soon.

“Joe Biden’s plan is not a solution to the virus, but rather a surrender,” Trump said.

While Trump’s popularity among Republican voters remains high, dissent is mounting within the party. In three open letters published on Thursday and Friday, Biden won endorsements from more than 160 people who worked for Republican former President George W. Bush or for past Republican presidential candidates Mitt Romney and John McCain, the New York Times and Politico reported.

Thursday’s program aimed to counterbalance those defections, featuring a video showcasing former Democratic voters who say they now support Trump and remarks from U.S. Representative Jeff Van Drew, who abandoned the Democratic Party to join the Republicans after voting against Trump’s impeachment this year. 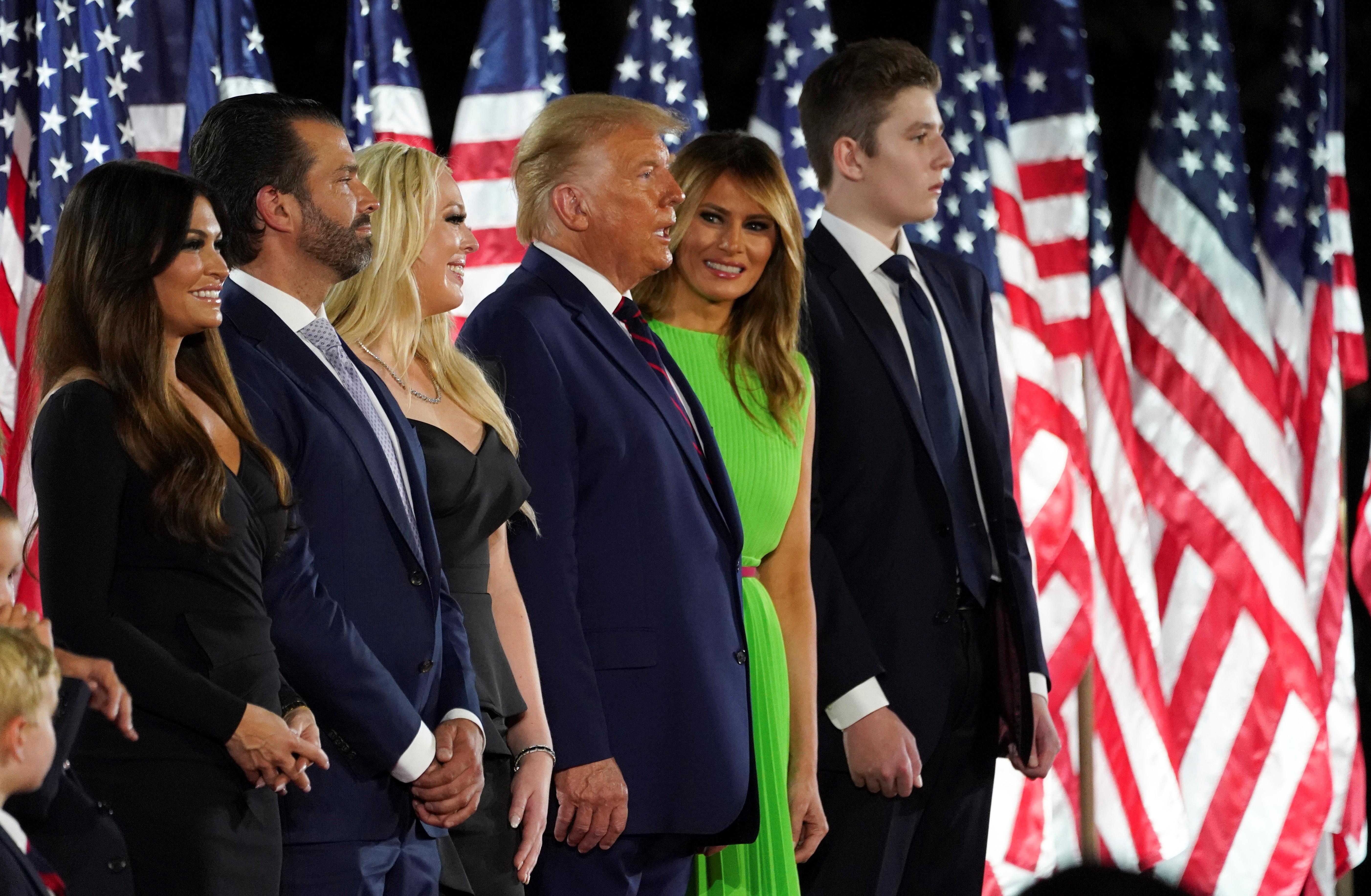 The program featured several emotional appeals, including from the parents of Kayla Mueller, an aid worker who died after being held captive for months by Islamic State militants in Syria. The Mueller parents said they blamed the Obama administration for failing to rescue Mueller.

Trump kicked off the week on Monday by accusing Democrats of seeking to steal the election by advocating for mail-in voting. His previous high-profile speeches have also emphasized grim themes, including his inaugural address in January 2017 that described “American carnage.”