WASHINGTON (Reuters) – President Donald Trump’s re-election campaign said on Wednesday it was filing a libel suit accusing the New York Times of intentionally publishing a false opinion article that suggested Russia and the campaign had an overarching deal in the 2016 U.S. election. 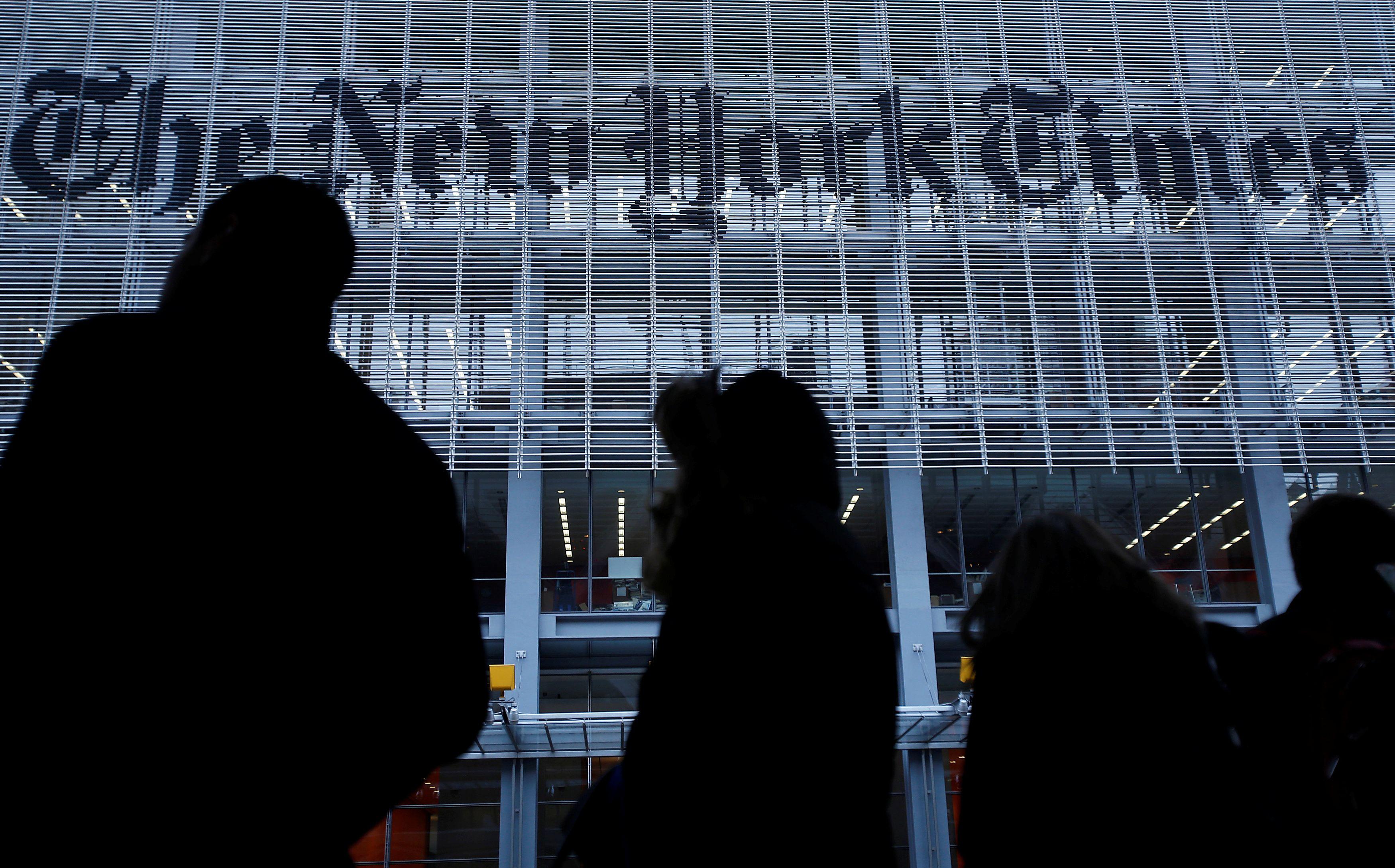 In an escalation of the Republican president’s long-running battle with the news media, campaign officials said the lawsuit was being filed in state court in New York.

Separately, Trump assailed two other news organizations that he frequently criticizes, the cable TV news channels CNN and MSNBC, accusing them of presenting the danger from the coronavirus in as bad a light as possible and upsetting financial markets.

A campaign statement said the aim of the suit against the Times, among the most prominent American news organizations, was to hold the newspaper “accountable for intentionally publishing false statements against President Trump’s campaign.”

A draft copy of the suit, attached to a campaign news release, accused the newspaper of “extreme bias against and animosity toward the campaign,” and cited what it called the Times’ “exuberance to improperly influence the presidential election in November 2020.”

Trump is seeking re-election on Nov. 3.

In a statement, a New York Times spokesperson said: “The Trump Campaign has turned to the courts to try to punish an opinion writer for having an opinion they find unacceptable. Fortunately, the law protects the right of Americans to express their judgments and conclusions, especially about events of public importance. We look forward to vindicating that right in this case.”

The newspaper’s spokesperson said it had not been served with the suit and learned about it through media reports.

Trump’s criticism of what he calls liberal bias in the U.S. news media plays well with his conservative political base and often generates applause at his political rallies where his supporters often jeer journalists. Trump often refers to various news media outlets as “fake news” and has called elements of the U.S. news media “the enemy of the American people.”

The New York Times was involved in a landmark 1964 Supreme Court ruling that has served as a safeguard for media reporting on public figures. In the case New York Times v. Sullivan, the court decided that the U.S. Constitution’s First Amendment protection for freedom of the press allows even statements that are false to be published as long as the publication was not done with “actual malice.”

The suit, according to the draft copy released by the campaign, accused the newspaper of a “malicious motive” and “reckless disregard for the truth.”

Senator Bernie Sanders, the front-runner in the race for the Democratic nomination to face Trump in the November election, denounced the lawsuit.

“Trump has called the press the ‘enemy of the people,’ and now – taking a page from his dictator friends around the world – is trying to dismantle the right to a free press in the First Amendment by suing the New York Times for publishing an opinion column about his dangerous relationship with Russia,” Sanders said.

It documented numerous contacts between people associated with Trump’s campaign and Russians. Mueller found insufficient evidence to show a criminal conspiracy between Trump’s team and Russia but did not exonerate Trump of obstruction of justice related to the investigation.

In the opinion piece, Frankel stated, “Collusion – or a lack of it – turns out to have been the rhetorical trap that ensnared President Trump’s pursuers.”

Frankel added, “There was no need for detailed electoral collusion between the Trump campaign and Vladimir Putin’s oligarchy because they had an overarching deal: the quid of help in the campaign against Hillary Clinton for the quo of a new pro-Russian foreign policy, starting with relief from the Obama administration’s burdensome economic sanctions. The Trumpites knew about the quid and held out the prospect of the quo.”

Quid pro quo is a Latin term meaning a favor in exchange for a favor. 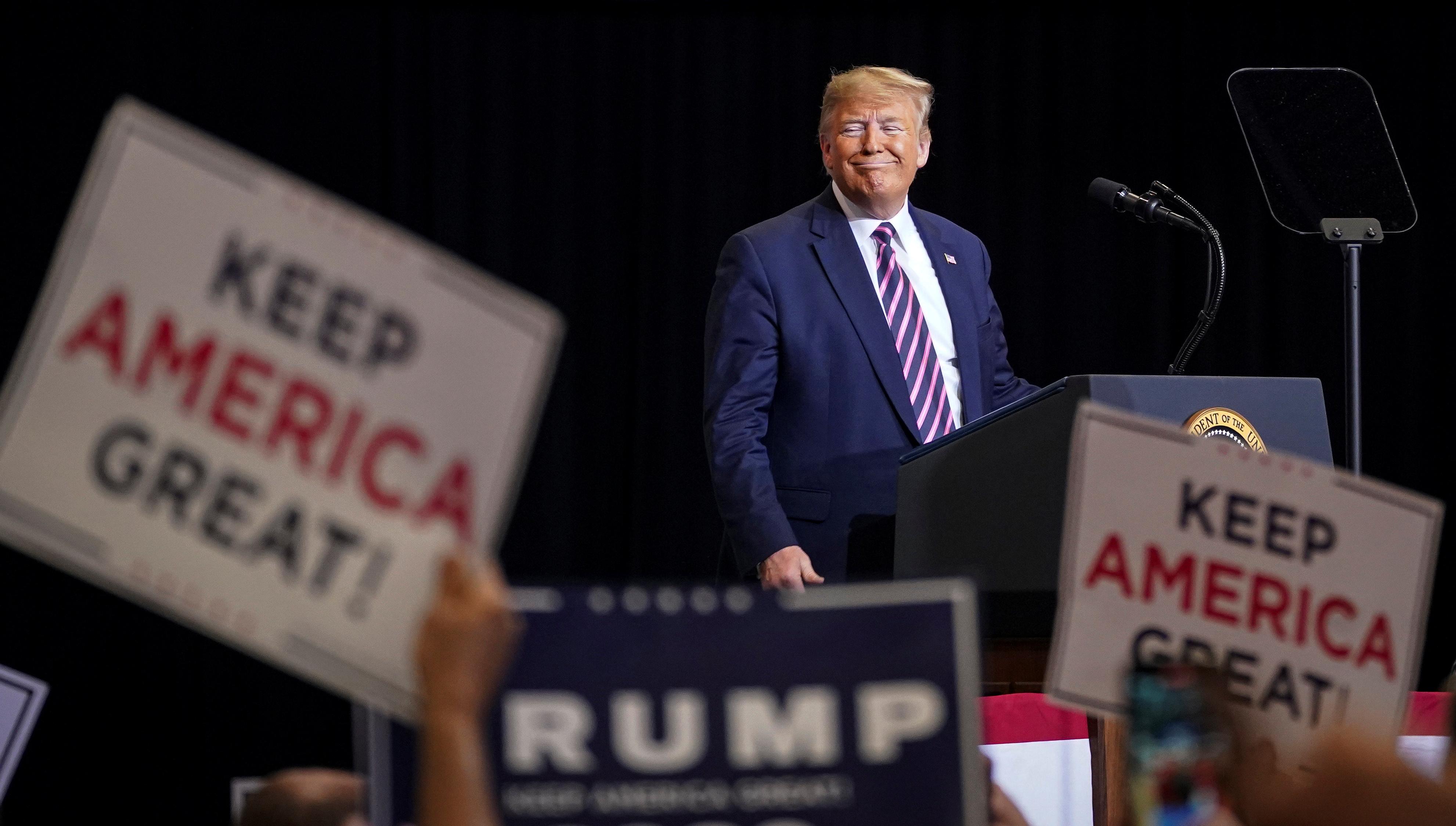 Trump in January 2018 criticized U.S. defamation laws as “a sham and a disgrace” following publication of a book by author Michael Wolff called “Fire and Fury: Inside the Trump White House,” which among other things questioned the president’s mental health.

In a statement on the suit, Jenna Ellis, senior legal adviser to Trump’s campaign, said, “The statements were and are 100 percent false and defamatory. The complaint alleges The Times was aware of the falsity at the time it published them, but did so for the intentional purpose of hurting the campaign, while misleading its own readers in the process.”