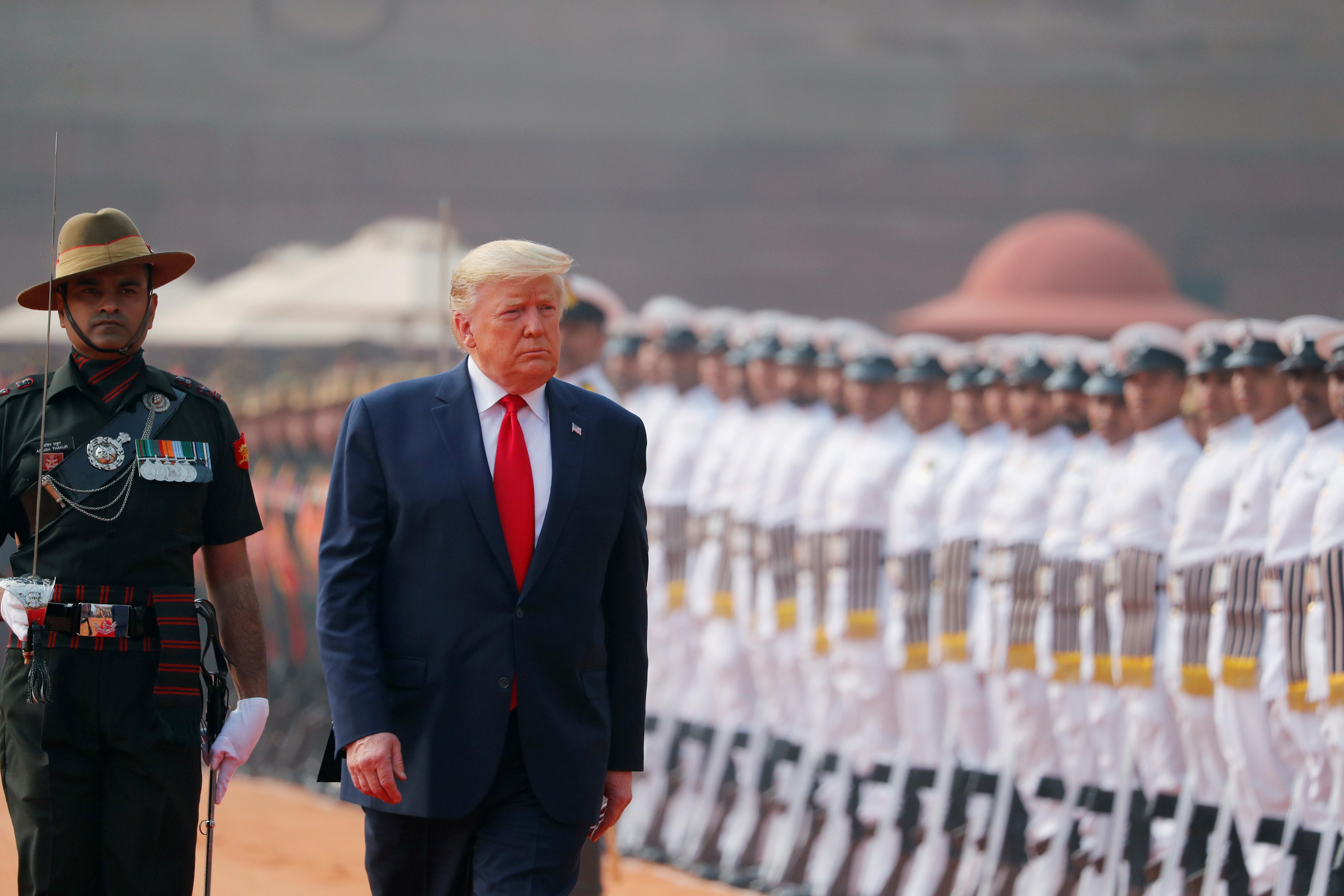 NEW DELHI (Reuters) – U.S. President Donald Trump said on Tuesday the U.S. stock market will crash if he loses the election this year.

During a trip to India, Trump told business leaders stocks will jump higher if he is re-elected, but “if I don’t win you’re going to see a crash like you’ve never seen before.”

He said his administration planned to announce tax cuts for the middle class in the not too distant future.

Trump also said that Monday’s steep fall in share prices was bad because of fears of the coronavirus, but the United States was in good shape in terms of tackling the problem.