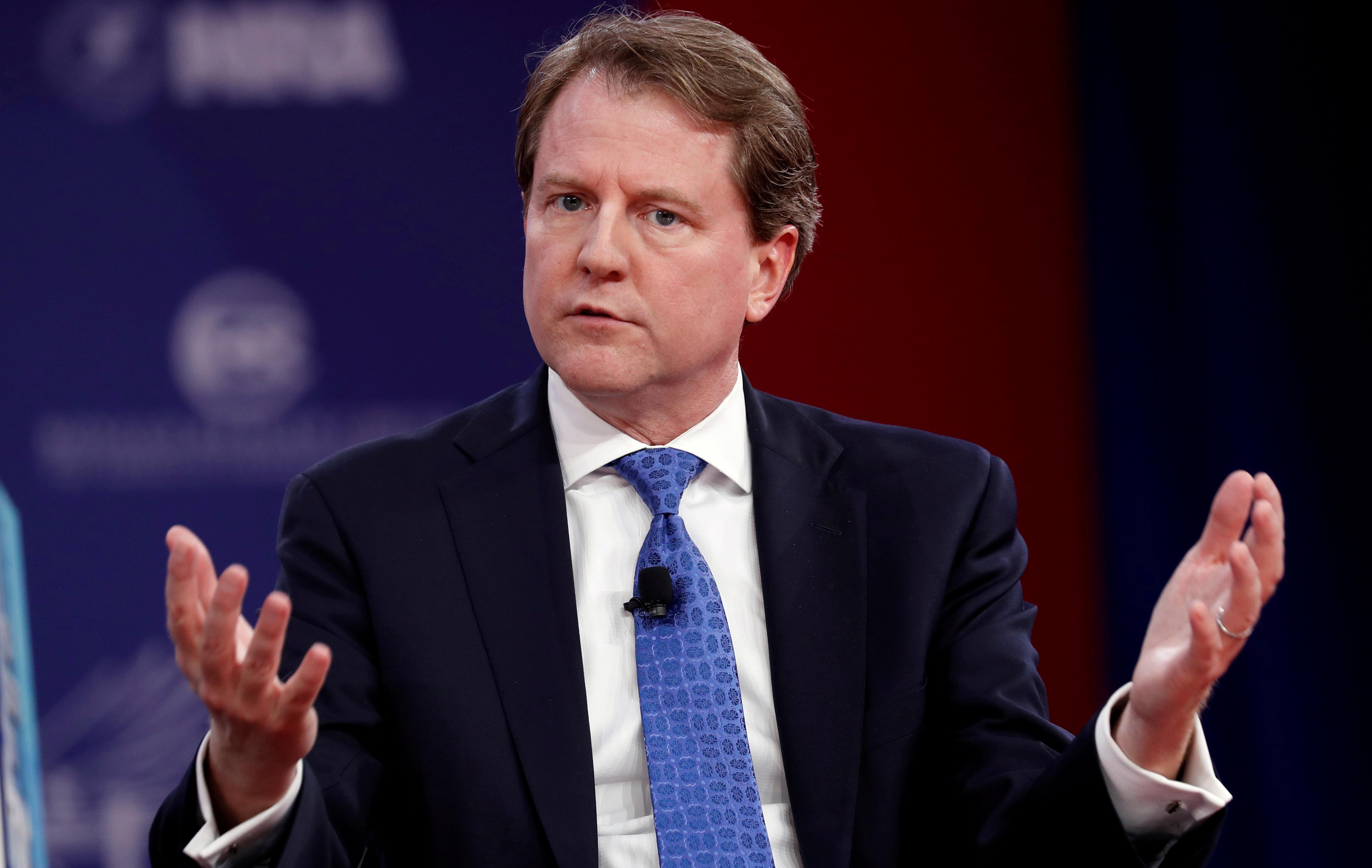 The U.S. Court of Appeals for the District of Columbia Circuit endorsed the Trump administration’s argument that the court had no place in settling the closely watched dispute between the executive and legislative branches of the U.S. government. In doing so, it appeared to endorse an expansive view of presidential powers and prerogatives.

In a 2-1 decision, a three-judge panel overturned a Nov. 25 ruling by U.S. District Judge Ketanji Brown Jackson that the House of Representatives Judiciary Committee’s April subpoena to McGahn was lawful. In that ruling, Jackson declared “no one is above the law.”

Friday’s decision represented a vindication for the Republican president’s sweeping directive that current and former officials defy congressional requests for testimony and documents on impeachment and a broad range of other subjects.

The two judges in the majority in the ruling were appointed by Republican presidents. The dissenting judge was appointed by a Democratic president.

The Judiciary Committee had sought testimony from McGahn, who left his post in October 2018, about Trump’s efforts to impede former Special Counsel Robert Mueller’s investigation that documented Russian interference in the 2016 U.S. election.

The administration argued both that senior presidential advisers are “absolutely immune” from being forced to testify to Congress about official acts and that courts lack jurisdiction to resolve such disputes.

McGahn defied the subpoena in May. The committee sued to enforce it in August, a month before the House launched its impeachment inquiry against Trump centering on his request that Ukraine investigate Democratic political rival Joe Biden and his son. The Democratic-led House impeached Trump in December. The Republican-led Senate acquitted him this month.

The Justice Department, in arguing that federal courts should stay out of disputes between the executive and legislative branches, said Congress has other ways to address an administration’s intransigence including withholding funding for the government and the ultimate power of impeachment to remove a president from office.

The two judges in the majority in the ruling, Thomas Griffith and Karen Henderson, agreed with that argument, writing, “Congress will obtain only the concessions it can wrest from the Executive Branch with the ample but imperfect tools at its disposal.”

The court did not rule definitively on the Trump administration’s absolute immunity claim, but Henderson said in her own separate concurring opinion that the argument “rests on somewhat shaky legal ground.”

The dissenting judge, Judith Rogers, said the decision “all but assures future Presidential stonewalling of Congress, and further impairs the House’s ability to perform its constitutional duties.” Rogers was appointed by Democratic former president Bill Clinton.

Representatives of the Judiciary Committee and the Justice Department were not immediately available for comment.

A report by Mueller, released by the Justice Department in redacted form last April, portrayed McGahn as one of the few individuals close to Trump to challenge the president when he sought to have the special counsel removed.

Trump repeatedly instructed McGahn to have Mueller ousted and then asked him to deny having been so instructed when word of the action emerged in news accounts, according to the report. McGahn did not carry out either instruction.

House Democratic leaders focused their impeachment inquiry on Trump’s actions toward Ukraine, not Mueller’s findings. But as the case proceeded lawyers for the Judiciary Committee told the court that McGahn’s testimony would be “vital” to the impeachment proceedings.

There are other important legal battles over presidential powers still being waged.

Three cases will be argued before the Supreme Court on March 31 focusing on Trump’s contention that a House committee and a New York City prosecutor are powerless to enforce subpoenas to obtain his financial records.

Another important legal fight was put on hold by a federal judge awaiting the McGahn case’s outcome. In that case, the House Ways and Means Committee sued the Treasury Department to force it to hand over years of Trump’s individual and business federal tax returns.