In a blow to the bloc and its row with Cyprus, Turkey will potentially drill for gas in EU waters in two weeks’ time. According to the Turkish energy ministry, the drilling will begin on August 9 from the Mersin port, in the south of the country.

In a statement, they said: “Turkish drilling ship Adbulhamid Han will start a mission in the Mediterranean on 9 August departing from the Mersin port.”

The ministry did not specify where the drilling would continue from there but a top Turkish official confirmed last week that the country would continue with the exploration near the island of Cyprus.

With the move, Ankara would be ignoring warnings from the EU dating back to 2020 when the bloc came close to sanctioning Turkey for pushing into Cyprus, and therefore EU, waters.

Turkey disputes to have territorial claim on waters off the coast of both Greece and Cyprus.

On Monday, Ankara accused Greece of pushing a boat carrying migrants out of Greek territorial waters and back into Turkish ones. 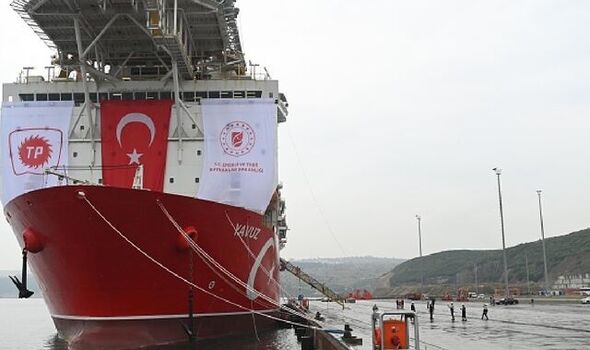 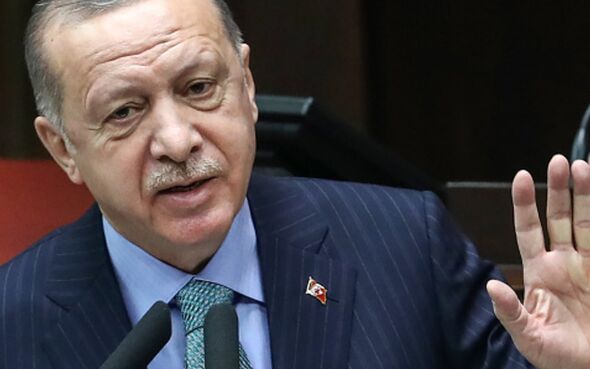 The defence ministry in Ankara said the incident occurred on Sunday near Rhodes, and posted drone footage on social media that it said showed the coast guard pulling the boat into Turkish waters near the southwestern resort of Marmaris.

An unverified footage showed the occupants of one boat attaching a rope from its stern to a small rubber dinghy, which the boat then towed in reverse before detaching from it and moving off.

It was not clear how many people were in the dinghy.

Athens has repeatedly denied accusations by rights groups and United Nations refugee agency UNHCR that it pushes migrants out of Greek waters, saying it intercepts boats at sea to protect its borders.

Greece was the frontline of Europe’s migration crisis in 2015 and 2016 when around a million refugees fleeing war and poverty in Syria, Iraq and Afghanistan arrived, mainly via Turkey. The number of arrivals has fallen sharply since then.

Greece and Turkey, NATO member states and historic rivals, have long been at odds over migrant issues and competing territorial claims.

Last month, the European Parliament’s Committee on Civil Liberties, Justice and Home Affairs wrote a letter to the European Commission complaining about alleged pushbacks of migrants by Greek authorities in the Evros river area.

Committee Chairman Juan Fernando López Aguilar penned the letter to the Commission outlining his concerns which Greece has denied.

The Greek government is accusing Turkey of “instrumentalising” migrants at the border, warning the EU of a new migration wave looming this summer.

Athens has also slammed the migration pact that progressed at June’s Justice and Home Affairs Council meeting in Luxembourg.

Turkish Defence Minister Hulusi Akar met with his Greek counterpart Nikos Panagiotopoulos on the sidelines of a NATO meeting in Brussels and discussed maintaining dialogue to ease recently heightened tensions. 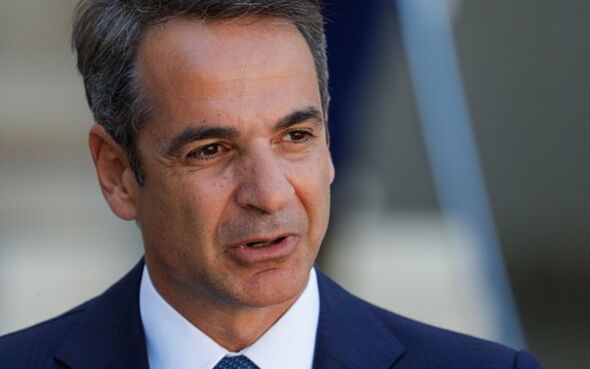 Long-existing tensions between the neighbouring countries flared up again recently, with Turkish President Tayyip Erdogan saying that Greece should stop arming islands in the Aegean Sea that have a demilitarised status and abide by international agreements.

Ankara says the Aegean islands were given to Greece under the 1923 Lausanne and 1947 Paris treaties on the condition it does not arm them.

Athens has said that Turkey’s remarks about it arming the islands are unfounded. The two countries, which are NATO members but have long been at odds over a range of issues, have both sent letters to the United Nations outlining their rival positions on airspace and the islands.

Erdogan said in May that Greek Prime Minister Kyriakos Mitsotakis “no longer exists” for him, accusing the Greek leader of trying to block sales of F-16 fighter jets to Turkey during a visit to the United States.