The decision will affect tens of thousands of cases moving through backlogged immigration courts. 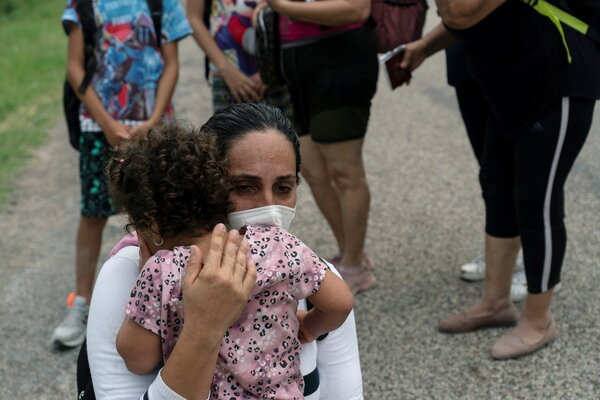 By Katie Benner and Miriam Jordan

WASHINGTON — Attorney General Merrick B. Garland reversed on Wednesday Trump-era immigration rulings that had made it all but impossible for people to seek asylum in the United States over credible fears of domestic abuse or gang violence, marking one of the Justice Department’s most significant breaks with the previous administration.

His decisions came in closely watched cases where his predecessors, the former attorneys general Jeff Sessions and William P. Barr, broke with precedent to overturn decisions by immigration appeals judges that would have allowed such asylum claims.

The decisions — applicable to all cases in the system, including appeals — will affect tens of thousands of migrants. Hundreds of thousands of Central Americans fleeing gang extortion and recruitment and women fleeing domestic abuse have arrived in the United States since 2013, and many cases are still being adjudicated, given an enormous backlog in immigration courts.

“These decisions involve important questions about the meaning of our nation’s asylum laws, which reflect America’s commitment to providing refuge to some of the world’s most vulnerable people,” the associate attorney general, Vanita Gupta, wrote in a memo to the Justice Department’s Civil Division.

Ms. Gupta asked the Civil Division’s immigration arm to review pending cases that could be affected by Mr. Garland’s reversal.

The move is the administration’s latest reversal of a Trump-era policy. It has also defended the constitutionality of the Affordable Care Act, a position that officials had abandoned during the previous administration. The Biden Justice Department also sided with unions in a case that could affect restrictions on organizing workers.

“We’re really heartened by this decision,” said Karen Musalo, a lawyer representing one of the asylum seekers and a professor at the University of California, Hastings, College of Law. “It restores the possibility of protection to those whose very lives are in the balance.”

Previous administrations had agreed that people fleeing domestic abuse and gang violence could be considered people who have been persecuted on account of their membership in a “particular social group,” a definition that allows them to seek asylum in the United States.

But attorneys general can overturn decisions made by immigration judges because their courts are housed under the Justice Department, not the judicial branch.