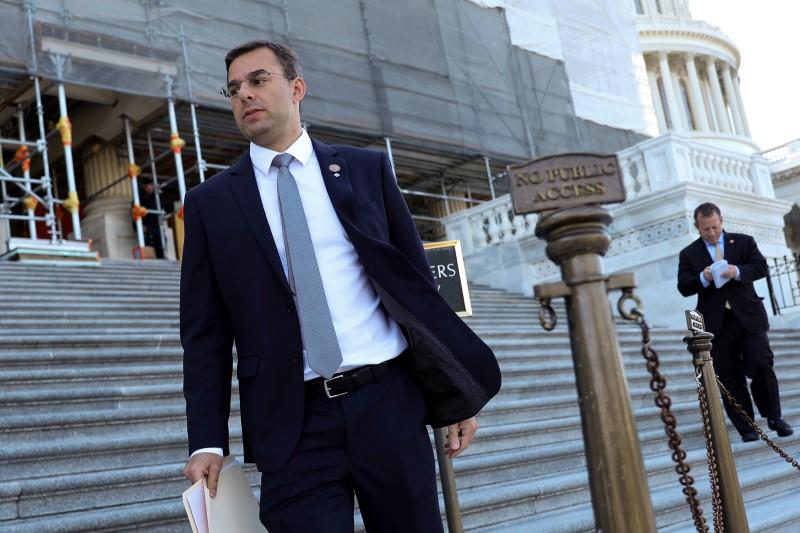 WASHINGTON (Reuters) – With cities across the United States in turmoil over the death of George Floyd, a U.S. lawmaker plans to introduce legislation this week to eliminate a legal doctrine that protects police officers from being sued for illegal and unconstitutional acts.

U.S. Representative Justin Amash, a conservative independent from Michigan, won support from a Minneapolis Democrat on Monday for his “Ending Qualified Immunity Act,” which would allow civil lawsuits against police, a recourse that the Supreme Court has all but done away with.

The high court’s adoption (here) of the qualified immunity doctrine has largely shielded police and other government officials from having to pay financial settlements to victims or grieving families. The doctrine increasingly protects cops even when courts have determined that the officers violated a victim’s civil rights, a Reuters investigation showed here

“The brutal killing of George Floyd is merely the latest in a long line of incidents of egregious police misconduct,” Amash told colleagues in a letter posted to Twitter on Sunday. “This pattern continues because police are legally, politically and culturally insulated.”

“That must change so that these incidents stop happening.”

Representative Ilhan Omar, a Minneapolis Democrat, intends to back the bill, according to an aide. Amash’s office did not respond to Reuters queries.

Amash’s bill joins a flurry of Democratic legislation in the House of Representatives and the Senate, as lawmakers seek ways to respond to the killing of Floyd a week ago. A black man, Floyd died after pleading for his life as a white Minneapolis police officer kneeled on his neck, in a scene caught on video by a bystander.

Protesters angered by the manner of Floyd’s death and racial inequities have demonstrated for six straight nights. Dozens of cities are under curfews following violence and property damage.

Omar and Representative Ayanna Pressley have a bill condemning police brutality, racial profiling and the excessive use of force. Other bills would create a commission to study the social status of black men and boys, create a national registry of police misconduct and discontinue a program that makes military equipment available to local police departments.