A military official said the bombing was in retaliation for an Aug. 15 rocket attack on American forces. 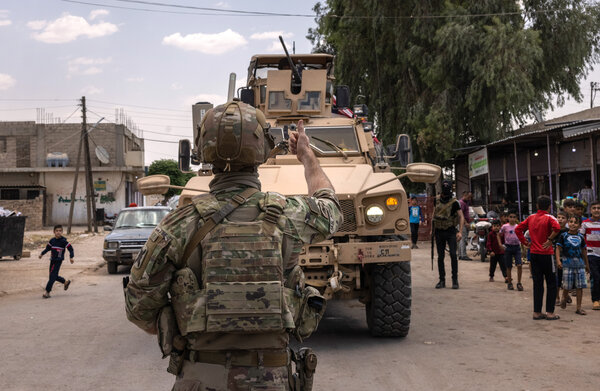 There were not believed to be any civilian casualties in the attack, which took place at 4 a.m. Wednesday local time, according to a U.S. military official, who said the strike was retaliation for an Aug. 15 rocket attack by Iranian-backed forces on American troops in Syria at a base called Green Village. That attack did not harm any U.S. personnel or cause any damage.

The official, who was not authorized to speak publicly about details of the operation, said that American forces spent hundreds of hours surveilling the complex, which contained 13 bunkers.

American troops have deployed to Syria regularly since 2015 to combat the Islamic State. That has occasionally brought U.S. forces into conflict with Iranian-backed militants operating in the country.

President Biden ordered a similar retaliatory airstrike in February 2021 against Iranian-backed forces in Syria for attacking U.S. troops in Iraq.

The latest attacks come even as European officials have expressed new optimism that Iran and the United States might agree to restore the 2015 deal intended to prohibit Iran from building nuclear weapons, which former President Donald J. Trump abandoned in 2018.

U.S. military planners went to great lengths to reduce the possibility of injuring or killing civilians in the Deir al Zour strike, the official said.

American military leaders have expressed greater caution in how they approach such attacks since a 2021 investigation by The New York Times revealed that American airstrikes in Syria had produced far more civilian casualties than previously acknowledged, and spurred Defense Secretary Lloyd J. Austin III to order the military to improve the way it processes reports of civilian harm.