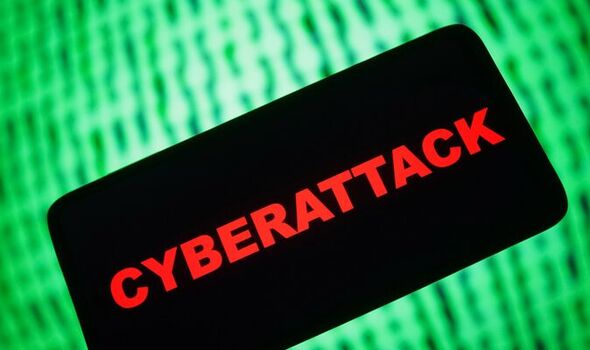 Key public services, banks and other big businesses have all bolstered their cyber defences to combat the increased threat. And the National Cyber Force (NCF) – a partnership between GCHQ, MI6 and the Ministry of Defence – is poised to disarm attacks.

She said: “As we monitor developments, we will be especially mindful of the potential for cyber attacks and disinformation emanating from Russia.

Espionage “Be in no doubt there is work ongoing across government 24/7 to maximise our resilience to any such attacks, which would be met with a suitably robust response.”

The NCF, assisted by specialists from the Defence Science And Technology Laboratory, is tasked with “operating in and through cyberspace to counter threats, disrupting and contesting those who would do harm to the UK and its allies,” says the Government.

The force, set up in 2020 and based in Lancashire, uses “cutting-edge espionage” and other techniques to counter and neutralise cyber threats.

A National Cyber Strategy was launched last December as the Ukraine crisis loomed to strengthen Britain’s “offensive and defensive capabilities”.

Cabinet Minister Steve Barclay assured MPs that Britain has the capacity and ability to deal with Russian cyber attacks.

She added: “The tragic events of this morning shows there’s no space or excuses or justification when it comes to Putin’s continued influence in UK democracy and national infrastructure.”

Yesterday, Lloyds bank revealed it was on “heightened alert” for cyber attacks from Russia after its invasion of Ukraine.

Chief executive Charlie Nunn said preparations were discussed in a meeting between the Government and banking industry leaders on Wednesday.

He said: “We’ve been on heightened alert… internally around our cyber risk controls and we’ve been focused on this now for quite a while.”