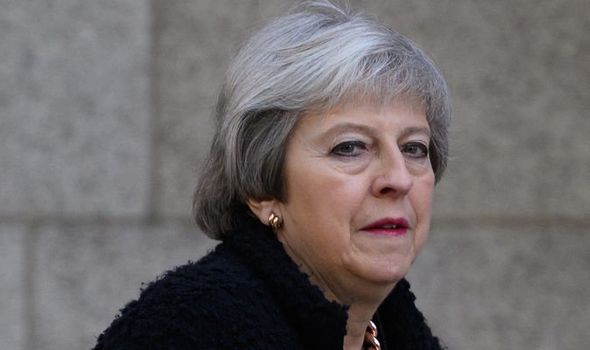 Former defence minister Mark Francois and his 27 fellow “Spartans” used every political tool at their disposal to prevent the Withdrawal Agreement negotiated by Theresa May becoming law.

In his new book, Spartan Victory, Mr Francois describes how he grew convinced that Brussels wanted to trap the UK in its customs union so that “we would never have really left the European Union at all”.

Government whips worked to corral MPs into voting for the deal but Mr Francois was at the centre of a secret parallel operation to target MPs and persuade them to reject it. The members of this core team of “buddies” was kept secret even from senior figures in the pro-Brexit European Research Group (ERG).

It states that it is “difficult to exaggerate” the pressure MPs came under to back the government in the third “meaningful vote”, with one member of the ERG offered a position as a minister of state while others were promised multi-million pound investment in their constituencies.

Their resistance campaign attracted international attention and senior members of the ERG were invited to dine with US Speaker Nancy Pelosi at one of London’s top restaurant. There, she did not like being challenged on her understanding of Northern Ireland, saying: “Don’t patronise us, we didn’t come all this way just to be patronised.”

ERG chairman Jacob Rees-Mogg, now leader of the House of Commons, defused tensions but Mr Francois says he thought: “How dare you fly all the way across the Atlantic to tell us how to run our own country?”

During the Tory leadership election, Boris Johnson was twice grilled by the ERG on his Brexiteer credentials. Mr Francois claims that the future PM had been coached by former Conservative leader, Sir Iain Duncan Smith.

When a rehearsal for the meeting with the ERG had not gone well, the book claims, Sir Iain told Mr Johnson: “You are going to need much better answers than that if you are going to get [Steve] Baker and Francois to support you, Boris, let alone Bill Cash.”

When the leadership audition took place, Mr Johnson was asked if was telling the MPs that on his watch the UK would leave the EU on October 31 “come hell or high water”. He replied that this was “exactly” his position because if the country didn’t cut the cord with Brussels then “this party will soon cease to exist”.

Mr Francois is convinced that most of his parliamentary colleagues had “barely read a word” of the Withdrawal Agreement. He claims that when, after Mr Johnson came to power, he asked Dominic Cummings if he had read it the top aide replied: “No, I haven’t.”

Mr Francois pays tribute to former Ukip leader Nigel Farage, saying: “I believe it is absolutely true to say that, if Nigel had never been born, there would never have been an in/out referendum in 2016 and that we would still be in the European Union to this today.”

However, he says that the small group of Spartan’s who doomed Mrs May’s attempts to get a Brexit deal through Parliament “literally saved their country from becoming a vassal state.”