The damning new survey comes after the Taoiseach suffered an embarrassing defeat in the Irish general election. Leo Varadkar’s governing Fine Gael party finished third behind Fianna Fáil and Sinn Féin – losing 12 seats in the process. The result of the election produced a hung-parliament with Fianna Fáil the largest party with 38 seats, Sinn Féin on 37 and Fine Gael trailing on 35. No party received even half of a parliamentary majority of 80 seats.

The under-fire leader remains as Prime Minister by default, after no party has yet been able to form a minority or coalition Government.

The joint survey by Amárach Research and Extra.ie found just 18 percent of people want Mr Varadkar to be the Taoiseach.

Mary Lou McDonald, the President of Sinn Féin, was the overwhelming choice of those surveyed and commanded 42 percent of the vote. 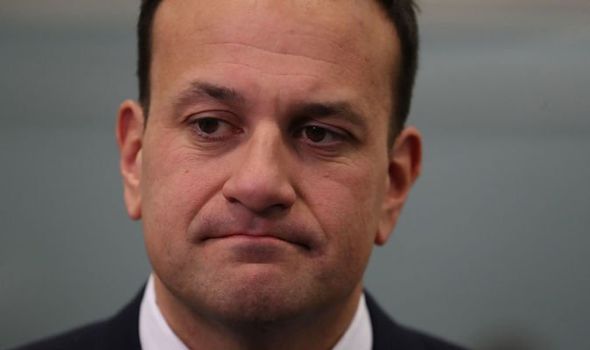 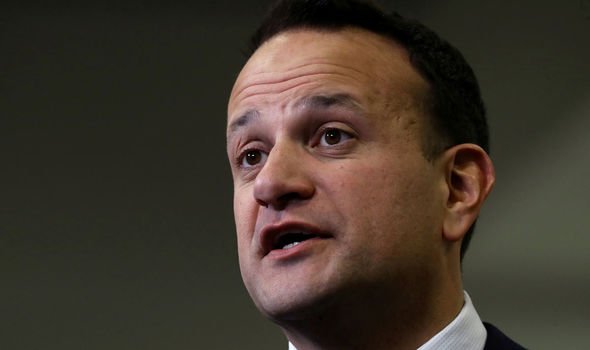 In a second question in the same poll, Mr Varadkar was again rejected by the electorate after just 18 percent said they would vote for Fine Gael to govern the country if a second election was held this yea.

Sinn Féin topped the survey with 35 percent, followed by Fine Gael, and Fianna Fáil on 17 percent.

The Green Party followed on nine percent with the Social Democrats on five percent.

The blow comes after Mr Varadkar’s final attempts to cling onto power backfired, with the Social Democrats refusing to consider being part of a coalition. 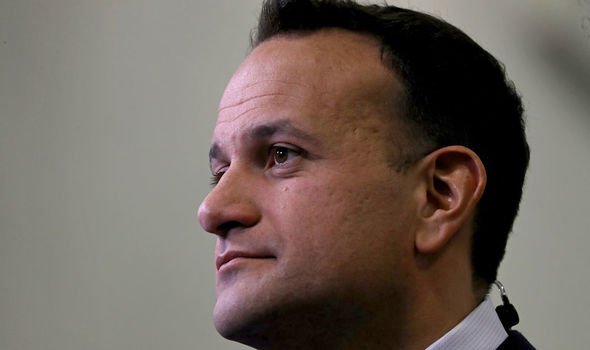 A spokesman for the party said: “It is clear to all that Fine Gael are now engaged in a game-playing exercise and we refuse to participate in what is essentially theatrics by FG.

“We’ve no interest in participating in such a charade.”

Mr Varadkar later conceded his time in office was nearing an end and said his party is preparing to go into opposition in the new Dail.

After a six-hour parliamentary party meeting on Monday, the Fine Gael leader said he “relishes the challenge” to lead in opposition. 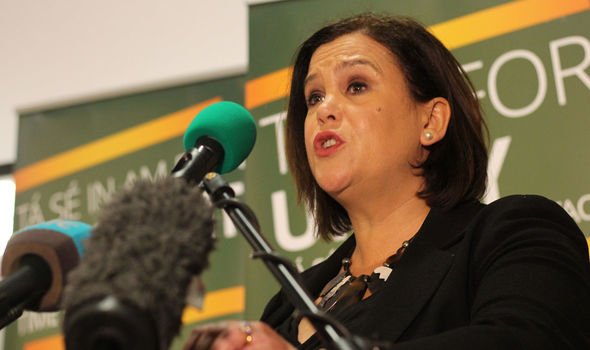 Mr Varadkar said the onus is now on Sinn Fein to form a Government.

He said: “I relish the challenge of leading the opposition, providing good, robust and detailed and forensic opposition to the next Government.

“It’s very much our view that Sinn Fein has the largest party, the onus is on them to form a government with parties of the left and Independents. 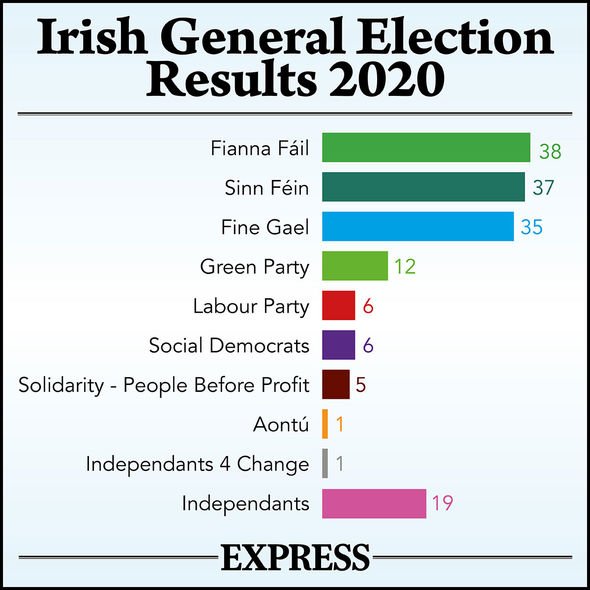 “The onus is on them to deliver on the extraordinary promises that they made to people during the course of the election campaign.

“If they’re unsuccessful the onus then falls to Fianna Fail to form a government with Sinn Fein or other parties and Independents, and they should be given the opportunity to do that.”

Mr Varadkar, despite previously ruling out a coalition with Fianna Fáil or Sinn Féin, left the door open for a possible deal.

He said: “I think that’s just far too many hypotheticals. But certainly we’re not going to be rushed into anything.”

The joint survey by Amárach Research and Extra.ie asked 1,040 people on February 16.