The state’s new ranked-choice system could prove dangerous for Senator Susan Collins, who is running for a fifth term against Sara Gideon, a Democrat. 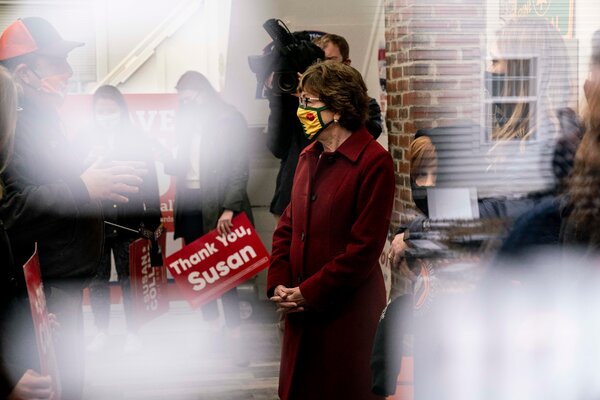 CUMBERLAND, Maine — Sara Gideon, her voice hoarse on a cold Friday night, stood in the center of a fairgrounds stage as the headline act at a drive-through rally, making a closing pitch to a chorus of appreciative car honks and headlight flashes for a government dominated by Democrats that would move aggressively to address climate change, economic and racial inequality and out-of-control health care costs.

A day earlier, Senator Susan Collins, Republican of Maine, had barreled across the state in her signature campaign bus with a very different message, highlighting the billions of dollars she had directed toward Maine businesses during the pandemic and her lifetime of connections built across the state, barely mentioning President Trump or her party leaders as she played up her brand as a moderate pragmatist.

The appearances reflected the contrast between the two women waging the most expensive Senate race in Maine history. It has barely shifted since Ms. Gideon entered the fray more than 16 months ago, hoping to capitalize on liberal anger against Mr. Trump and outrage over Ms. Collins’s vote to confirm Justice Brett M. Kavanaugh to the Supreme Court to deny the Republican senator a fifth term.

But through a presidential impeachment trial, a deadly pandemic and yet another historically partisan Supreme Court confirmation battle, neither candidate has been able to maintain a steady advantage in the race. Instead, because of a relatively new voting system in Maine, the outcome of the contest — and potentially the power balance in the Senate — may come down not to whom Maine voters name first, but whom they name second.

The contest on Tuesday is likely to be the first time that Maine will count second choices in a Senate race using a ranked-choice voting system that has been in place since 2018. It allows voters to list a second candidate and counts those preferences as votes if no one reaches 50 percent when the first-choice votes are tabulated. The system could prove particularly dangerous for Ms. Collins — who like Ms. Gideon has consistently drawn below 50 percent in public polls conducted in recent months — because Lisa Savage, a progressive running as an independent in the race, has urged her supporters to list Ms. Gideon second. 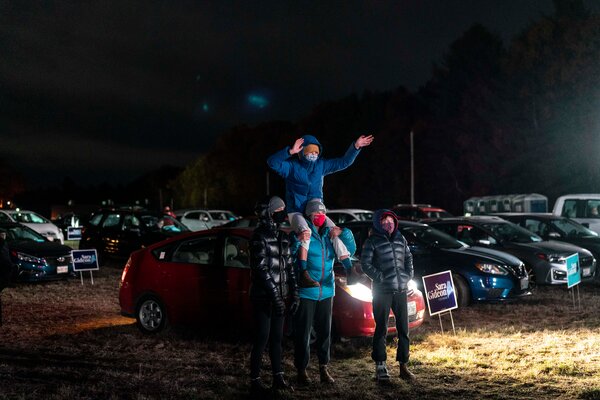 “It’s obviously a very close race, but I feel that momentum is breaking my way,” Ms. Collins said on Thursday, after munching on an ice cream cone as she concluded a whirlwind string of rainy visits to local businesses across two counties. “My goal is to get 50 percent on Election Day, and ranked-choice voting would not come into play. So that’s what I hope.”