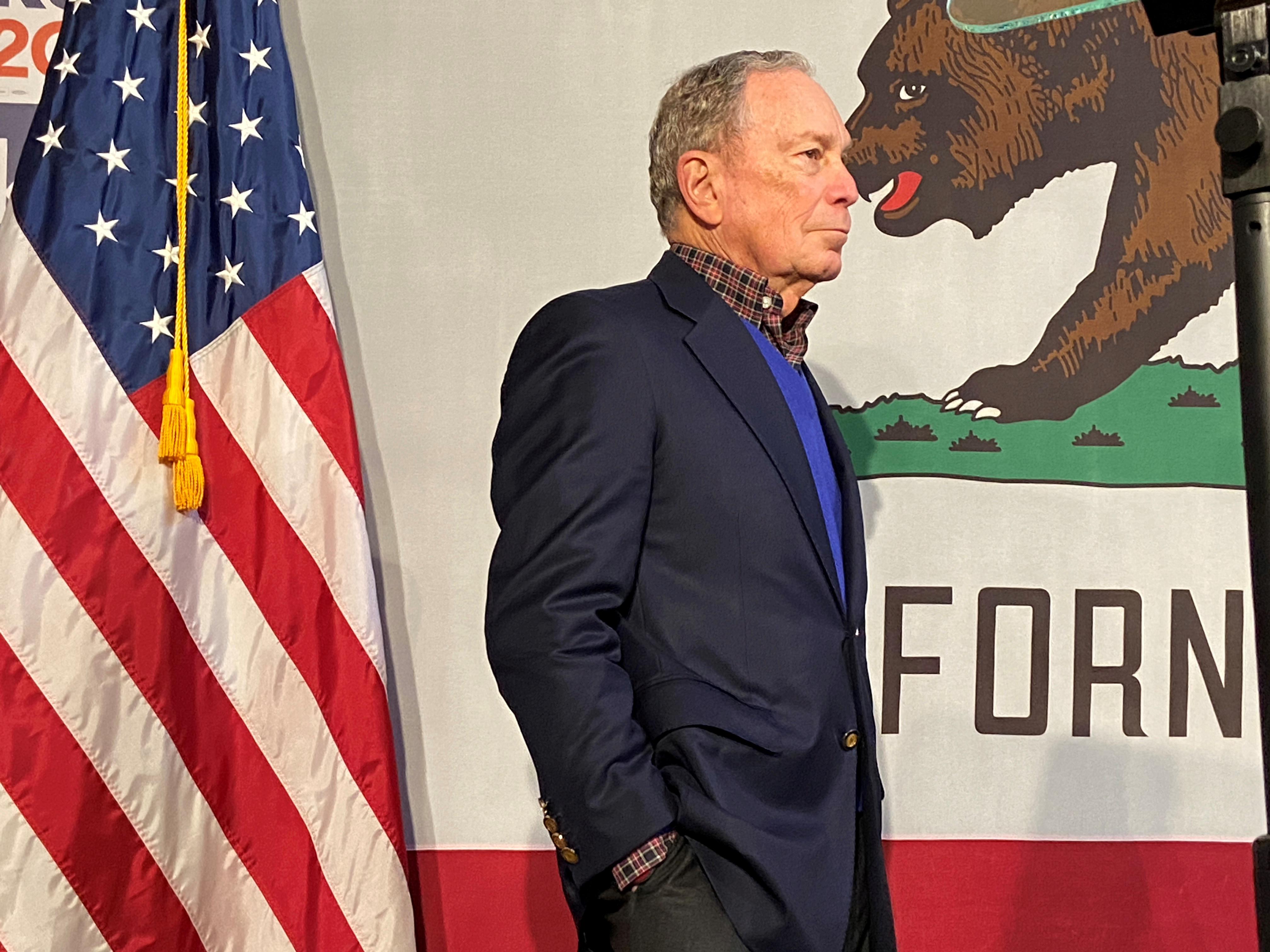 “Mike will get it done,” he said, repeating the slogan that played on his Fortnite and Minecraft gaming videos.

The billionaire candidate, a late entrant in the primary race, is pouring money into Super Tuesday states voting on March 3 and saturating them to a degree that political media strategists and ad-tracking firms said is unprecedented.

California is the single biggest prize of the presidential primary with more than 400 pledged delegates available.

Bloomberg, who has spent about half a billion dollars blanketing the country with ads, has shelled out about $50 million on cable, broadcast and radio ads in California, according to ad tracking firm Advertising Analytics.

“It was like he flipped a switch and his ads were everywhere,” said Timothy Riley, a musician and Bernie Sanders supporter in Los Angeles.

Campaigns can place TV ads in a state through buying commercials on local stations or targeting audience location on internet-enabled TVs and cable or satellite television services.

“Politics is a unique animal in that there’s never seemingly been much concern paid to the frequency piece – in other words, ‘Am I going to do any damage to the candidate or the brand by showing an ad every three ad spots?’” said Joel Cox, co-founder of connected TV ad tech firm Strategus.

The former New York mayor has far outspent his rivals on Facebook ads in the state, paying about $6.8 million in the last year compared to the next highest spender, California billionaire Tom Steyer at $3.3 million, according to Democratic digital firm Bully Pulpit Interactive.

In February, Bloomberg spent 7% of his Facebook ad dollars in Los Angeles, more than in any other metro area, according to data from social media analytics firm Pathmatics.

(See a graphic on the Bloomberg campaign’s Facebook ad spending per state: here)

But some were turned off by the heavy presence of the Bloomberg ads.

“It does put me off,” said Sebastian Barba Ruan, a 31-year-old TV writer in L.A., who is undecided between Sanders and Elizabeth Warren. The identical Bloomberg ads played several times while he was watching old “Ghost Adventures” episodes on the Travel Channel app of his Apple TV and has sometimes heard several Bloomberg ads an hour on the radio while driving.

Bloomberg is also hiring hundreds of paid digital organizers in the state to text and send social media content to their own networks.

“His challenge is not, do people know who he is and what his message is? It’s if people agree with it,” said Jaye.