Sir Bill Cash will be an instrumental figure as MPs prepare to return to the House of Commons on Wednesday to vote on the European Union/UK Brexit trade deal.

Britain and the European Union agreed a trade deal on Christmas Eve after months of negotiating.

EU ambassadors have received a Christmas Day briefing on the post-Brexit trade deal reached with the UK.

EU chief negotiator Michel Barnier updated them on the agreement, reached after months of fraught talks on fishing rights and business rules.

MPs will vote on the deal in Parliament on Wednesday, December 30, with the UK prepared to exit existing trading arrangements on December 31. 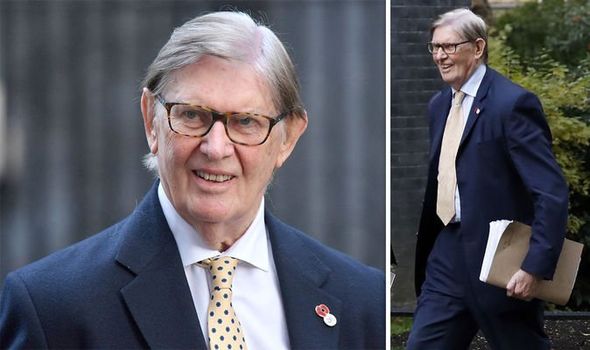 We will use your email address only for sending you newsletters. Please see our Privacy Notice for details of your data protection rights. Ben Habib savages Boris’s deal over five CRITICAL flaws

Who is Bill Cash?

Sir William Cash is a British Conservative Party MP who has served since 1984.

He was first elected for Stafford and then for Stone in Staffordshire in 1997.