Students around the US marked the anniversary of the school shooting in Parkland with moments of silence. 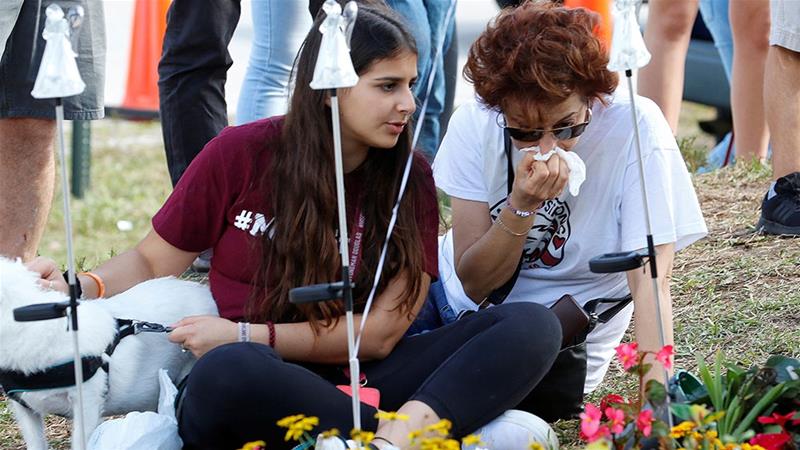 Hundreds of thousands of students and adults across the United States bowed their heads in a moment of silence on Thursday to mark the first anniversary of the shooting rampage at Marjory Stoneman Douglas High School in Parkland, Florida that left 17 people dead.

The killings on February 14, 2018, inflamed the national debate over guns, turned students and survivors into political activists and gave rise to some of the biggest youth demonstrations since the Vietnam era.

A moment of silence at more than 1,000 Florida schools was held at 10:17am local time (15:17 GMT), though the shooting actually began in the afternoon.

School officials picked a different time because Stoneman Douglas students were being dismissed early to avoid being on campus at the hour of the attack.

Many Stoneman Douglas students arrived at school on Thursday wearing the burgundy #MSDStrong T-shirts that have become an emblem of the tragedy.

Outside the school, clear plastic figurines of angels were erected for each of the 14 students and three staff members killed. 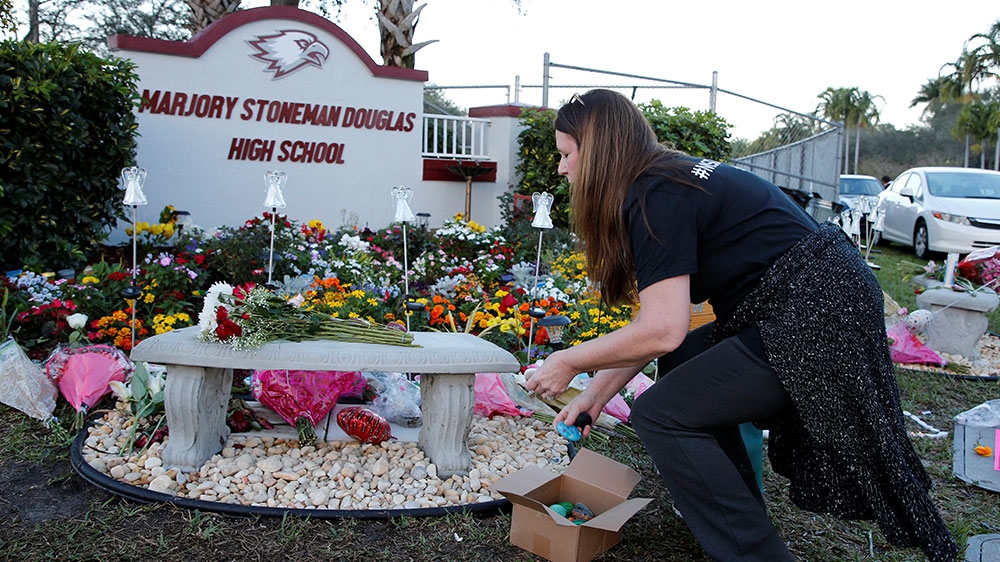 Reporters were not allowed inside the school, but students worked on service projects as a way of trying to turn the tragedy into something positive, and grief counsellors and therapy dogs were made available along with massages and pedicures.

An interfaith service was scheduled for later in the day at a park nearby.

‘A second chance at life’

Freshmen Jayden Jaus and Matthew Sabia, both 14, helped mark the day by packing lunches for children in Haiti, putting rice, vitamins and soy into bags.

Jaus told the Associated Press news agency the moment of silence was “a bit emotional and a little intense” as the principal read the victims’ names over the public address system.

Many other Stoneman Douglas students skipped school. For some it was too emotional; others did not want to be in the spotlight.

Sophomore Julia Brighton would not go inside, instead she placed flowers at the outdoor memorial.

She told the Associated Press she suffered from nightmares for months. Staying outside “felt like it would be a better experience for me instead of being at school and putting myself through that,” she said. 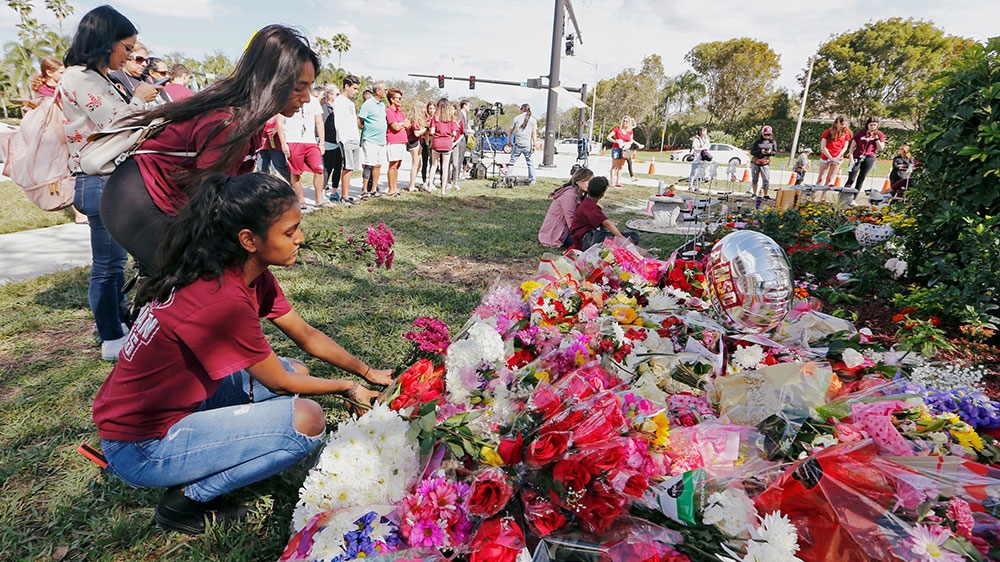 Alexis Grogan, a junior, said she was spending the day picking up rubbish on the beach, dedicating her work to those who died.

“I survived something, and I don’t want to waste what I call a second chance at life because those who have passed don’t get that,” she said. “We have to make a difference for them,” she added.

Classes were almost over last Valentine’s Day when authorities say 19-year-old former student Nikolas Cruz stormed the place with an AR-15 assault rifle. Cruz, now 20, had a long history of emotional problems and threats. He is awaiting trial.

Victims’ families who have spoken publicly said they would spend the day quietly, visiting their loved ones’ graves or participating in low-key events like a community walk.

“We don’t need (the anniversary) to remind us what happened. We live with it every day,” said Andrew Pollack, whose 18-year-old daughter Meadow died in the attack.

The massacre led some Stoneman Douglas students to form the group March for Our Lives, which holds rallies around the country for tougher gun regulations and registers young people to vote.

Teen students have also partnered with media organisations to documents the stories of children killed by a gun. Over the past year, more than 1,200 children were killed in gun violence, according to the Gun Violence Archive.

Weeks after the massacre, Florida’s Republican-controlled Legislature and GOP governor raised the age to buy a rifle from 18 to 21 and passed a so-called red-flag law allowing judges to take away the weapons of those who are considered a danger to themselves or others.

Several other states have followed suit.

But other states moved in the opposite direction, making it easier to carry weapons in public and strengthening legal protections for people who claim they shot someone in self-defence.

Overall, 40 states passed some kind of legislation related to guns in 2018, either imposing restrictions or expanding gun rights.