It’s only a gate. A big, reinforced iron gate protected by paratroopers, but nevertheless it is just a gate.

On one side a rocky drive leads to a complex of apartments and offices and tree-lined streets filled with evacuees.

On the other side, it is a vision of misery.

There is a dusty, rubbish strewn street filled with thousands of people desperate to take the three steps needed to cross the threshold to the Hamid Karzai International Airport and sanctuary.

Right now it’s the longest three steps in the world. For the hopeful they are stuck in a sort of purgatory.

Day, night, it makes no difference – in their thousands they have to wait, sleeping rough and hoping for news.

Hoping they can get into the system, a system that can get them out of Afghanistan.

The truth is most of them probably won’t because they don’t have the right paperwork.

At night we walk past thousands of children, parents and grandparents grabbing sleep where they can or basically passing out from exhaustion. The struggle never stops.

The soldiers do their best to help, but there is no food out here and little water. 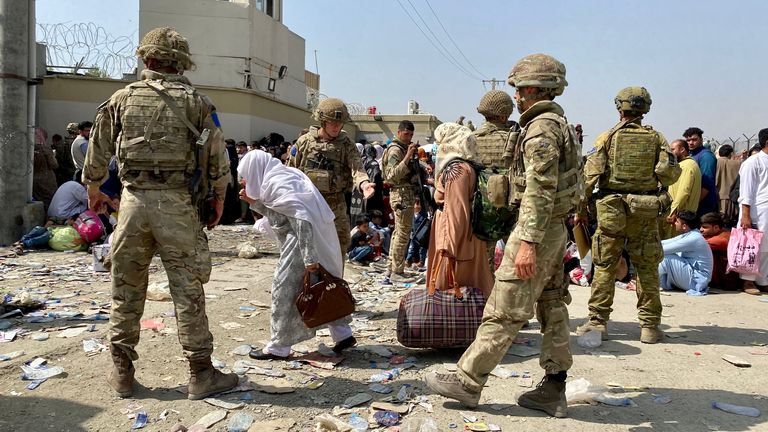 Thankfully, it is cooler at night. But when the sun comes up the true horror of the conditions these people are living in is obvious, and it is absolutely dreadful.

In the American section of the processing chain, they are penned in behind cement road blocks and guarded by hundreds of armed, sunglass-wearing US Marines.

The heightened security threat alert identified by the Americans means there’s no movement allowed at all. 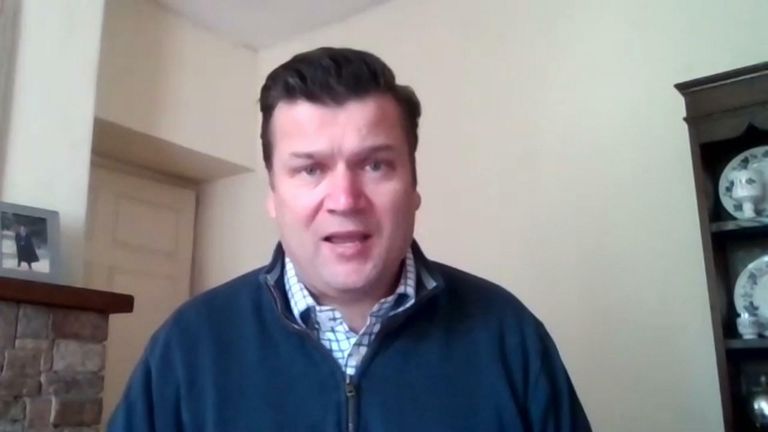 There is no shade here, only what can be fashioned from scarves and plastic bags.

Soldiers are slowly trying to work through paperwork belonging to thousands of people but the conditions of entry to the United States are getting stricter and more and more are failing the eligibility test.

Even those who have been contacted by the State Department to go to the airport for a flight out have been denied.

We met one woman, a worker for USAID, who struggled through the crowds for a day with her family and elderly mother.

She got through the gate, had her documents checked by multiple US soldiers, spent the night outside sleeping without any food or water, and once she got to the final step, was told the flight was only for American passport holders.

Instead of putting her family in a separate section of the crowd, the American soldiers threw them out of the airport complex.

They now have to run the gauntlet – again – if they can bear to. 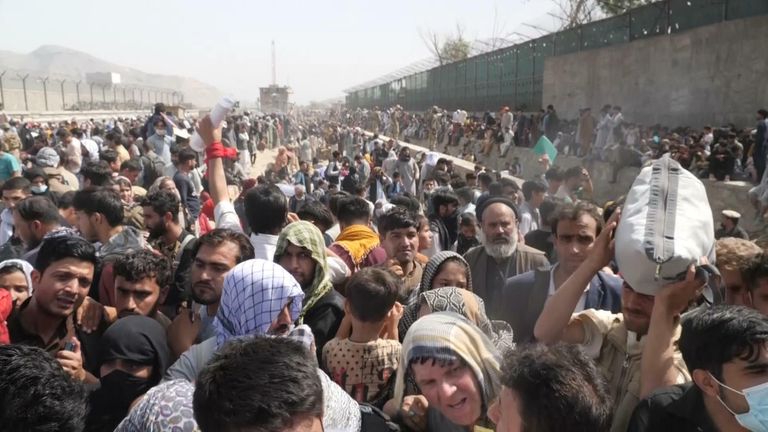 At the British end of the process, the paratrooper and Taliban cooperation is actually working quite well. They are at least communicating.

You couldn’t make it up – Taliban fighters oversee the crowds from sea containers the paras put in a couple of days ago to create a screening barrier.

Containing the crowds is vital here and clearing up this evacuation mess requires some pretty lateral thinking and that means working with the “enemy”.

Obviously after 20 years of fighting this is something of a culture shock for the soldiers but also the Taliban.

The commanding officer of 3 Para, who have been brought in to assist in the crisis, said it was a simple fact that if the paratroopers weren’t there to do it “nobody else would”.

“The main thing for us is to make sure that we have a smooth system to get those entitled people through,” Lt Col Will Hunt told us. 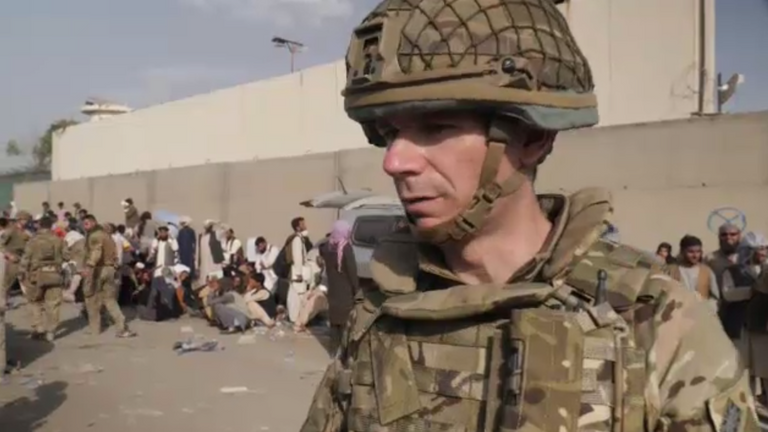 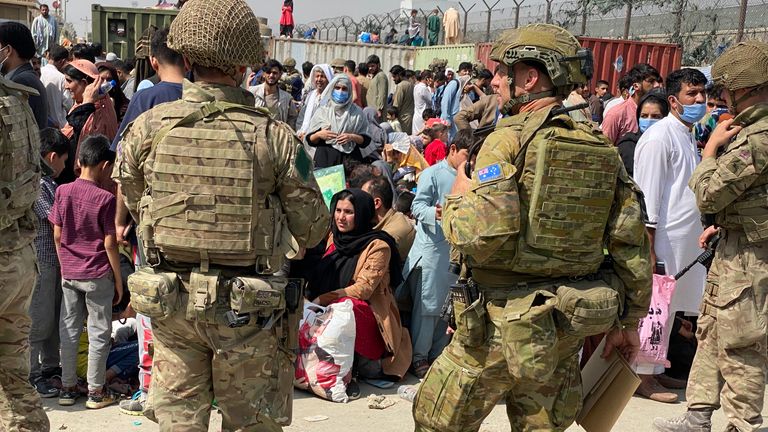 “At the moment that involves an element of the Taliban being here alongside us as you would’ve seen while you’ve been here – and also we have to put our thoughts of previous tours aside because obviously everyone’s trying to get the safest situation here, which is to avoid a humanitarian crisis and bring those people through who need to.”

This airlift is now a multinational nightmare, not just for the US and Britain.

In the crowds they try to identify themselves to the soldiers and foreign services of countries they have links to.

One group are wearing T-shirts with Finland and the country’s flag drawn on it.

But there are plenty of other countries as well: Spain, Poland, New Zealand, Australia, Canada, Germany, Austria… the list goes on.

Their days are spent hoping someone will spot them and take them out of this hellhole and put them on a plane.

The wait is often days and days.

In the horrendous rush to get here families have been split. We saw posters for missing children dotted among the crowds.

People search for their loved ones in a daze of panic – but this is a tough environment and only a few will make the flights.

Only some will go as a complete family, and nobody knows how long they have left before the flights stop. It is purgatory.