The Taliban could begin an assault on Afghanistan’s capital within days, a US defence official has warned.

Resistance from government forces has been crumbling, with insurgents seizing Afghanistan’s second and third-largest cities in recent days.

The Taliban now holds half of the nation’s 34 provincial capitals and controls more than two-thirds of the country. 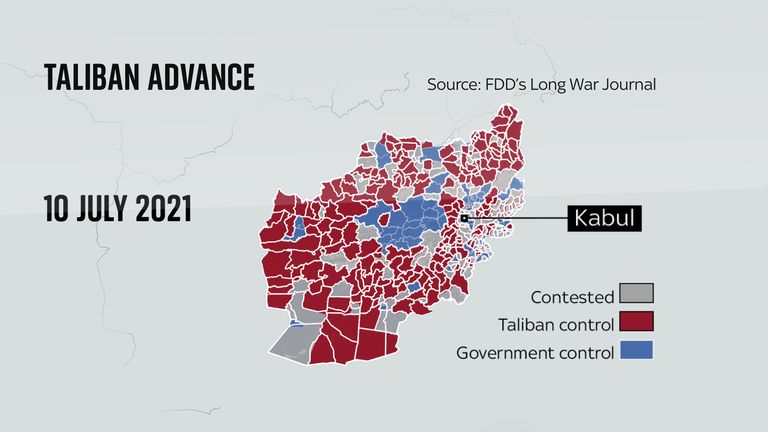 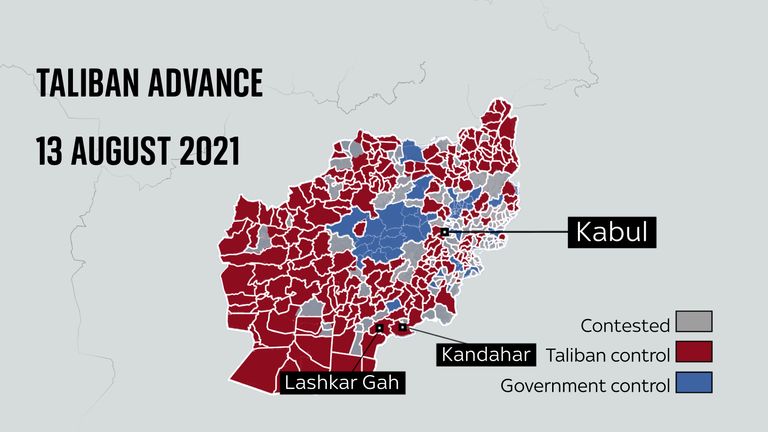 UN Secretary-General Antonio Guterres has warned that “Afghanistan is spinning out of control” – and says more needs to be done to protect civilians.

Officials at the United Nations have warned the current situation has “all the hallmarks of a humanitarian catastrophe”, with 400,000 people forced from their homes since the start of this year.

In Herat, a city of 600,000 people to the west that fell under Taliban control on Thursday, local politicians said families have either fled or are hiding in their homes.

The “vast bulk” of British citizens in Afghanistan are going to be brought back to the UK in the coming days, Boris Johnson has said.

Efforts are also going to be stepped up to relocate Afghans to the UK who have assisted the military operation since 2001. 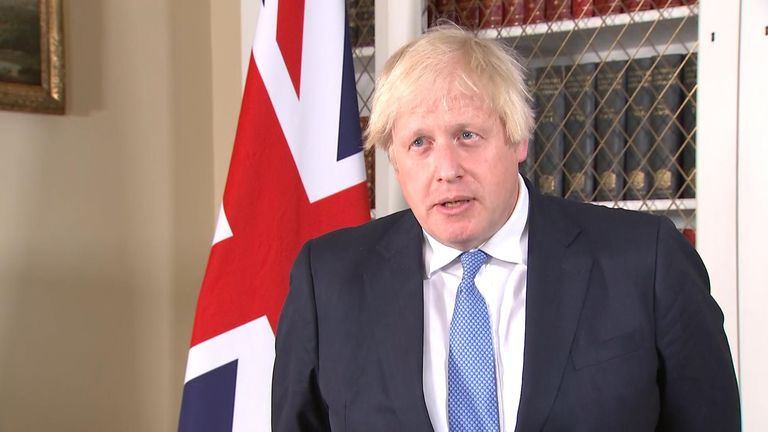 The prime minister rejected the notion that the sacrifices of British forces over the past 20 years – and said the threat from al Qaeda has been “greatly, greatly reduced”.

However, Mr Johnson warned there is no “military solution to prevent the Taliban’s resurgence. He said: “I think we have got to be realistic about the power of the UK or any power to impose a military solution – a combat solution – in Afghanistan.

“What we certainly can do is work with all our partners in the region around the world who share an interest with us in preventing Afghanistan once again becoming a breeding ground for terror.”

The UK is deploying 600 troops to Afghanistan to help evacuate Britons, while the US is sending 3,000 additional soldiers to assist with the departure of some embassy staff.

Although the mission of the newly arriving soldiers is said to be limited to airlifting embassy personnel and Afghan allies, they might have to stay longer if the US embassy is threatened by a Taliban takeover of Kabul.