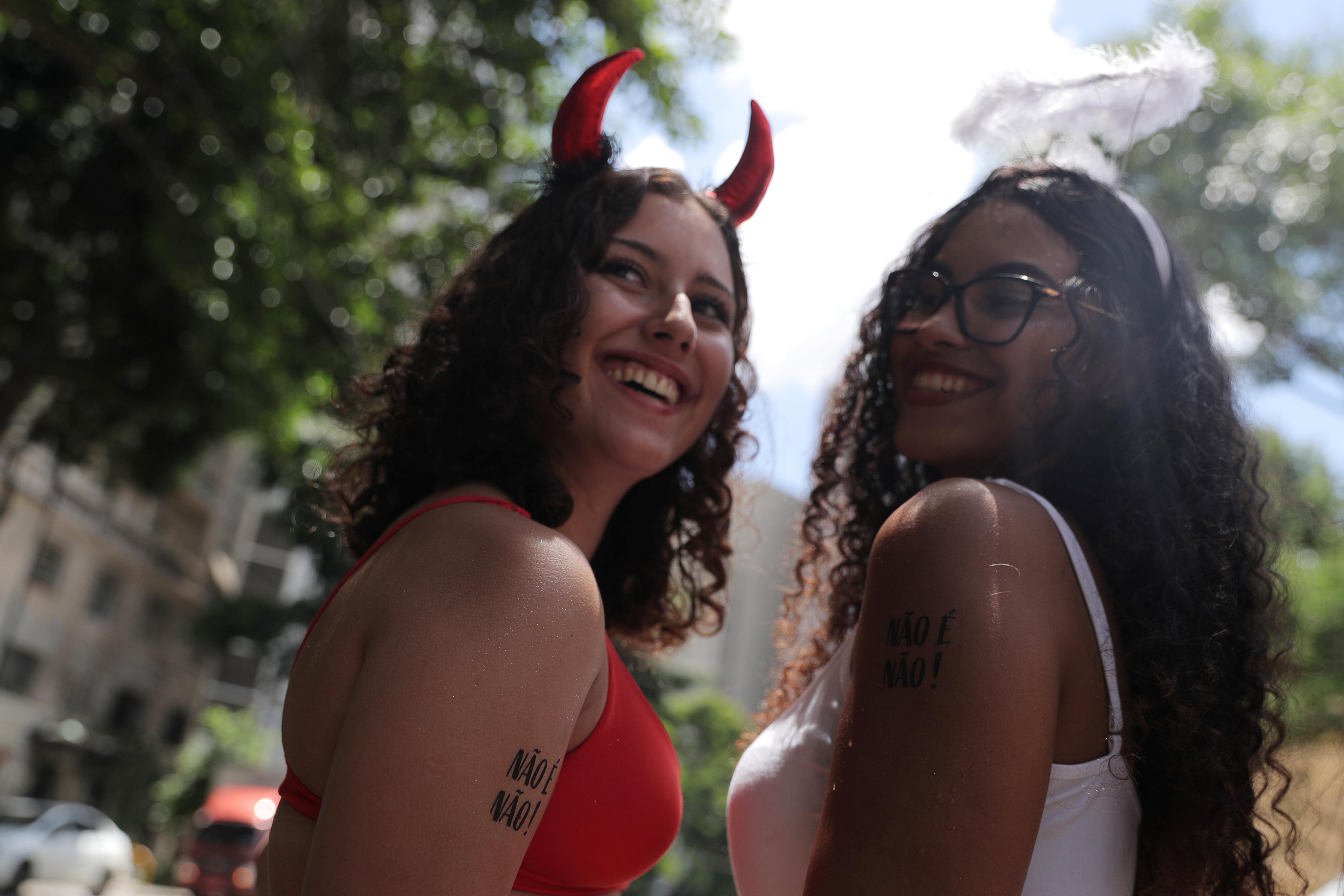 While the rest of the shimmering, semi-naked crowd load up on vodka mixers at Casa Comigo, a street party the Saturday before Brazil’s carnival holiday, this group is on a different mission – to make sure the sensual chaos stays consensual.

“You’re the angels for today,” a woman in a multi-colored headdress and fluorescent earrings tells the eclectic group of 11 as they’re handed stacks of temporary tattoos and stickers with the message “no means no.”

A group of volunteers linked to Sao Paulo’s City Hall, the ‘angels’ circulate at street parties raising awareness of sexual harassment. They are also on the lookout for the drunk and vulnerable or incidents of sexual assault.

In Brazil it is a said that during carnival “vale tudo” or “anything goes,” promiscuity is celebrated and no costume is too much, or indeed too little.

But there is a darker side getting increasing attention. Reported cases of sexual violence jump by around a fifth in the months of carnival, according to the federal government.

Luna Souza a 20-year-old black trans woman with a headband of gold tinsel, weaves between drinks stands sticking “no means no” to coolers and parasols.

A group of teenage girls rushes over shouting, “I want one! I want one!” They proudly put the round red stickers on their chests like stop lights.

Souza decided to volunteer in part due to her experience of being groped in clubs. “I’m here for the cause,” she says.

“We live with harassment every day, but during carnival it’s worse,” said Heloisa Aun, a 26-year-old journalist with a purple sparkling Venus symbol dangling from her left ear.

Aun began campaigning at carnival five years ago. Back then she was largely alone, now there are 50 fellow angels in Sao Paulo and 100,000 stickers to distribute.

“I do think things are changing,” she said, despite having suffered harassment while volunteering.

As the angels sprinkle stickers through the crowd, Souza hands one to a muscular man with a pectoral tattoo of a giant scorpion. He holds it suspiciously, pauses, shrugs and sticks it over the center of his giant chest.