Violence erupted in Armenia’s parliament on Wednesday with officials hurling objects and grappling with one another.

The mass brawl unfolded after a ruling party lawmaker branded some of the country’s former defence ministers “traitors”, according to the TASS news agency.

Footage of the incident shows security officers rushing to the floor of the house after being called to remove members during the unrest. 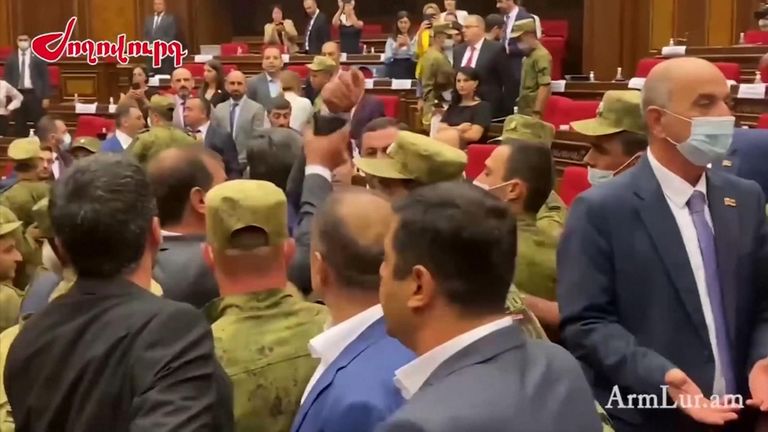 It is thought to be the third bout of violence in the past three days at the parliament building, in Armenian capital, Yerevan.

The disturbance prompted parliament to called a recess.

The current parliament met for the first time earlier this month after Prime Minister Nikol Pashinyan claimed victory in elections this summer. 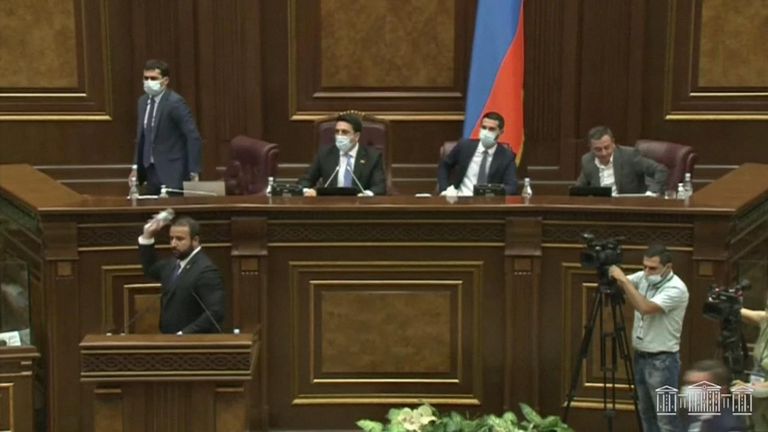 Domestic political tensions have run high in Armenia since a war last year, when Azeri forces drove ethnic Armenians out of territory they had controlled in and around Nagorno-Karabakh since the 1990s.

Scuffles broke out in parliament in November last year, as protesters, angry at a ceasefire deal with Azerbaijan, stormed the chamber in Yerevan.

Thousands are feared to have died since the conflict in the breakaway territory – internationally recognised as part of Azerbaijan but populated and controlled by ethnic Armenians.