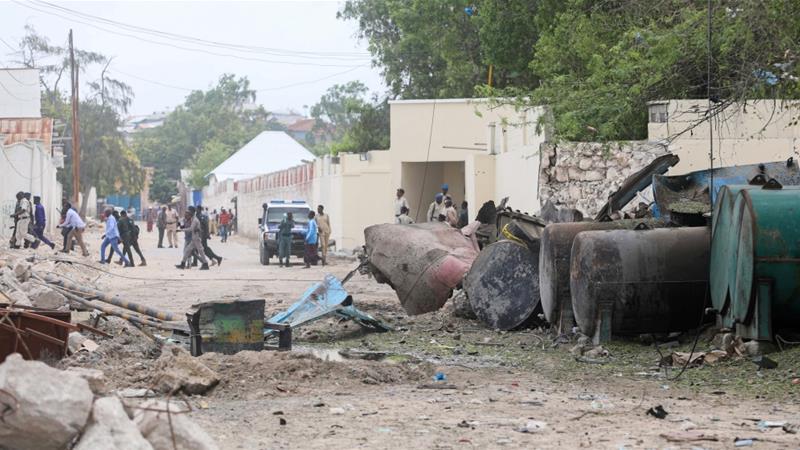 Explosions rocked two of Somalia’s largest cities on Saturday as officials said a suicide car bomber detonated near the port in Mogadishu and a landmine in a restaurant on the outskirts of Baidoa killed four people.

Al-Shabab, which is fighting to overthrow the country’s UN-recognised government, claimed responsibility for both attacks.

Ali Abdullahi, an official with the South West regional state, told The Associated Press news agency the mine was detonated by remote control as people were dining during the morning rush. Several others were wounded.

In Mogadishu, thick smoke billowed over the port area after police Colonel Ahmed Ali said the car bomber detonated near the gates of the motor vehicle imports duty authority headquarters.

The bomber sped through the first security checkpoint before police officers opened fire on the vehicle, which exploded outside the gates, said Ismail Mukhtar, spokesman for Somalia’s information ministry.

The blast shook the ground, said Mohammed Ali, a shopkeeper in the area. At the city’s Madina hospital, a nurse, Halima Nur, said it received five people injured in the blast.