Temperatures will plunge below freezing for some parts of Europe this week, prompting snowfall, according to BBC meteorologist Chris Fawkes. The weather presenter also forecast that heavy rain and thunderstorms are expected across particularly eastern areas of Spain over the next few days. He explained that an area of low pressure is bringing these “heavy downpours” to the eastern side of Spain, and quite widely they will bring 50 millimetres of rain to parts of the continent.

Mr Fawkes told viewers: “But some areas could see as much as 100 millimetres from these downpours as we go from Friday into Saturday.

“If anything, those showers will tend to move a little bit further eastwards across the Balearic islands into Corsica and also Sardinia during Saturday.

“An odd shower for eastern areas of the Mediterranean to watch out for too. You might see one or two in Cyprus.

“Working into northeast Europe, we’ve got some cold air with us at the moment.” 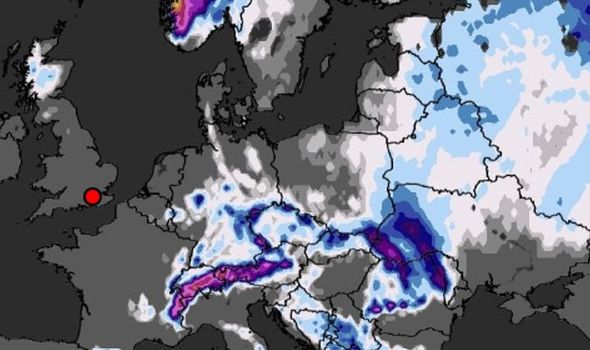 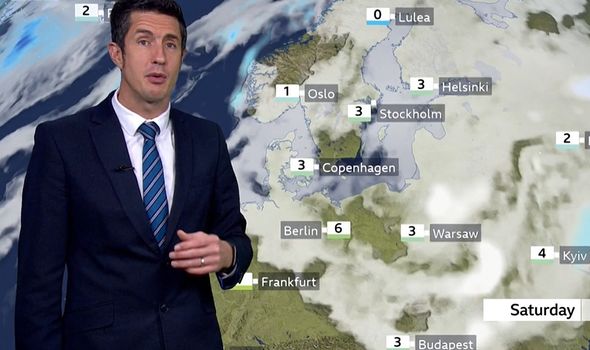 He continued: “That’s going to be bringing some snowfall, particularly across west Russia into northern areas of Belarus.

“We could see around five to 10 centimetres of snow building in between Friday and Saturday.

“Some snow flurries further north as well, but the amount will tend to be much less across Scandinavia.

“Looking at the charts for Sunday, we’ve got more in the way of rain and thunderstorms extending in across Italy.” 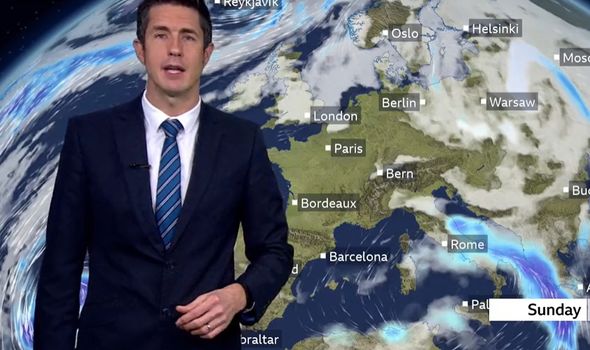 The BBC presenter added: “It will change the weather for Greece, and also eventually western Turkey.

“Rain or thundery showers will be developing here. For Spain, the rain will ease off across eastern areas, it should become dry on Sunday.

“After that, while we’re in Madrid, we’re looking at partly cloudy skies.” 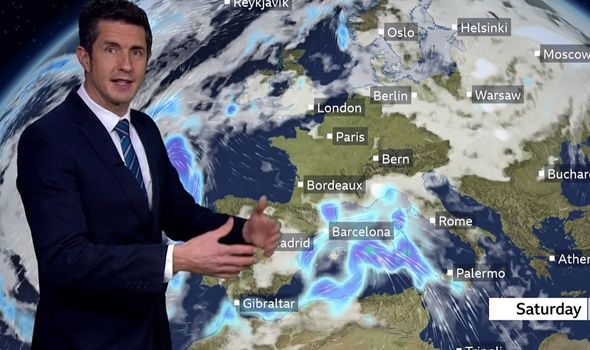 Mr Fawkes said: “Some bright or sunny spells, a lot of dry weather to come.

“In Paris, it gets a little bit colder as we get into next week, with temperatures dropping down to four degrees.

“Still quite chilly air in Moscow, perhaps snow easing to sleep for a time.

“But for next week, temperatures will dip below freezing to minus two degrees.

“Similarly in Kyiv, temperatures will level off at zero degrees.”