BBC meteorologist Stav Danaos told viewers that “some warm air” is currently coming up from the Azures. He forecast that this will bring “very high temperatures” to the Iberian peninsula. In fact, the weather presenter noted that on Wednesday, we could see 31C or so across parts of Andalusia.

“We’ve got areas of cloud spreading across central and eastern Europe, bringing some rain and also significant snow, which we see over the Alps.

“Meanwhile it stays pretty cold, windy and unsettled across the northwest of Europe thanks to areas of low pressure.

“There’s another area of low pressure in the southeast of the continent.” 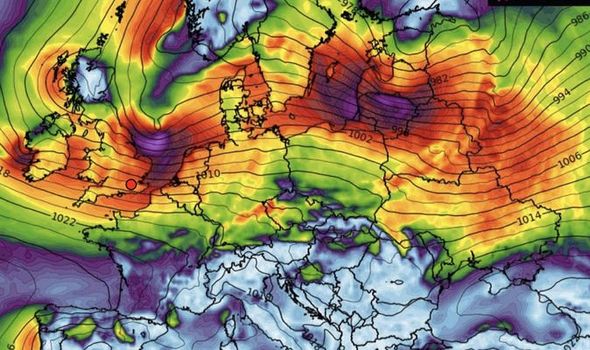 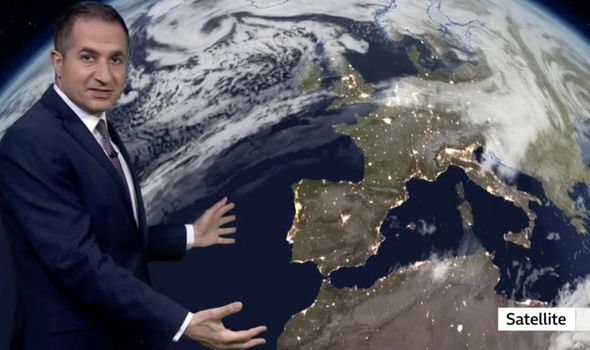 He continued: “This one will affect mainly Egypt, but spin up into Cyprus and the Levant region.

“This will bring some strong winds, thunderstorms and choppy seas.

“There’ll be lots of sunshine for Greece, the islands and southern Italy.

“Of course, the Iberian peninsula maybe not quite as hot on Thursday as what we’ll see on Wednesday.” 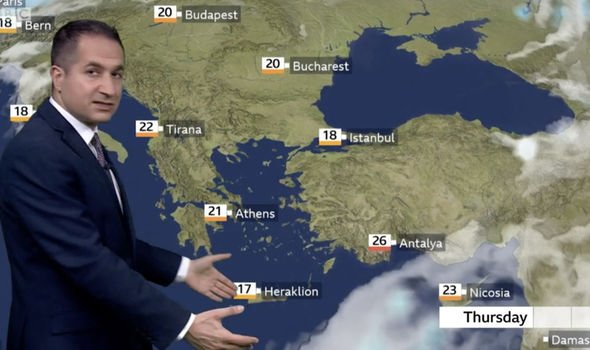 The BBC presenter added: “But still temperatures will be above the seasonal average.

“It will be chilly across northwestern parts of Europe and in towards Scandinavia with further rain, sleet and snow.

“On Friday, that area of low pressure begins to spin away gradually from Egypt and from Cyprus, pushing on into the Levants.” 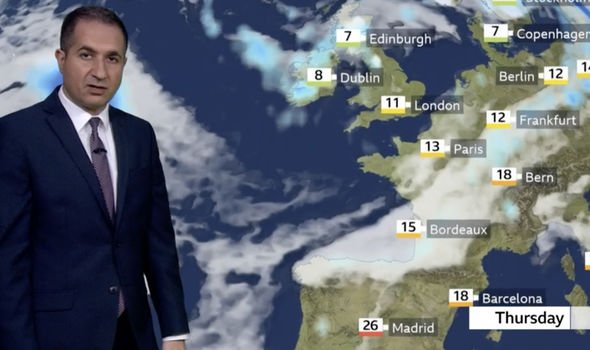 Mr Danaos also told viewers: “It’s still warm across the southwest and it will be sunnier as well through central Europe.

“However, there’ll be a risk of thawing over the Alps and the Pyrenees which could lead to some Avalanches over the next few days.

“In Madrid and Rome, the temperatures will drop a little bit as we head on into the weekend.

“For Nicosia, it turns drier into the weekend, getting a little bit warmer too.

“There’ll be plenty of dry and sunny weather in Athens.”