BBC meteorologist Carol Kirkwood warned that the UK is looking at a fair bit of cloud today with a weather front coming this way and also some rain as well. She said that some of that rain will be heavy as it moves in particularly across southwest Scotland where the Met Office has a weather warning for heavy rain. It will be 15 to 30mm roughly, which is in excess of an inch at its top level.

Ms Kirkwood told viewers: “But in the hillier areas of Dumfries and Galloway, we could see twice that amount.

“We’ve got low pressure dominating our weather with various fronts going through.

“The first one will bring some rain, the second one following hot on its heels with bring in some rain as well.

“It will be a relatively dry and bright start for many, and a chilly start in the south east.” 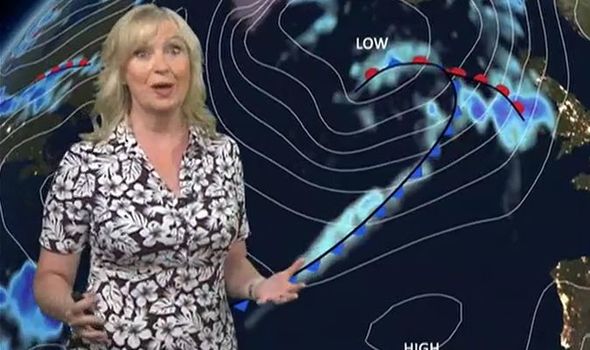 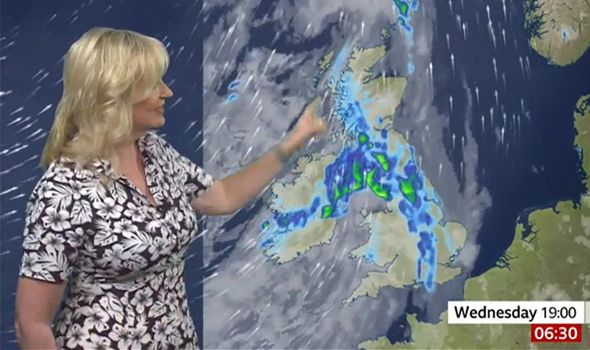 She continued: “After that our rain comes in from the west, and we can expect some heavier bursts.

“The second front coming in right behind it will bring more rain to Northern Ireland.

“Where these two weather fronts join is where we’re likely to see the heaviest bursts.

“That’s why we’ve got the Met Office yellow weather warning for rain.” 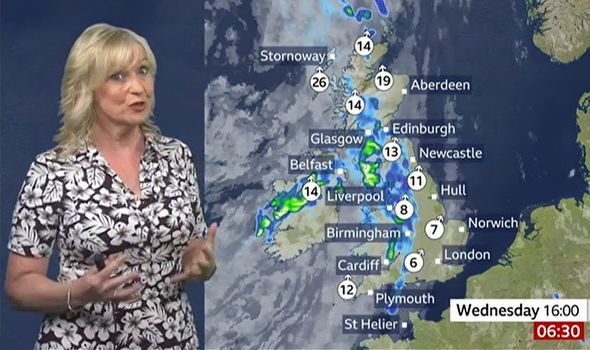 The weather presenter added: “It’s going to be a noticeably windy day today, particularly in the north.

“There’ll be lighter winds as we come further south in comparison.

“But gusty winds will be gusting at 40 to 45mph in the northern isles.” 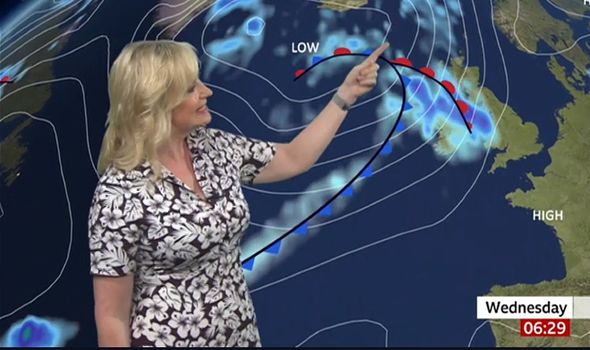 “Temperature wise, it will be 15 degrees in the north to about 20 as we push down towards the south.

“Through overnight, our first weather front continues to journey steadily towards the North Sea, eventually clearing.

“The second one just moves across England and Wales, ahead of it a fair bit of cloud.

“Behind it some clear skies and some cloud in a few showers.”