The latest BBC weather forecast showed that an Arctic blast is set to unleash a snow storm across northern Europe. A dramatic drop in temperature will see Scandinavian cities plummet to -8C, and even cities like Madrid in Spain could see a 13C plunge in a single day by tomorrow. BBC meteorologist Stav Danaos warned that “an Arctic chill” will bring with it subzero temperatures and snow flurries deep into Europe.

He said: “We have an Arctic chill coming down, bringing with it cooler temperatures and some snow flurries in Scandinavia and parts of Eastern Europe.”

Danaos also warned that southern Europe particularly across the Mediterranean and the Iberian peninsula will see torrential rainfall.

The BBC meteorologist explained: “One area that has seen very heavy rain this week already is the eastern Mediterranean.

“On Sunday we have another area of low pressure there, bringing wet weather in northern Greece and the Balkans.” 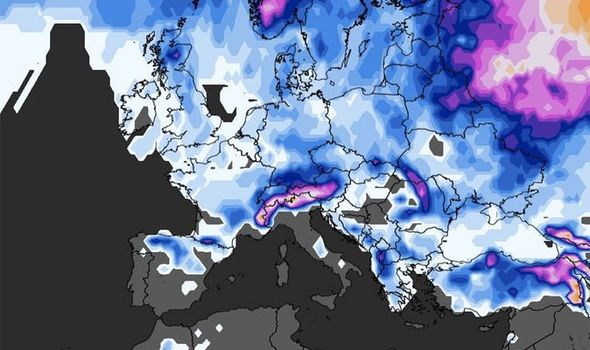 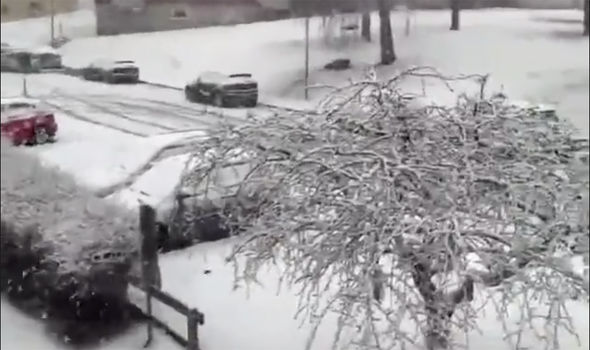 He continued: “There will also be some snow over the higher ground as the colder northern front starts to set in.

“On Sunday we will also see low pressure push into the Iberian peninsula, bringing in some few showers popping up in Spain.

“On Monday that area of low pressure brings some cloudier skies and outbreaks of rain to central, eastern Spain as well as southern France.

“There is the possibility of snow in the Pyrenees as well.” 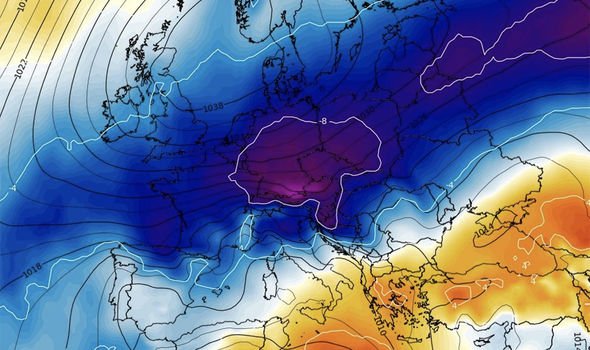 Spain has already issued an alert for the country, particularly in the north-east, this weekend.

This comes as one meteorologists predicted that early spring in the UK will bring “a large range of temperate at times, giving some cod frosty nights followed by some pleasantly warm days”. 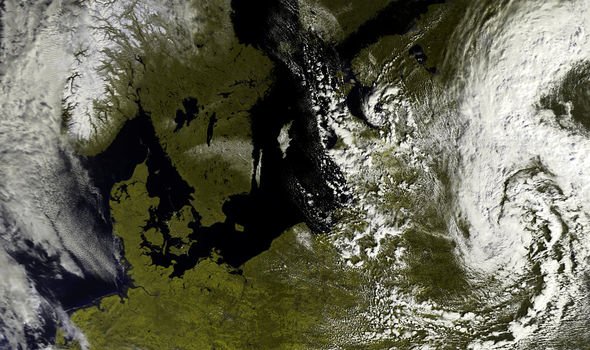 This weekend, much of the UK is forecast to see strong winds and rain which could continue into next week, according to weather maps.

WXCHARTS maps, which use data from MetDesk, show winds beginning to arrive to the west of the UK on Sunday.

In the Middle East, a huge sandstorm that can even be seen from space has swept across the region this week, sparking apocalyptic fears among residents.

The sandstorm appeared to block out the sun in parts of Egypt on Friday, where extreme widespread flooding has already killed at least five people.

Egypt declared a state of emergency on Thursday ahead of the devastating floods and sandstorm, which was tied to a “rare intense cyclone”.