Darren Bett forecast warm weather for southeastern parts of Europe while the majority of the continent remains chilly. The BBC meteorologist added that it is threatening to flood in parts of Spain, France, and Switzerland as wet weather is developing in Europe.

Mr Bett said: “Southeastern parts of Europe are still quite warm for this time of year and that heat may well build.

“For many other parts of Europe, it is still on the chilly side for late April, an area of cloud has been producing some rain.

“That rain is going to be working its way towards those Baltic states, we will be left with a trail of patchy rain and showers possibly thundery all the way down to the Alps.

“Southeastern parts of Europe are where we have got the high temperatures, there will be some warm sunshine in there. 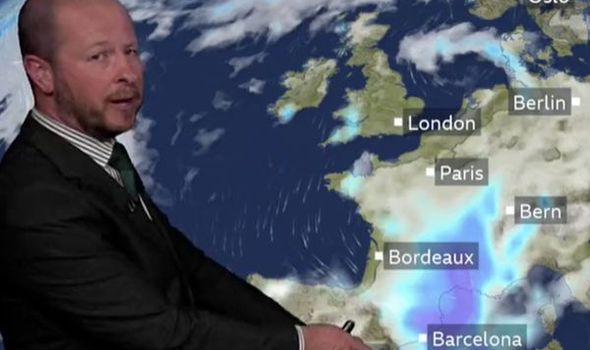 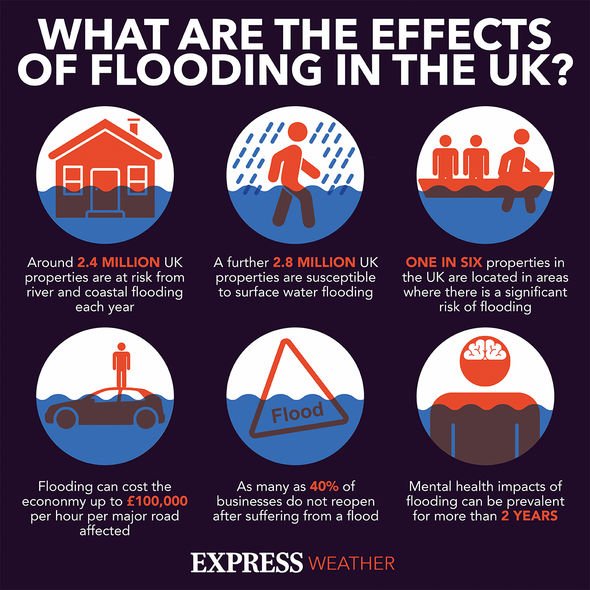 “We have got a line of potentially heavy showers and north of that the air is much cooler across Scandinavia and northern and western parts of Europe in general.”

He added: “There is wet weather developing, which could affect Barcelona for a while, certainly more central southern parts of France and threatening some flooding that will work its way into Switzerland.”

The BBC’s long-range forecast from May 3 to Sunday, May 9, predicted high pressure to push heat towards the UK and Europe.

The BBC forecast stated: “April looks like it will end on a more unsettled note with scattered showers and light winds expected before drier weather develops in early May.

“As May begins, our weather will continue to be influenced by a large area of high pressure, known as a subtropical high.

“As we head into the warmer months of the year, this high will become stronger and larger and tend to be centred near the Azores to the west of Spain and Portugal.

“This year we have unusually warm sea surface temperatures in the Atlantic which have been helping to build this high earlier than normal. 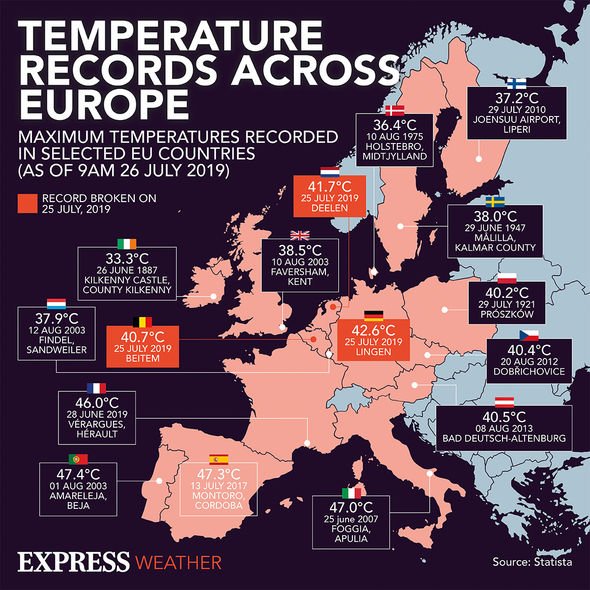 “For the first week of May, the sub-tropical high should strengthen and push into Western Europe, which will bring north-westerly winds for a while and help to keep temperatures a bit below average, at least at the start of the week.

“As the high-pressure system shifts east into continental Europe, our cool northerly winds will be cut-off and warmer air from the Atlantic will be able to creep in from the west.

“By the end of the week, temperatures should start to moderate and may be slightly above average.

“Throughout this period, high pressure will tend to keep things rather dry, perhaps even drier than you’d expect at this time of year.”