The UK experienced its third hottest day on record yesterday, as temperatures reached 37.8C in Heathrow. However, the latest BBC weather forecast shows that the extreme heat will fall by as much as 15C today in a dramatic turnaround. Temperatures will remain warm, even reaching the mid-20s in south-eastern England, although parts of the UK will experience heavy rain and clouds.

BBC meteorologist Nick Miller explained on BBC Breakfast: “Yesterday was the third hottest day ever recorded in the UK. There was some extreme heat around.”

He explained that temperatures today are “looking much cooler and fresher,” with Heathrow dropping from 38C to 25C, Birmingham falling from 35C to 21C, and a drop from 34C to 21C in Sheffield.

Miller continued: “Temperatures today are 10C or more down across the UK, due to a weather front from Iceland pushing in.

“This cold front means cooler air has followed on behind, and so are starting the day across the western part of the UK with a lot of cloud and some rain.” 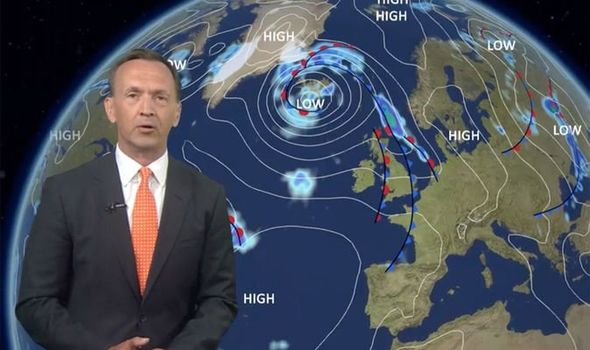 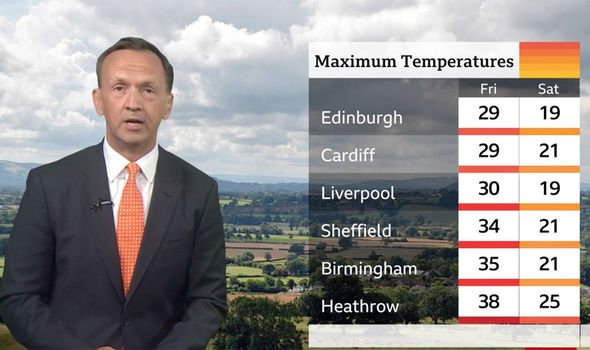 He revealed that the Shetland Isles even has a weather warning for heavy rain this morning.

Miller said: “High teens to low 20s generally across the UK today, though mid-20s in the warmest parts across eastern and south-western England.

“As we look into tonight, some rain will end the day in Northern Ireland, and there are some more outbreaks of rain across much of northern England and Scotland.

“If you found it tough to sleep last night, it will be a cooler night to come tonight, around 10C to 14C. 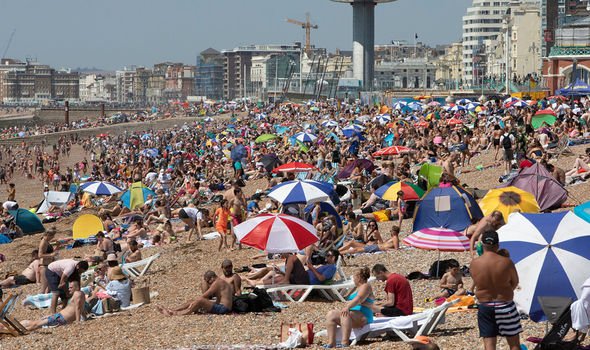 “There will be outbreaks of rain initially on Sunday morning for Scotland and northern England.

“The odd one in Wales and southern England but there will also be a lot of dry and sunny weather here too.

“Temperatures will be much closer temperatures to our average for this time of year this weekend.” 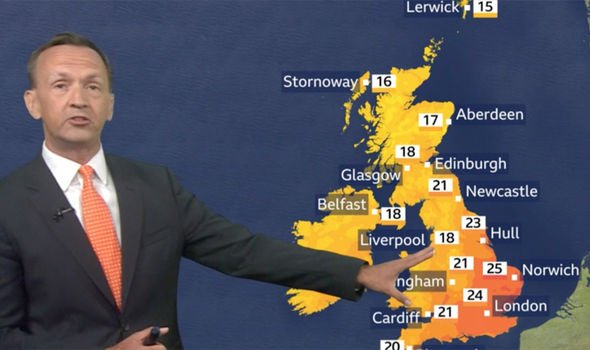 The Met Office weather warning for the Shetland Islands reveals that the heavy rain could lead to travel disruption.

The beginning of next week should see more spells of cloudy weather and showery rain.

However, towards the middle of the week a new weather front will arrive bringing some heavy rain.

Next week will generally be cooler than it has been recently but still temperate.