The UK will see temperatures surge to at least 27C today, as the summer heatwave sweeps across the country this weekend. Temperatures in Britain will be even hotter than those currently recorded in Ibiza amid hot and humid air. BBC meteorologist Nick Miller said that Friday will be the hottest day of the weekend heatwave, as the mercury reach the “upper 20s”.

He told BBC Breakfast viewers that the story of the weekend will be a slow-moving rainy weather front pushing south across the UK, wiping out the heatwave.

The mini heatwave will still last all weekend with 28C on Saturday and 27C on Sunday, before a significant plunge in temperatures by Monday morning.

Miller said: “There is a weather front nearby and it is affecting Scotland and Northern Ireland at the moment with some cloud and outbreaks of rain.

“It will take several days for this weather front to push on south and right across the UK.” 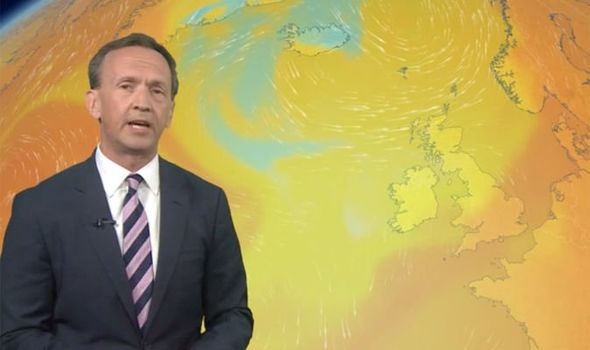 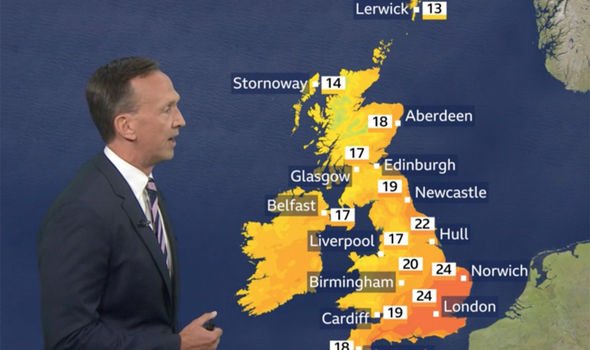 He continued: “Today so far, it has been really quite wet across northern Scotland.

“South of Scotland, we are staying dry. There will be some cloud but also some sunny spells.

“It will be very warm and very humid for those of us in eastern and southern areas of England. Temperatures reach into the upper 20s.

“Tomorrow, the rain will edge further south into the Midlands. Not quite as warm as today but still quite as humid. 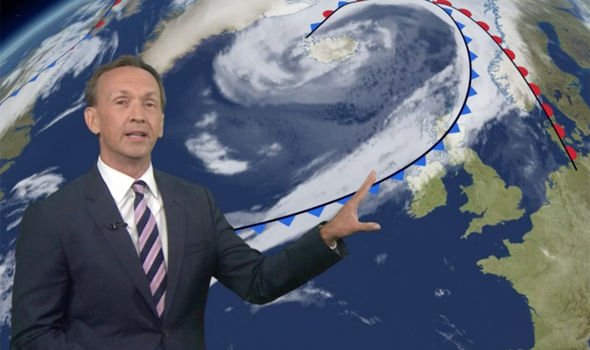 “Scotland will feel rather fresh and blustery after the rain.

“By Sunday, the weather front will have some heavier rain with it as it reaches southern England, with some cooler air following on behind.

“This means it will be a damp start for southern England and cooler feel for all of us by the end of the weekend.” 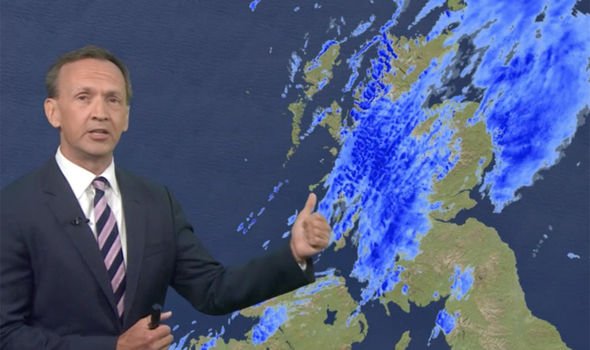 The large plume of hot air set to sweep towards the UK will arrive from Europe.

Figures compiled by the Met Office show the country has seen just 55.5 hours of sunshine in the first half of this month.

Met Office Meteorologist Aiden McGivern said: “There is a warming trend in the south later this week, certainly by the end of the week and into the weekend, with temperatures back up to into the high 20s, if not higher.”

Temperatures are expected to cool into next week and return to the 23C July average.