BBC Weather forecaster Helen Willetts said temperatures will feel more like autumn for some areas in Europe. She claimed the warm weather in the east will begin to cool as a wall of rain brings storms through the new week. This band of rain will also threaten floods for parts of Scandinavia.

Through central Europe temperatures are forecast to fall slightly to the low and mid-20s with more rain and wind expected.

Ms Willetts said: “It feels as if autumn has arrived in the north-west of Europe.

“This weekend they have seen heavy rain, strong winds and the area of low pressure responsible will still be with us on Monday across Scandinavia.

“A real tight squeeze between those isobars so strong winds through the Baltic.” 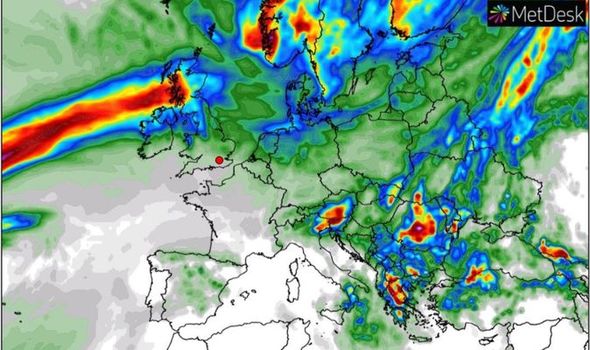 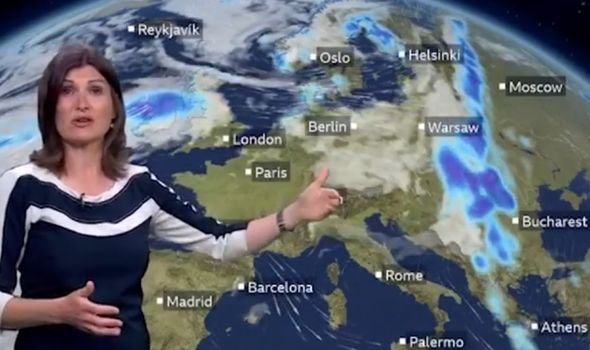 The BBC Weather forecaster said chillier air behind this weather front will cause temperatures to drop.

She continued: “There is little chance we will be seeing higher temperatures after how it has been in Scandinavia.

“The rain will be adding to the risk of flooding because of the snowmelt continuing.”

This wall of rain from Scandinavia is forecast to spread southeastwards throughout Europe in the new week. 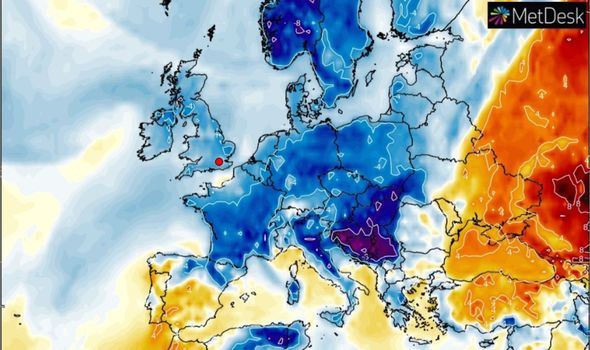 Ms Willetts continued: “That weather front will push into the hot air which we have further east.

“This will trigger some intense storms so there will be warnings out for the likes of Greece and the Balkans.

“This weather will continue as we go further east through the week.”

South eastern parts of Europe will still see hot temperatures at the beginning of the week, most notably Turkey. 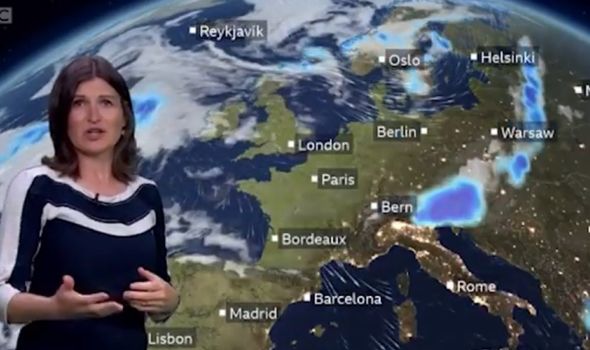 However, the storms are expected to eventually hit Turkey and the surrounding islands as we head through the week.

On the eastern side of Europe, Spain can expect more warm and dry weather with temperatures just shy of 40 degrees Celsius.

Ms Willetts said: “The heat is rebuilding further west, we have had it already into the 40s last week and we will see similar temperatures.

“Further north and west of Europe the weather continues on a cooler and cloudier note.

“There will be further outbreaks of rain, not necessarily as windy but more rain to come.”