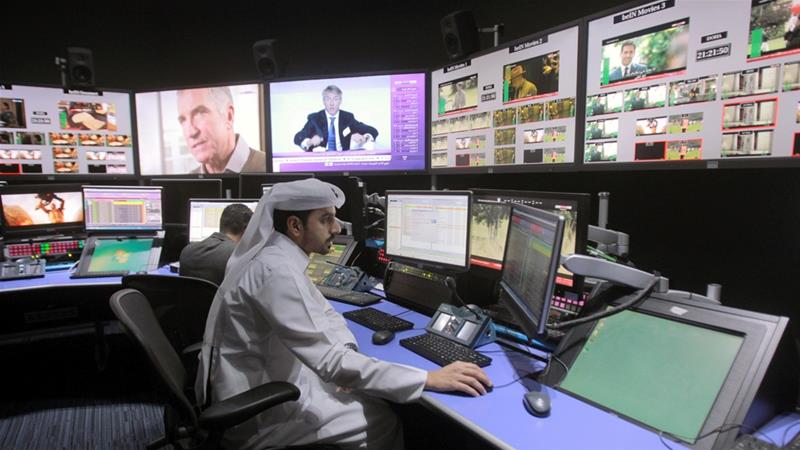 Qatari broadcaster beIN Sports has said it will take legal action against the Asian Football Confederation (AFC), accusing the governing body of breaching a multimillion-dollar rights deal by streaming its matches in Saudi Arabia online.

On Tuesday, the AFC said it would start streaming its games involving Saudi teams in the country for free on its geo-blocked Facebook and YouTube channels.

It said the move would fulfil its commitment to promote its competitions “for the benefit of all our stakeholders”.

With beIN Sports holding exclusive TV rights to these football matches, viewers in Saudi Arabia were reliant on a subscription to watch AFC matches.

However, since June 2017, beIN’s signals have been blocked in the kingdom after Saudi Arabia, along with the United Arab Emirates, Bahrain and Egypt, severed diplomatic and economic ties with Qatar.

Several major sports bodies, including the international football association (FIFA) and the AFC, said they would take legal action against beoutQ.

BeIN CEO Yousef al-Obaidly said the decision was a “material breach” of its multimillion-dollar rights deal with the AFC. He accused the governing body of football in Asia of colluding with the Saudi Football Federation.

“The AFC’s decision is not only a self-harming commercial decision and a clear political play with Saudi Arabia, but most damagingly it will impact rights holders across sports and entertainment around the world,” he said.

“We will immediately be launching a major international dispute to recover damages and protect our position.”

BeIN did not disclose the value of damages it would seek, but said the lawsuit would be raised at the Singapore International Arbitration Centre.

When contacted by the Reuters news agency, the AFC said it was not yet in a position to make an official comment on the matter.

Since the illegal blockade in 2017, beIN Sports has had no pitch-side presence in Saudi Arabia, once its top regional market. It has also been forced to broadcast Saudi-based matches with commentary from Doha.

The Premier League in Britain has said there is “compelling” evidence that the Riyadh-based satellite operator Arabsat has allowed beoutQ to use its services.

In December, the World Trade Organisation said it would investigate the allegations, but Saudi Arabia objected to the move on national security grounds.

Saudi Arabia has denied claims that beoutQ is based in the kingdom. However, beoutQ television set-top boxes are readily available for purchase in most cities.