The blast took place at a “dangerous” warehouse in Beirut port area. The events rocked the capital destroying the city and leaving at least 74 people dead. Around 2,750 people were injured, a Lebanese Health minister confirmed. Lebanese media claim the explosion happened in a fireworks warehouse.

Fireworks can be seen exploding in footage spread across social media.

In a televised speech, he said: “I promise you that this catastrophe will not pass without accountability.

“Those responsible will pay the price. 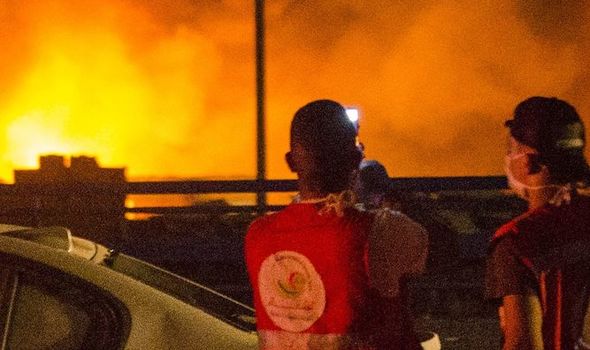 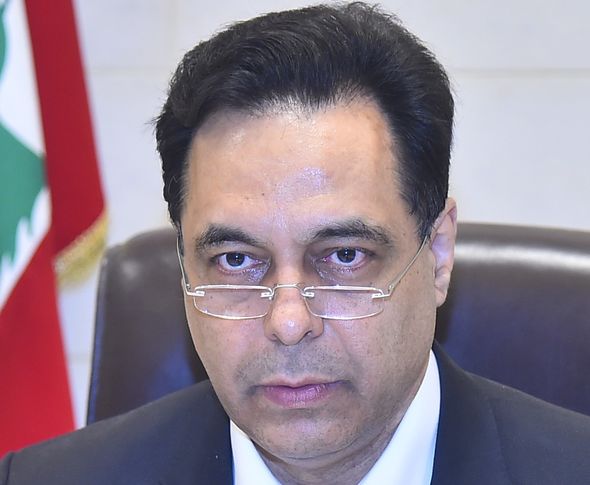 “Facts about this dangerous warehouse that has been there since 2014 will be announced and I will not preempt the investigations”.

One resident said they had been left “covered in blood and glass” following the incident.

Some clips shared on social media showed residents in tears with homes destroyed. 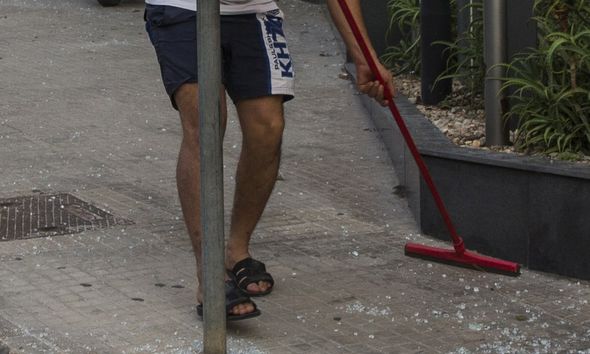 The explosion was strong enough for people in Cyprus reporting two large bangs in quick succession.

Beirut airport, which lies six miles away from where the explosion happened, has been left in ruins following the blasts.

Horrifying footage shows a white cloud blast into the sky with black smoke and red flames.

The footage is believed to be of the second explosion in the city. 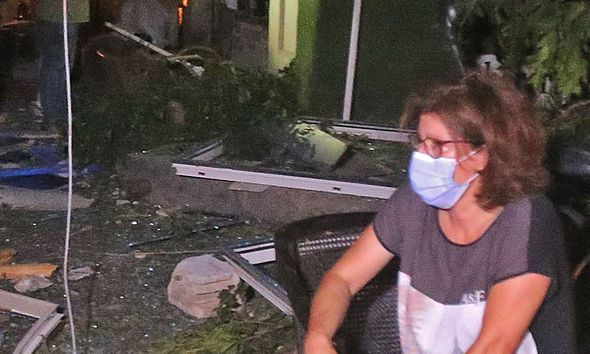 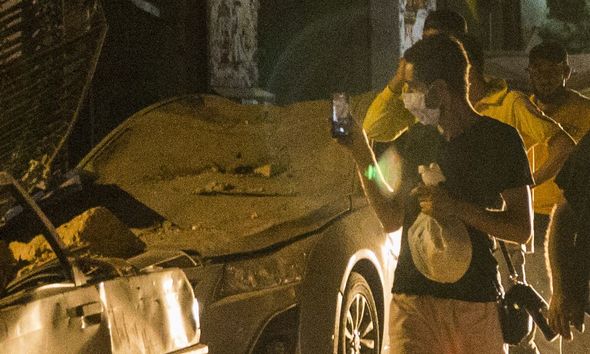 According to reports, hospitals in the city are turning away injured people with blood streaming down their faces because they’re too full or damaged to take them in.

“In Geitawi, medical staff treating patients in a parking lot.”

Joyce Cameron, from the National, said: “Many houses damaged, injuries reported. First was at Port. This is closer to downtown.

“Two explosions near port in Beirut #Lebanon , second one left lot of damages in houses and cars. Ambulances called to area.”

Many residents remain trapped inside their homes following the explosion.

An Israeli official has come forward and said they had nothing to do with the explosion.

Australian Prime Minister Scott Morrison has confirmed one Australian was killed in the explosion. 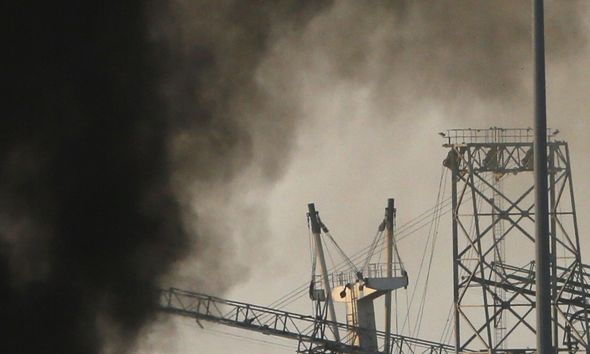 UN spokesperson Farhan Haq told reporters the cause of the explosion is not known but confirmed no UN personnel were injured.

He said: “We do not have information about what has happened precisely, what has caused this, whether it’s accidental or manmade act.”

Following years of disputes and conflicts, Israel has ruled out having anything to do with the explosion.

Israeli’s Foreign Minister Gabi Ashkenazi told Israeli N12 television news: “Israel has nothing to do with the incident.”