Democratic presidential hopeful says it would be only way US President Donald Trump could win in November. 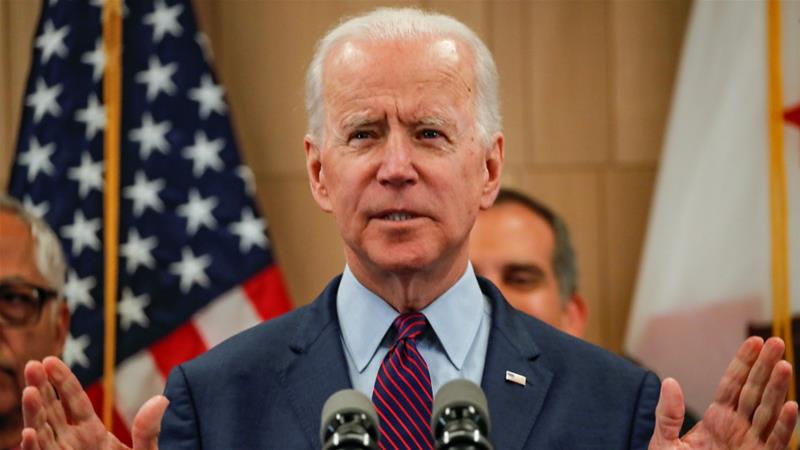 Presumptive Democratic presidential nominee Joe Biden predicts US President Donald Trump will try to postpone the country’s November election in an attempt to stay in power.

Biden suggested on Thursday that Trump could use the coronavirus pandemic to justify such a move.

“Between he and the Russians, there’s going to be an attempt to interfere [in the vote],” the 77-year-old former US vice president said during an online fundraiser.

“This president, mark my words, I think he’s going to try to kick back the election somehow, come up with a rationale why it can’t be held,” he added.

It would be virtually impossible for Trump to succeed with such a move considering Congress sets the Election Day statutorily, and the Democratic-controlled House is unlikely to move it back.

Any executive order postponing the election would meet a constitutional challenge in court. The 20th Amendment to the constitution sets January 20 as Inauguration Day.

Six months before US voters head to the polls, Trump’s mind is already in election mode. However, with the coronavirus pandemic raging and job losses climbing to 26.4 million on Thursday, Trump’s path to victory may be harder than he anticipated.

Biden, highlighting Trump’s recent threat to veto emergency funding for the US Post Office, claimed it was an example of the president’s intention to “do all he can to make it very hard for people to vote”.

Dozens of US states have postponed their primary races, which will officially determine who will be the presidential nominee.

The 73-year-old Trump has been criticised for turning his daily White House coronavirus briefings into campaign events – rallying his base and taking swipes at his detractors such as Biden, who is sheltering at home.

“We have a sleepy guy in a basement of a house that the press is giving a free pass to, who doesn’t want to do debates because of COVID,” Trump said during the Thursday briefing.

The total death toll from the coronavirus outbreak in the US has reached at least 49,963 with more than 869,000 cases. 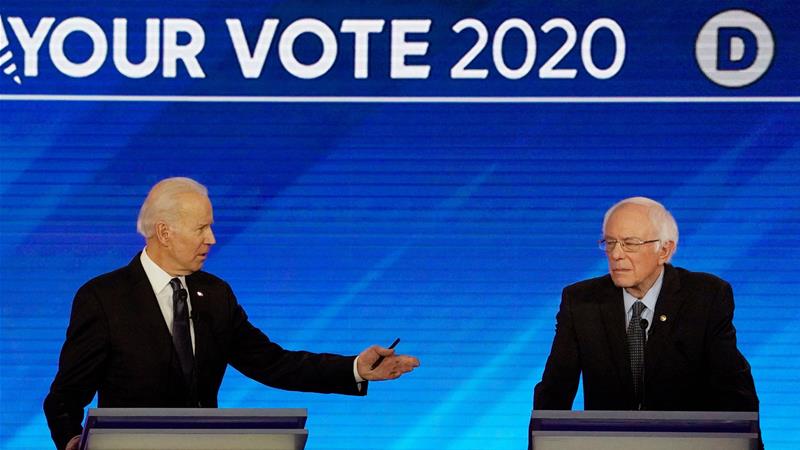 Who can beat Donald Trump: Bernie Sanders or Joe Biden?