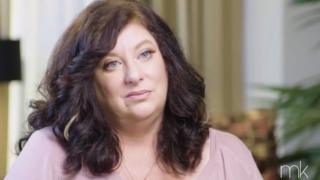 A woman who accuses Democratic White House candidate Joe Biden of sexually assaulting her 27 years ago has called on him to quit the presidential race.

She added: “You should not be running on character for the president of the United States.”

What is the allegation?

Ms Reade, 56, worked as a staff assistant to Mr Biden from 1992-93 when he was a senator for the US state of Delaware.

She has said that in 1993 he forced her against a wall and put his hands under her shirt and skirt, penetrating her with a finger, after she delivered him his gym bag.

“I remember him saying, first, as he was doing it ‘Do you want to go somewhere else?’ and then him saying to me, when I pulled away… he said ‘Come on man, I heard you liked me,'” she told podcast host Katie Halper in March.

“That phrase stayed with me.”

What did Tara Reade say in the new interview?

In an excerpt from an interview with Megyn Kelly aired on Thursday, Ms Reade was asked by the presenter if she wanted Mr Biden to withdraw from the race.

Ms Reade said: “His campaign is taking this position that they want all women to be able to speak safely, I have not experienced that.”

She said that she had received a death threat after Biden supporters accused her without evidence of being a Russian agent.

“It’s been stunning how – some of his surrogates with the blue checks – you know, his surrogates have been saying really horrible things about me and to me on social media,” said Ms Reade.

“He hasn’t himself, but there is a measure of hypocrisy with the campaign saying it’s been safe – it’s not been safe.

“All of my social media has been hacked, all of my personal information has been dragged through.

“Every person that maybe has a gripe against me, maybe an ex-boyfriend or an ex landlord or whatever it is has been able to have a platform rather than me.”

Ms Reade recently said she had received no offers from the main TV networks – apart from Fox News – to tell her story.

Megyn Kelly, a former Fox and NBC presenter, is not currently signed with any TV network, and posts interviews to her self-branded social media channels.