Russia’s former president has further amplified fears of nuclear warfare by claiming Joe Biden won’t intervene if the dictatorship nukes Ukraine because he fears an “apocalypse”. The incendiary remarks come from Dmitry Medvedev, who served as the president of Russia between 2008 and 2012 and prime minister of Russia between 2012 and 2020.

Now serving as deputy chairman of Russia’s Security Council, Mr Medvedev backed up the terrifying comments by insisting: “This is not a bluff”.

This remark mirrored that of Putin last week, who said as he announced Russia’s first military mobilisation since World War Two: “If the territorial integrity of our country is threatened, we will without doubt use all available means to protect Russia and our people – this is not a bluff”.

Medvedev, 57, said yesterday on Telegram: “I have to remind you again – for those deaf ears who hear only themselves. Russia has the right to use nuclear weapons if necessary.”

The former president added it would do so “in predetermined cases”, and only in strict compliance with state policy.

He said: “Let’s imagine that Russia is forced to use the most powerful weapon against the Ukrainian regime that has committed a large-scale act of aggression, which is dangerous for the very existence of our state. I believe that Nato would not directly interfere in the conflict even in this scenario. 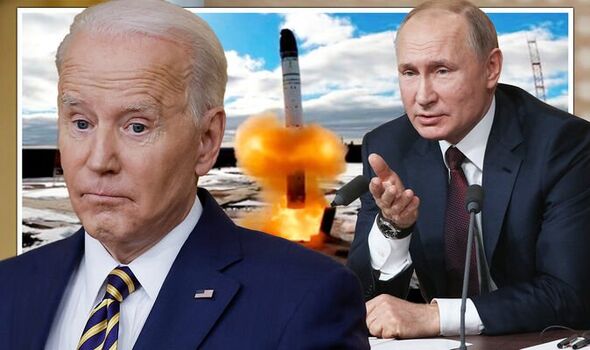 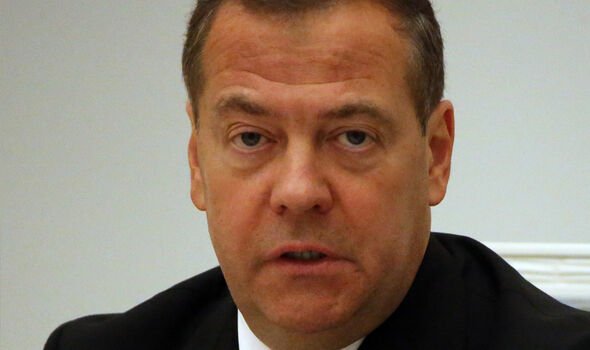 “The demagogues across the ocean and in Europe are not going to die in a nuclear apocalypse.”

Once upon a time, Medvedev positioned himself as a liberal reformer who was prepared to work closely with the US. But more recently he has taken the opposite strategy, repeatedly raising the possibility of Russia using nuclear weapons.

Washington has yet to detail what its response would be if Putin did order the first use of nuclear weapons since the US unleashed the terrifying power of atomic bombs on Japanese cities Hiroshima and Nagasaki in 1945. The US and Russia own 90 percent of the world’s nuclear warheads between them. 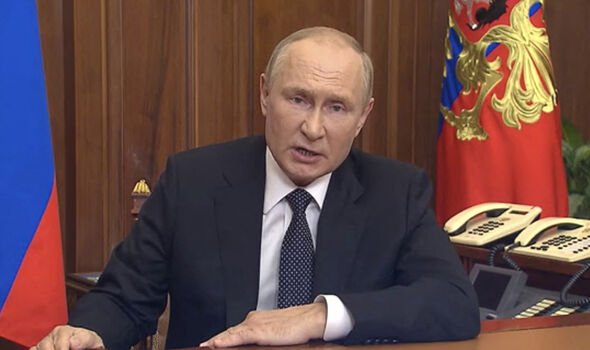 According to the Federation of American Scientists, Russia has 5,977 nuclear warheads while the United States has 5,428 warheads, while China has 350, France has 290 and the United Kingdom has 225. Despite the lack of a formal response outline, National Security Adviser Jake Sullivan said on Sunday Washington would respond decisively to any Russian use of nuclear weapons against Ukraine.

He said Russia would face “catastrophic consequences” if it “crosses this line”. While he did not detail the specifics, Mr Sullivan said the White House has privately to Moscow “spelled out in greater detail exactly what that would mean.”

Mr Sullivan said that the United States has been in frequent, direct contact with Russia, including during the last few days to discuss the situation in Ukraine and Putin’s actions and threats. 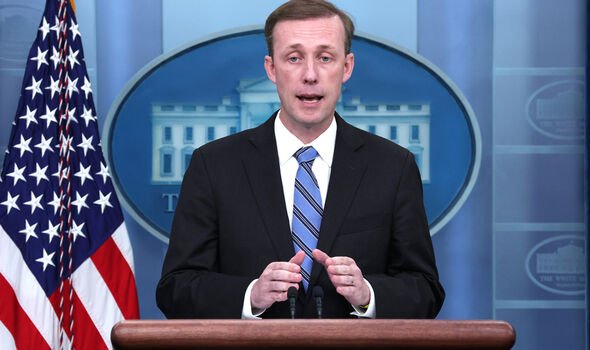 The official added: “Putin remains intent … on wiping out the Ukraine people that he does not believe have a right to exist. So he’s going to keep coming and we have to keep coming with weapons, ammunition, intelligence and all the support we can provide.”

Ukraine and the West have decried the plans as a “sham”, with unverified footage online depicting soldiers holding voters at gunpoint.