BUENOS AIRES (Reuters) – Bolivian ex-president Evo Morales slammed a ban on his running for a Senate role in May elections, while his lawyers signaled that the exiled leftist leader would fight back. 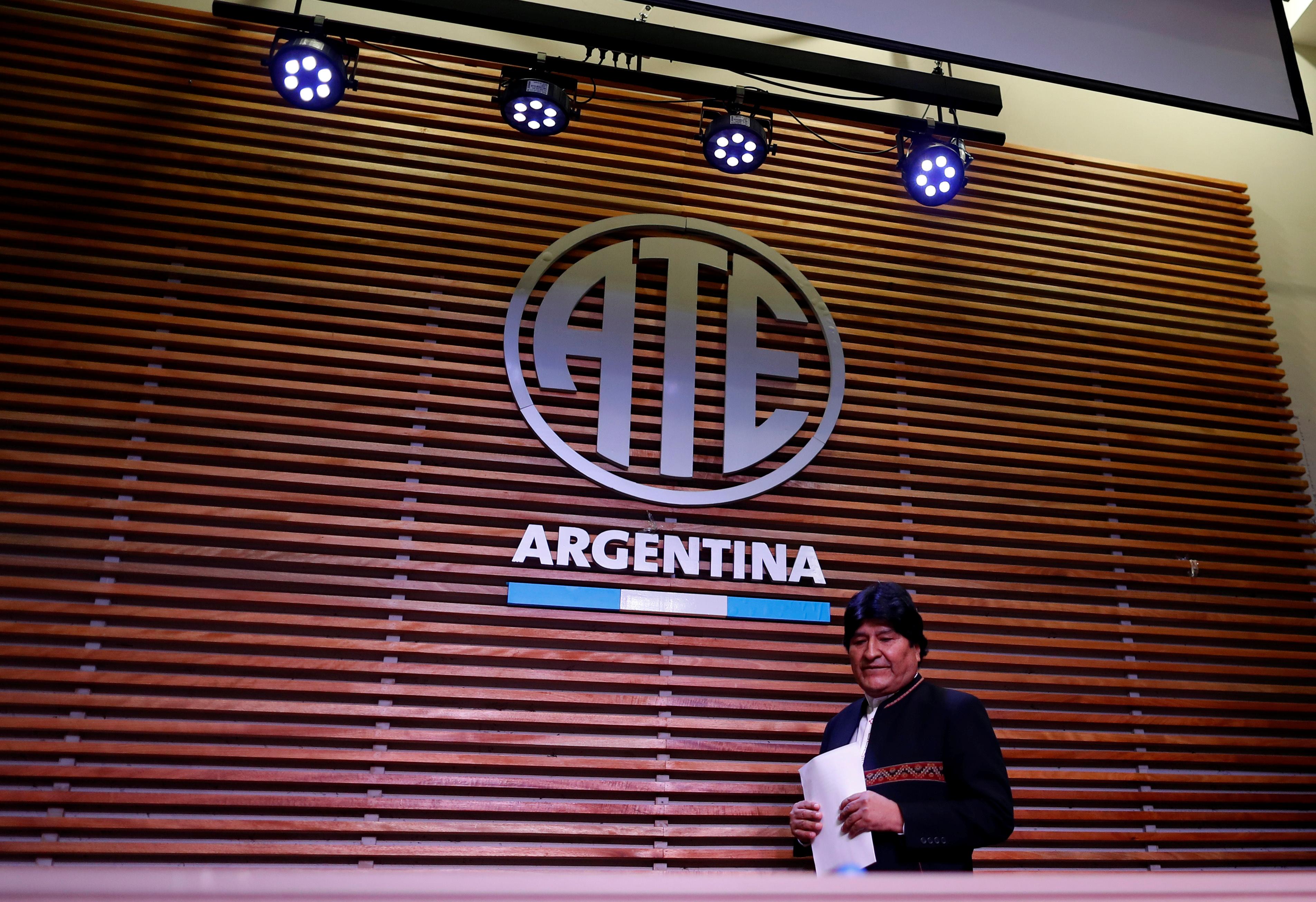 Bolivia’s electoral body said on Thursday that Morales was ineligible to run for a Senate position in the May 3 election re-run of a voided vote late last year that sparked a political crisis and led to his resignation.

Morales, currently in Argentina after leaving Bolivia following his resignation in November, is orchestrating his socialist party’s election campaign and had been angling to become a senator. He is banned from running for president.

The block on Morales’ run is based on his not fulfilling criteria including being a permanent resident in Bolivia. Morales’ lawyers said that this was unfounded.

“Evo Morales is not outside Bolivia voluntarily, but out of necessity. There was a situation of force majeure, where if he had stayed in Bolivia he was killed,” lawyer Eugenio Raúl Zaffaroni told reporters in Buenos Aires.

Morales left Bolivia shortly after his resignation following weeks of protests that were sparked by a disputed October election in which he had sought a fourth straight term. Police and military forces eventually pulled their backing for him.

Morales, who ran the landlocked nation for almost 14 years, took up asylum first in Mexico before moving to Argentina.

A second lawyer, Gustavo Ferreyra, said Morales had been encouraged to take up the matter with Bolivian and international bodies.

“We have advised Evo Morales to go to all national and international authorities in order to ensure the widest protection of his rights,” he said.

Morales, who has criticized Bolivia’s interim government and opposition to his Movement for Socialism party for leading what he calls a right-wing coup against him, slammed the decision to prevent him running as undemocratic.

“You can do whatever you want with me, but do not destroy democratic rights and the Supreme Electoral Tribunal. Do not destroy Bolivia,” he said.