VELIKA KLADUSA, Bosnia (Reuters) – Bosnian police scuffled on Saturday with hundreds of migrants who tried to break out of an overcrowded camp during a protest over conditions at the facility and their treatment by authorities in nearby Croatia. 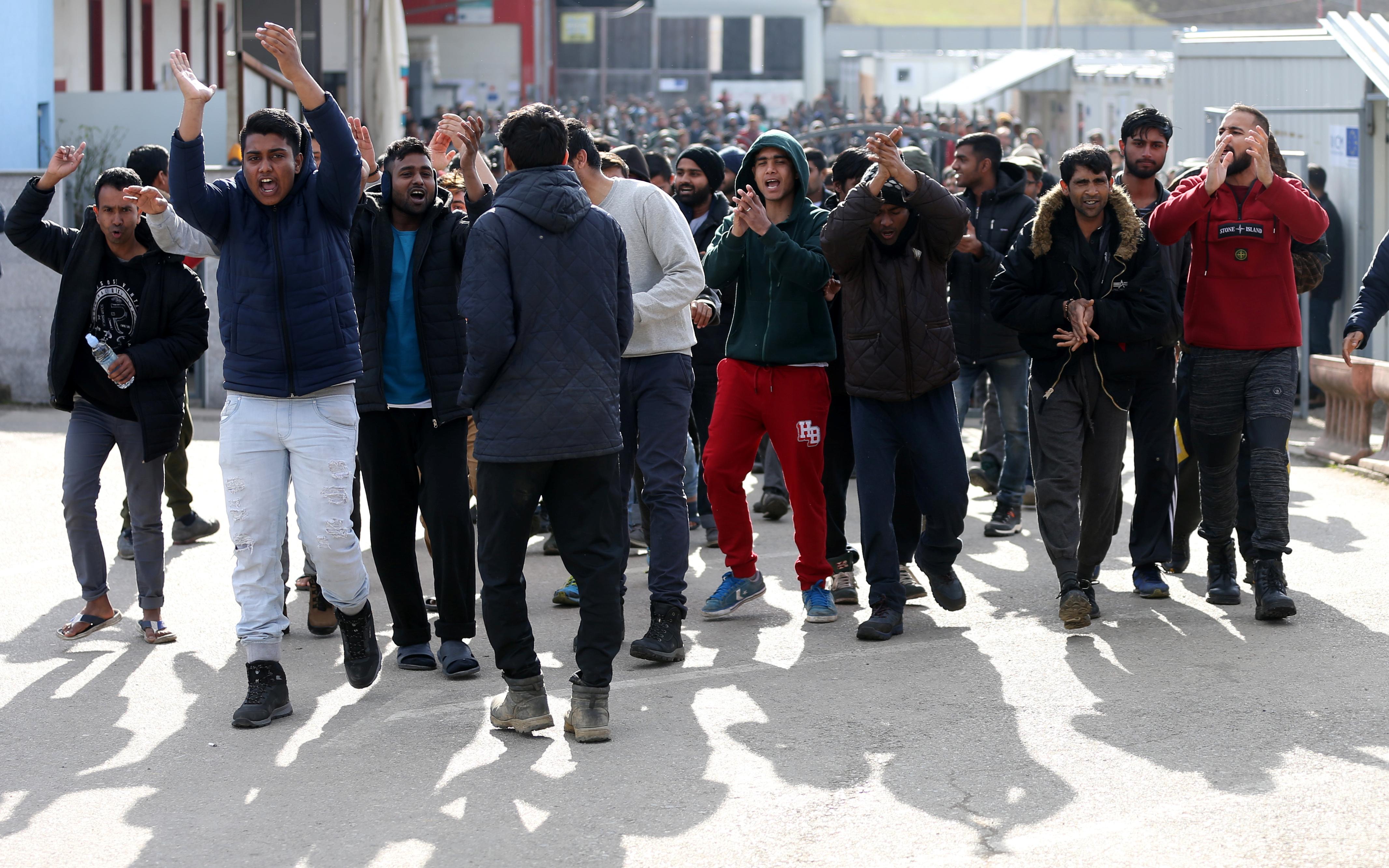 The Miral camp lies in western Bosnia, just 10 km (six miles) from the Croatian border, and currently houses about 1,000 migrants — 300 more than its capacity.

Witnesses saw police scuffling with migrants and detaining several people during Saturday’s protest, in which the mostly male protesters chanted “Freedom”, “Give us our money back” and “Stop beating us”.

There were no reports of any injuries.

Many of the migrants’ complaints were directed at Croatian border authorities, whom aid groups and migrants have repeatedly accused of violent push backs and mistreatment.

“The Croatian police are very, very bad. We want the border to be opened. Please don’t hit us anymore. Don’t remove our jackets, shoes and socks. They take it all,” camp resident Salam Batu told Reuters.

Bosnia, which saw relatively few people crossing its borders during the big migrant wave of 2015, is now seeing an influx of people trying to reach wealthier nations via European Union-member Croatia.

Although the Balkan route was closed off in 2016, about 50,000 migrants, mainly from Pakistan, Afghanistan, Iraq, Morocco and Syria, passed through Bosnia in 2019.

Some 6,000 remain stranded in the Balkan country, the majority of them sheltered in poorly equipped facilities in Velika Kladusa, where the Miral camp is located, and Bihac.

“Everybody here wants to go to the border and go to Italy, Germany or France,” said a man from Pakistan who asked to be named only as Simon.

“If we go to the border, the Croatian police are burning our jackets and shoes, they take mobile phones,” he told Reuters.

Croatia is preparing to enter the EU’s visa-free Schengen zone — a move that requires compliance with EU standards on border controls and human rights as well as proof that national authorities can effectively manage the bloc’s external border.

Bosnia has accused Croatia of returning migrants to Bosnia even when they are found deep within its territory.