GABORONE (Reuters) – The number of elephants found dead in Botswana’s Okavango Panhandle has risen to 275 from 154 reported two weeks ago, the government said on Thursday. 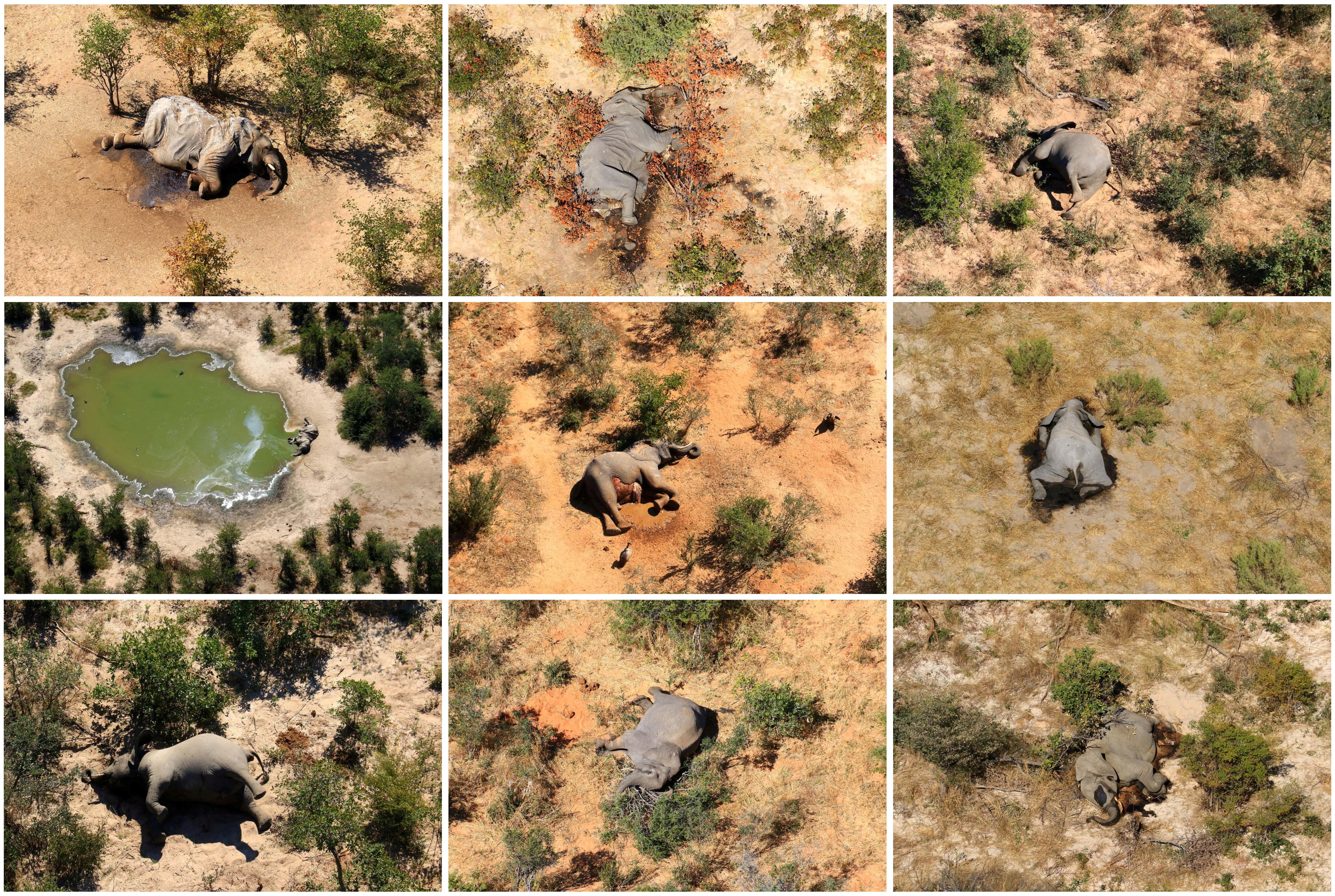 Authorities are investigating the unexplained deaths over the past months. Poaching has been ruled out as the carcasses were found intact.

“Three laboratories in Zimbabwe, South Africa and Canada have been identified to process the samples taken from the dead elephants,” the Ministry of Environment, Natural Resources, Conservation and Tourism said in a statement.

In early May, Elephants without Borders (EWB), a conservation organisation, reported that its own aerial survey showed elephants of all ages appeared to be dying.

“Several live elephants that we observed appeared to be weak, lethargic and emaciated. Some elephants appeared disorientated, had difficulty walking, showed signs of partial paralysis or a limp,” EWB director Mike Chase said in a report seen by Reuters.

“One elephant was observed walking in circles, unable to change direction although being encouraged by other herd members.”

In the report, EWB put the death toll at 356 and Chase said urgent action was needed to establish if the deaths were caused by disease or poisoning.

Africa’s overall elephant population is declining due to poaching but Botswana, home to almost a third of the continent’s elephants, has seen numbers grow to 130,000 from 80,000 in the late 1990s.

However, they are seen as a nuisance by some farmers, whose crops have been destroyed.

President Mokgweetsi Masisi lifted a five-year ban on big game hunting in May last year but the hunting season failed to take off in April as global travel restrictions meant hunters from many coronavirus-hit countries could not enter Botswana.