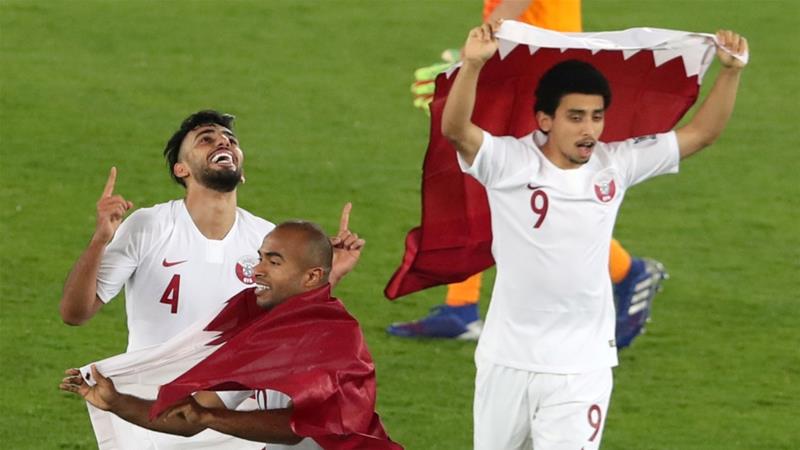 A British man, who claimed to have been harassed and detained in the United Arab Emirates for wearing a Qatar football shirt during the AFC Asian Cup, has been charged for making false statements, Emirati officials said.

Ali Essa Ahmed, a dual Sudanese-British citizen, was accused of wasting police time after he reported getting beaten up by Emirati fans for supporting the Qatari team, the UAE embassy in London said in a statement late on Tuesday.

“The police took him to hospital where a doctor who examined him concluded that his injuries were inconsistent with his account of the event and appeared to be self-inflicted,” the embassy statement read.

Ahmed, 26, from Wolverhampton in central England and an Arsenal fan, was in the UAE on holiday when he attended Qatar’s group match against Iraq on January 22, his friend Amer Lokie, told the Guardian.

According to Lokie’s account published in the newspaper on Tuesday, his friend was detained and assaulted for wearing a football jersey that promoted Qatar at the match in Abu Dhabi.

Showing sympathy for Qatar is punishable in the UAE with a jail term of up to 15 years.

The sanctions were imposed after the Emirati state, along with Saudi Arabia, Bahrain and Egypt severed diplomatic and trade ties with Qatar, accusing the Gulf state of supporting “terrorism”.

Doha has repeatedly and vehemently denied the allegations.

After his release, Ahmed went to a police station in the city of Sharjah to report his initial assault and was detained and accused of telling lies, Lokie said.

Ahmed, who was charged on January 24, “has since admitted those offences and will now be processed through the UAE courts”, the embassy said.

The UK’s Foreign and Commonwealth Office said it was “providing assistance to a British man arrested in the UAE and are touch with the local authorities”.

A UAE official quoted in the embassy statement rejected claims that Ahmed was arrested for wearing a Qatar football shirt.

“This is instead an instance of a person seeking media attention and wasting police time,” the official said.

Radha Stirling, CEO of advocacy group Detained in Dubai, said this was “not the first time an official government version of events drastically differed from that provided by an expatriate in UAE custody”.

Ahmad’s reported detention comes more than two months after British academic Matthew Hedges was released by the UAE by a presidential pardon after spending more than six months in prison in an espionage case.

He had been sentenced to life in prison for spying, escalating a diplomatic tussle between the UAE and Britain.

“What we know is that the UAE does prosecute anyone who expresses sympathy for Qatar in any way,” Stirling said in a statement on Wednesday.

“It is a pattern with the UAE and other Gulf states to issue official denials and counter-narratives that absolve the government of wrongdoing,” she added.

The Asian Cup was played in the UAE between January 5 and February 1.

Qatar won its maiden title after defeating four-time winner Japan 3-1 in the final on Friday.

But Qatar’s road to the final and participation at the continental tournament was marred by controversy.

Qatari football fans were barred from attending the tournament in the UAE because of the bitter political rift and their national team was forced to play almost entirely without support from the stands.

Qatari players were filmed being struck by and dodging slippers, shoes, and bottles thrown by local fans during a bad-tempered semifinal win against the host nation. 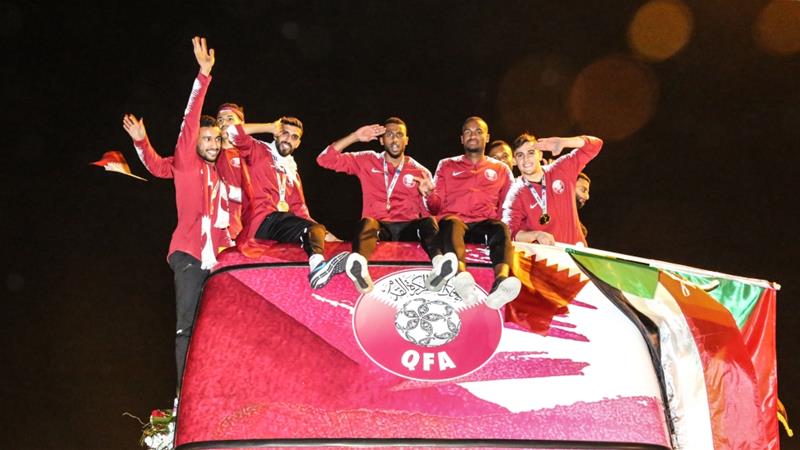 Can sports heal divisions in the Middle East?