OTTAWA (Reuters) – A Canadian government minister was scheduled to open two days of talks with a major indigenous group on Thursday in a bid to end three weeks of rail and road blockades across the country that are harming the economy. 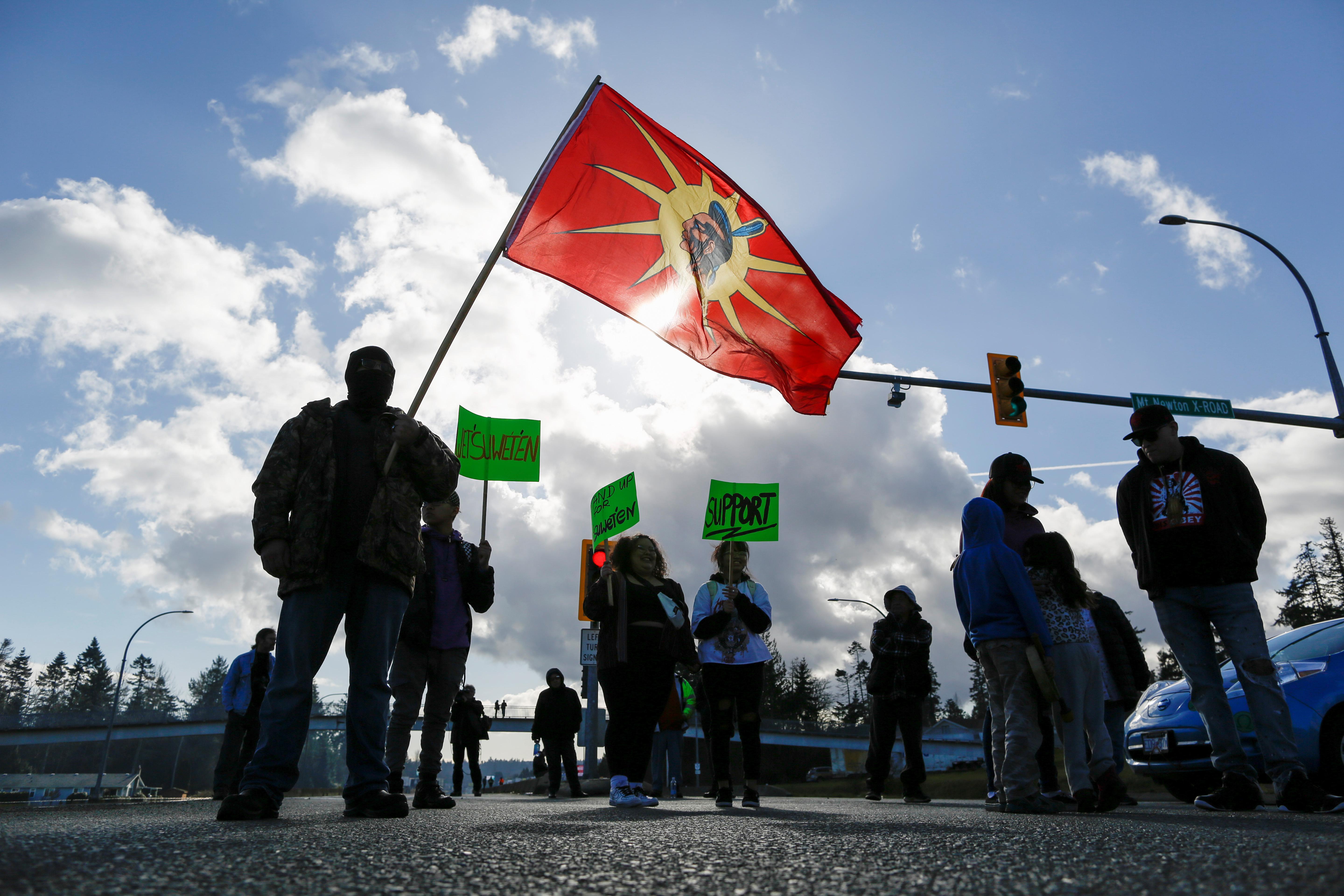 Activists have disrupted passenger and freight traffic to show solidarity with the Wet’suwet’en people in the Pacific province of British Columbia, who are seeking to stop TC Energy Corp (TRP.TO) from building a gas pipeline over their land.

Ahead of the meeting the Wet’suwet’en chiefs issued a statement thanking supporters for “their tireless dedication,” saying they now needed time for talks with Bennett and Fraser in an atmosphere of respect.

“Pleased to have received this statement, and look forward to the important discussions this afternoon,” Bennett said in a Twitter post.

The chiefs agreed to the talks after the Royal Canadian Mounted Police withdrew from Wet’suwet’en territory, where police had been enforcing court orders against demonstrators trying to stop the Coastal GasLink pipeline.

TC Energy said on Thursday it had suspended construction for two days to allow the talks to take place.

“We both want to achieve a resolution that will allow satisfaction on both sides,” federal Transport Minister Marc Garneau told reporters Thursday. “It’s not going to happen necessarily overnight, but the beginning of this dialogue is something that is extremely important in sending a signal.”

Police in the eastern province of Ontario cleared protesters from a major Canadian National Railway Co (CNR.TO) line on Monday, allowing some shipments to resume.

Some activists, though, returned to the lines on Wednesday, standing on the tracks and lighting fires, actions that Garneau described as reckless and dangerous.

Liberal Prime Minister Justin Trudeau, who says improving relations with aboriginal groups is a priority, had initially called for dialogue. But last Friday, after opposition legislators accused him of weakness and business groups warned of economic damage, Trudeau demanded aboriginal groups lift the blockades amid layoffs and shortages of goods like propane.

Garneau said on Wednesday that “some of these effects are going to be felt for weeks and months to come.”