A Canadian man who shot and killed six members of a Quebec City mosque in 2017 was sentenced to life in prison on Friday, although he will be eligible for parole after 40 years.

The judge ultimately dismissed a request to decree parole ineligibility periods stretching a total of 150 years, saying that the request was “unreasonable”, reports Canada’s CBC broadcaster.

The January 2017 shooting, which Prime Minister Justin Trudeau denounced as a “terrorist attack”, provoked debate over the treatment of new arrivals at a time when a growing number of migrants crossed from the United States into the province of Quebec.

Justice Francois Huot said Bissonnette’s actions in entering the mosque at the end of prayers and shooting congregants were not a “terrorist” attack, but motivated by prejudice, particularly towards Muslim immigrants.

But the judge also said Bissonnette’s mental health issues, including an obsession with suicide, played a role in the shooting and influenced his sentence.

A 2011 legal change allows Canadian judges to hand down consecutive sentences in the case of multiple murders.

Prosecutors had asked for Bissonnette to serve six consecutive sentences, or 150-years, in prison without eligibility for parole, the harshest sentence since Canada abolished the death penalty in 1976.

“The US Supreme Court would not find a 150-year [term] cruel and unusual punishment,” Huot said earlier in the day, but added, “punishment should not be vengeance.” 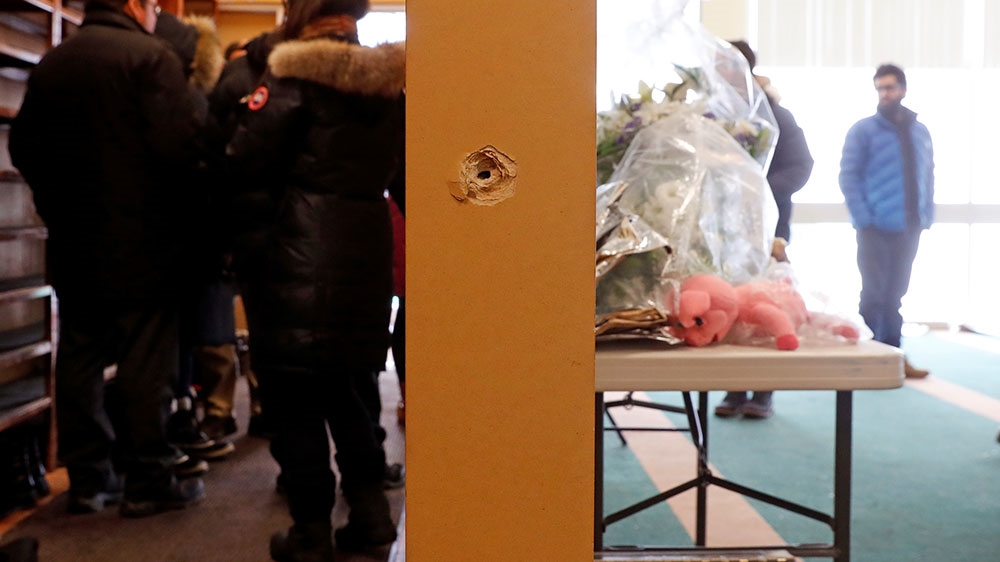 Huot also stressed the importance in Canada of rehabilitating offenders.

But Huot said Bissonnette had previously considered attacking other targets including feminists, shopping centres and airports.

The judge recounted Bissonnette’s remarks to a prison social worker in September 2017, when he expressed a desire for “glory” in shooting congregants and that he “regretted not shooting more”.

The deadly mass shooting came amid a rise in anti-Muslim hate crimes in Canada.

Between 2012 and 2015, hate crimes targeting Muslims increased by 253 percent, according to Statistics Canada data.

In 2017, the total number of hate crimes in Canada reached an all-time high, the national statistics office said. The spike was heightened by attacks on Muslims, Jews and black people, among others.