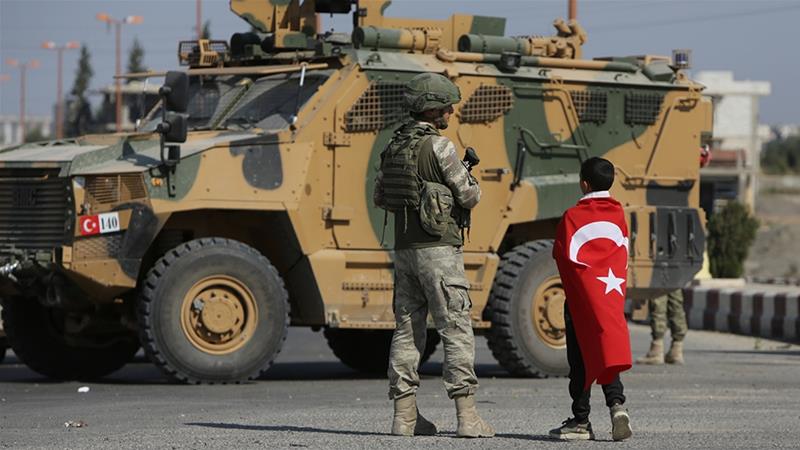 A car bomb blast in northeastern Syria targeting a checkpoint manned by Turkish-backed forces has killed at least five people, according to Turkey’s state media.

The bombing on Thursday in the village of Tal Halaf, near the border town of Ras al-Ain, also wounded 12 people, Anadolu Agency reported quoting local sources.

Turkish forces and their Syrian rebel allies last year seized a 120km (75-mile) stretch of land inside the Syrian border from Kurdish forces viewed by Ankara as “terrorists”, running from Ras al-Ain to Tal Abyad.

There was no immediate claim of responsibility for Thursday’s blast. Anadolu said security forces in the area were examining the possibility that Syrian Kurdish fighters may have carried out the attack.

It was the latest in a series of attacks that have rocked the area in recent months, including several in the past week alone.

The SOHR said an explosives-rigged motorbike in Ras al-Ain killed two civilians and a fighter on Tuesday, two days after another explosion in a vegetable market in the town killed eight people, six of them civilians.

The Kurdish-led People’s Protection Units, from whom Turkey and their allies seized the territory, have played a key role in the United States-backed fight against the ISIL (ISIS) group in Syria.

However, Ankara views them as an extension of the Kurdistan Workers’ Party (PKK) that has waged a deadly armed campaign in southeastern Turkey since 1984.

Syria’s war has killed hundreds of thousands of people and displaced millions from their homes since erupting in 2011 with the brutal repression of anti-government protests.