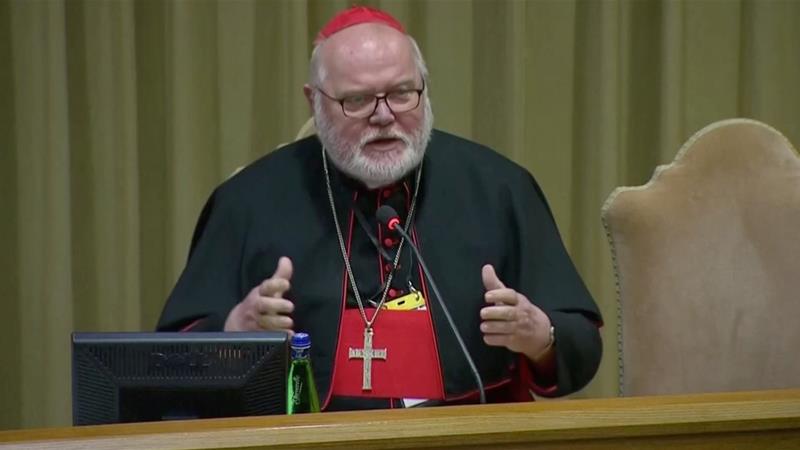 A leading German cardinal has told a key Vatican conference on tackling paedophilia in the clergy that Roman Catholic Church files on priests who sexually abused children were destroyed or never even drawn up.

Reinhard Marx, head of the German Bishops’ Conference, said that “instead of the perpetrators, the victims were regulated and silence imposed on them”.

Calling for a more transparent fight against “the abuse of power in the area of administration,” Marx said: “The stipulated procedures and processes for the prosecution of offences were deliberately not complied with, but instead cancelled or overridden.”

He was speaking on the third day of an unprecedented meeting of the world’s top bishops which Pope Francis has called in an effort to get on top of a crisis that has dogged the Church for decades.

The ongoing scandals touch many countries across the globe, with recent cases affecting Chile, Germany and the United States.

The cardinal apologised personally in September to thousands of victims of sexual assault by clergy in the German Church, saying perpetrators must be brought to justice.

That followed the publication of a damning report by the German Bishops’ Conference showing that almost 3,700 minors, mainly boys, were assaulted in Germany between 1946 and 2014.

The report’s authors said the figure was “the tip of the iceberg”.

Investigations have revealed that in many cases, priests accused of assaulting minors were transferred to other parishes as bishops turned a blind eye in order to protect the Church’s reputation.

A prominent Nigerian nun also blasted the culture of silence in the Church.

Sister Veronica Openibo told the gathering that African and Asian church leaders must no longer justify their silence about sexual violence by claiming that poverty and conflict are more serious issues for the Church.

“This storm will not pass by,” she warned in a powerful speech.

She called for discussion on a host of controversial issues to address the scandal, including lay participation in the selection of bishops, whether seminaries for young boys are really healthy, and why abusers are not dismissed from the clergy. 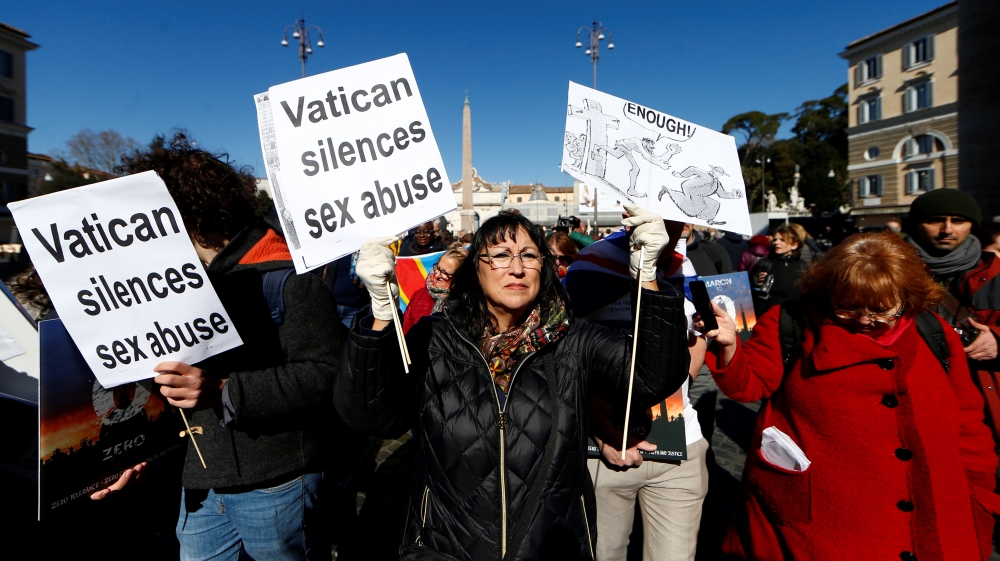 Francis has told his bishops he wants “concrete measures” drawn up against child sex abuse.

The Vatican has in the past refused to hand over internal documents about child sexual abuse cases to civil authorities investigating paedophilia.

Also on Saturday, several dozen Catholics from Italy and abroad marched through Rome to protest against the Vatican’s handling of paedophile priests.

Placards held by abuse survivors and their supporters denounced Vatican “silences”, while other posters call for “secular justice for all”.

Many advocates say the Church must let civil authorities investigate and prosecute priests who molest or rape children. 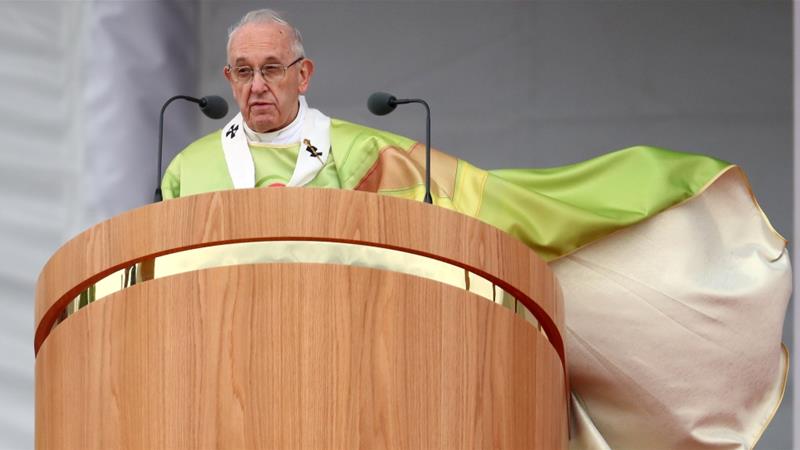 Can Pope Francis end abuse of children in Catholic Church?