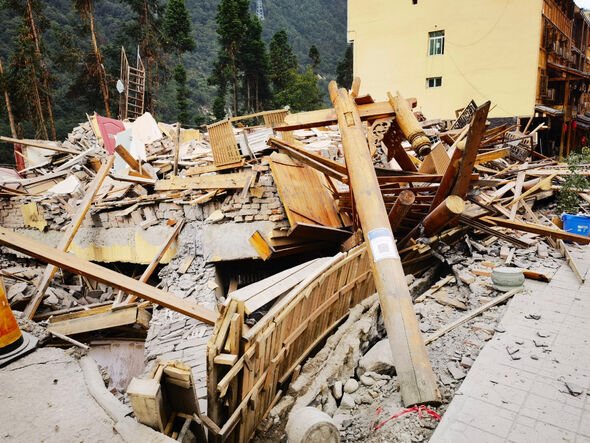 China reopened roads leading to the epicentre of the earthquake on Monday. Traffic also resumed in the area as state media reported on Wednesday that the death toll has risen to 74.

A total of 259 people were injured in the disaster and a further 26 remain missing as of Tuesday night, according to China’s largest newspaper group People’s Daily.

The tremor was the strongest earthquake to hit the province since 2017.

The 6.8 magnitude tremor resulted in numerous buildings being destroyed.

It also caused severe damage to power and water infrastructure as well as telecommunications. 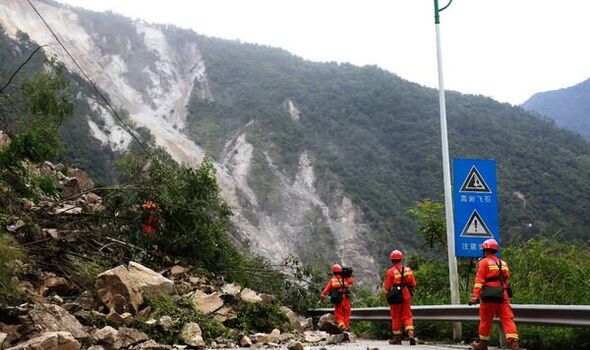 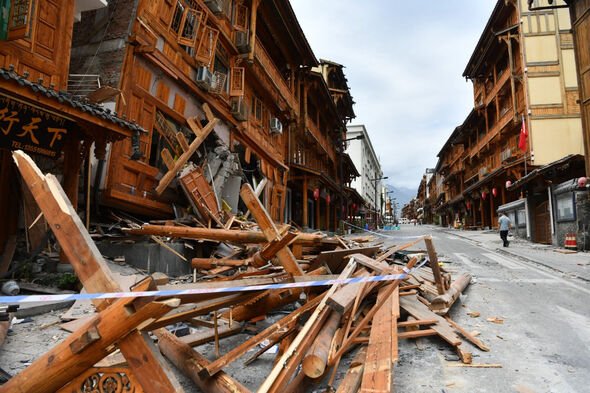 Footage from Sichuan highlighted the scale of the destruction.

Parts of the province were reduced to rubble and roads had been destroyed in a clip shown by CCTV News.

A total of 11,000 people were also evacuated from Luding county on Tuesday. 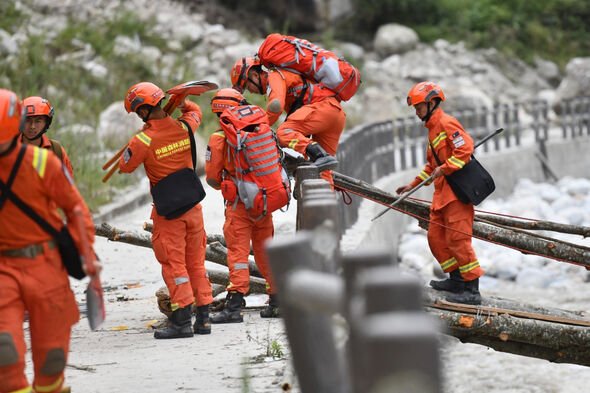 China Earthquake Networks Centre recorded a magnitude 3 aftershock at the epicentre, at a depth of 12 km (7.5 miles) early on Wednesday.

According to Reuters, weather forecasters have also warned of the prospect of heavy rains in the region until Friday.

Taiwan, which has long been engaged in a diplomatic row with Beijing, even offered to provide assistance to help Chinese efforts. 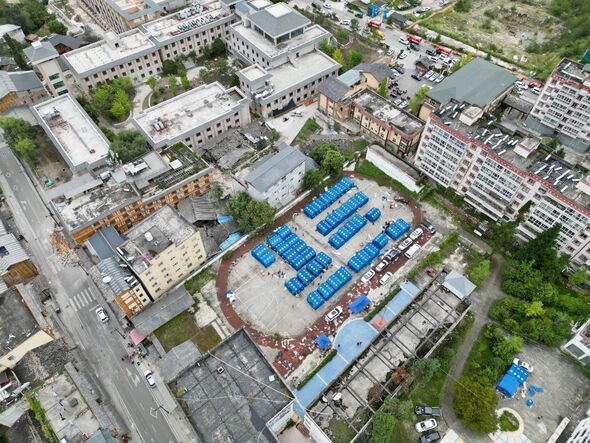 Taiwan’s fire department also claimed it had assembled a rescue team of 40 people, one search dog and five tonnes of equipment which could immediately leave if given instructions to do so.

They added they were “committed to the spirit of humanitarian care and disaster relief without borders”.

Taipei previously sent assistance to China in 2008 after a tremor struck in the same province.