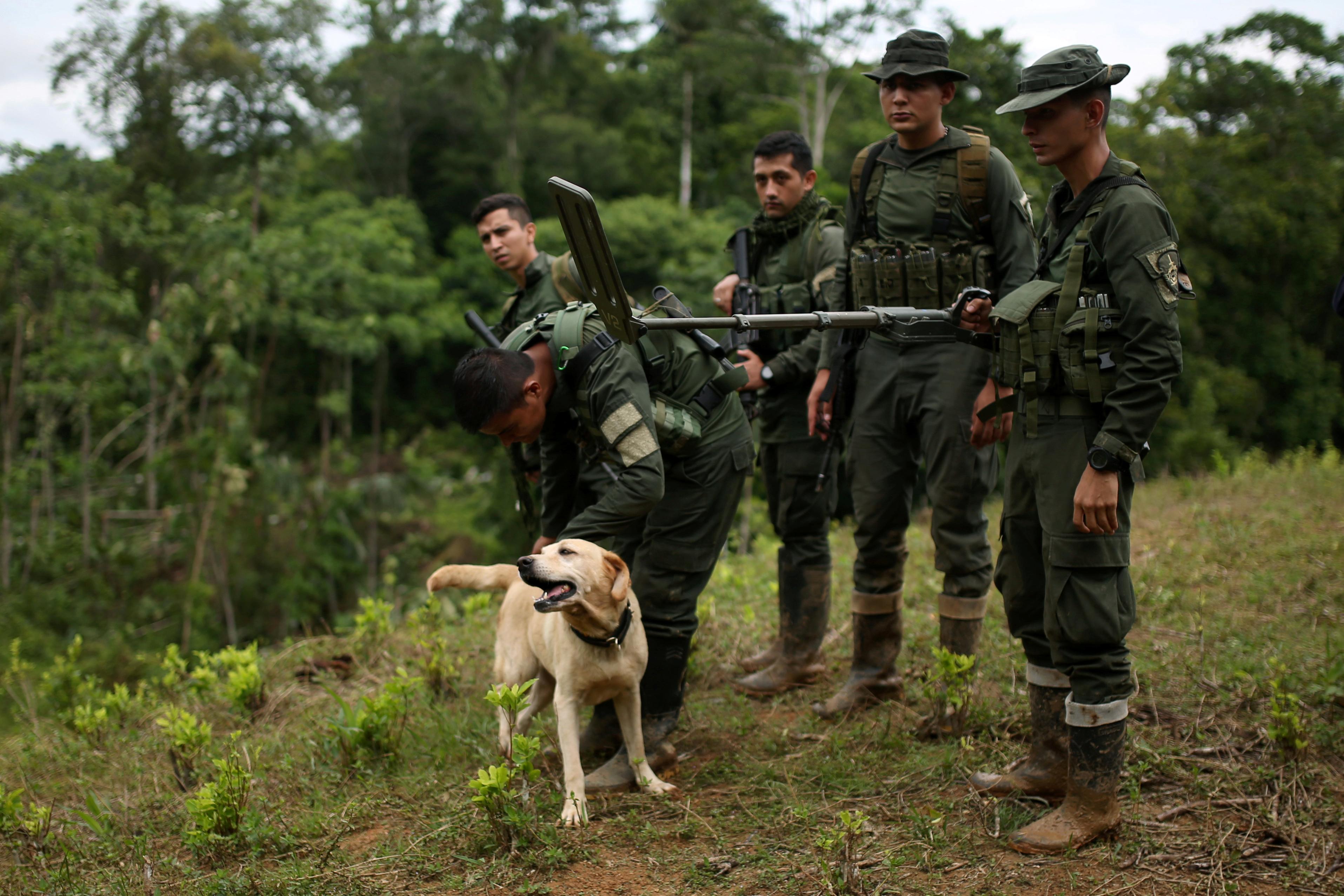 TUMACO, Colombia (Reuters) – Landmines and protests promoted by armed groups involved in drug trafficking are major obstacles to the eradication of coca, the base ingredient in cocaine, according to a Colombian anti-narcotic police chief.

The Andean country, long a major supplier of cocaine, is looking to eradicate 130,000 hectares (320,000 acres) of coca this year. It will likely return to the use of aerial fumigation using the herbicide glyphosate once the government meets safety conditions set by the Constitutional Court.

The target is some 30% higher than last year, when police and civilian eradicators ripped up 100,000 hectares, largely using manual techniques after the aerial spraying of glyphosate was suspended in 2015 amid concerns that it was harmful to health and the environment.

“The (effort to meet the) target faces various challenges daily. One is social protests which sometimes hinder the progress of operations,” Colonel Jesus Enrique Quintero, the head of Colombia’s police anti-narcotics spraying unit, told Reuters during an eradication operation in the Pacific region of Tumaco on Wednesday.

Colombian authorities have said protests by farmers against coca eradication are encouraged by armed groups, who often force poor rural populations to cultivate the plant.

“There’s also the issue of anti-personnel mines, the use of explosives to cause harm,” Quintero said. Landmines are often placed around coca-growing areas to deter eradication efforts.

Last year snipers from armed groups killed at least nine people participating in eradication work, while another 50 were injured, mostly by landmines, according to Defense Ministry figures.

National Liberation Army rebels, dissidents from the former FARC guerrillas who reject a 2016 peace deal, and crime gangs all participate in the drug trade in Colombia.