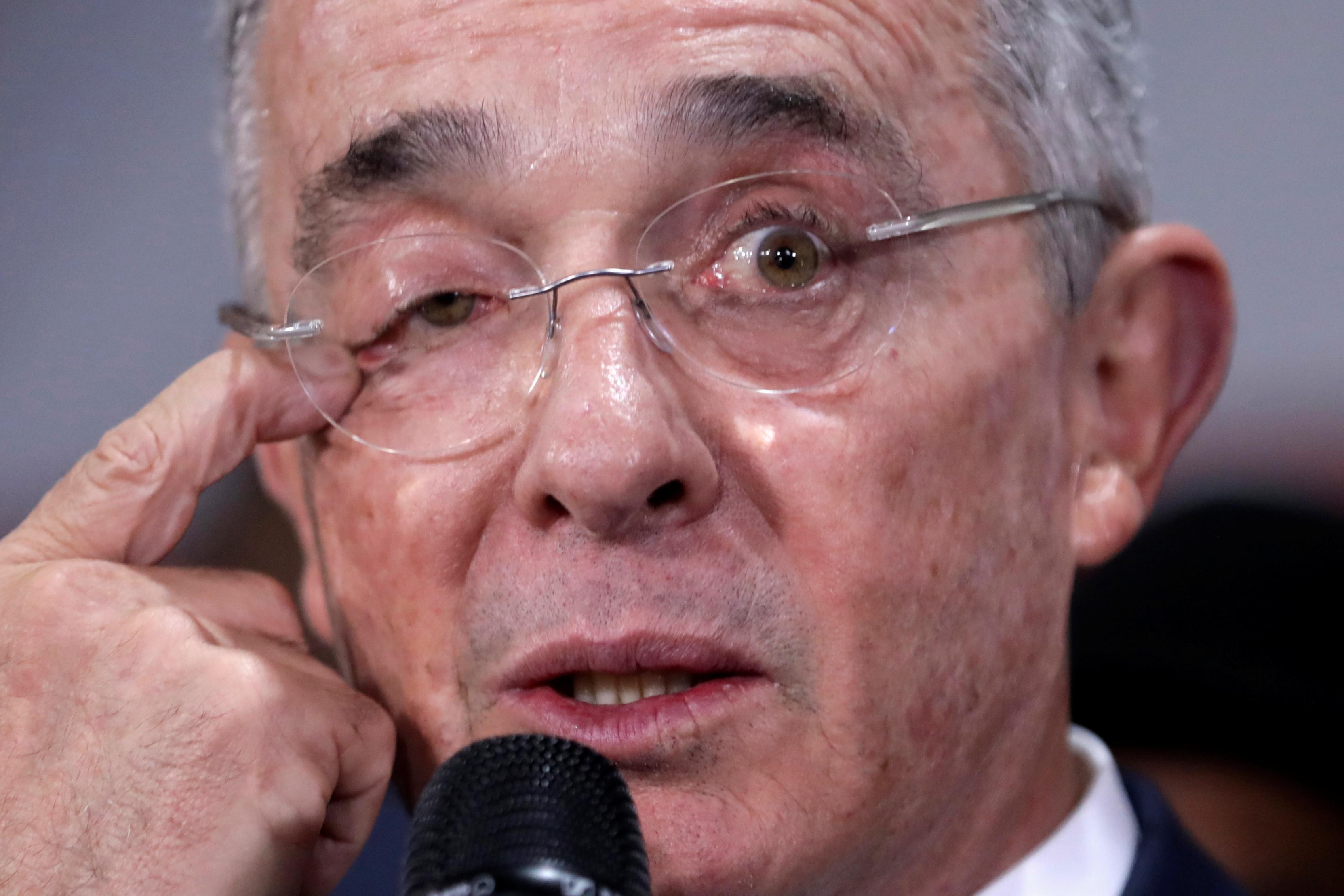 BOGOTA (Reuters) – Former Colombian president Alvaro Uribe said on Tuesday the Supreme Court has ordered his detention amid an investigation into alleged witness tampering and fraud.

Uribe – a mentor of President Ivan Duque and a current senator – has repeatedly declared his innocence and questioned the court’s independence.

“The privation of my liberty causes me profound sadness for my wife, for my family, and for Colombians who still believe that I have done something good for the country,” Uribe said in a tweet.

Uribe did not specify whether he would be on house arrest for his detention or held in some other venue.