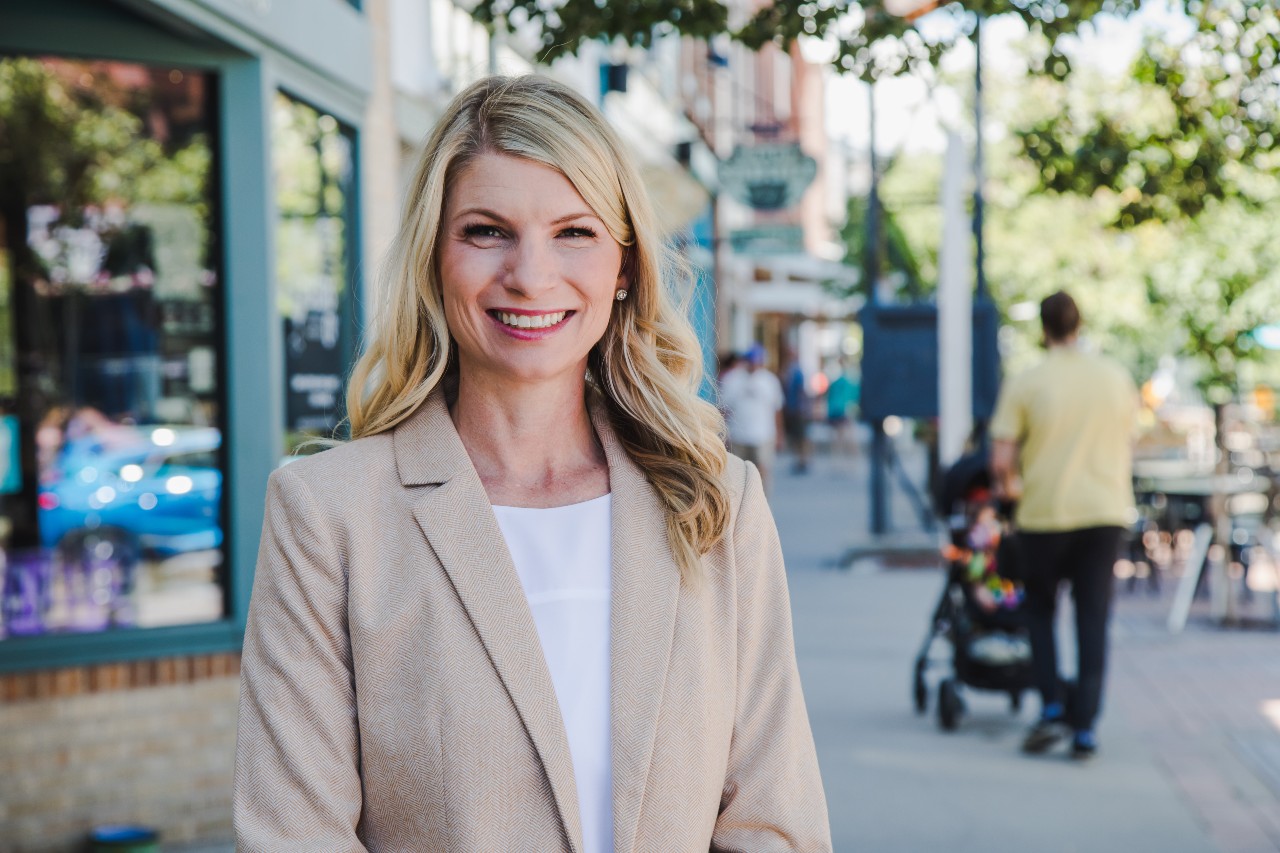 AGE
40
RESIDENCE
Lakewood
PROFESSION
State Senator
EDUCATION
Bachelor’s Degree- Metropolitan State University
EXPERIENCE
Sen. Pettersen was born and raised in CD7 and has served this community in the State House of Representatives and the State Senate since 2012.

Over the summer, the Inflation Reduction Act became law. Should Coloradans support this law? Why or why not?
The Inflation Reduction Act invests in fighting the climate crisis while capping insulin costs for seniors and lowering prescription drug costs for all Americans. As our state faces a water crisis, this legislation offers specific investments to address drought, aridification and desertification in Colorado, all while reducing the deficit. I intend to go to Washington to fight for more legislation to lower Coloradans’ costs and address the challenges of climate change without sacrificing fiscal responsibility.

What is something unique you bring to the Congress?
I grew up with a lot of adversity at home. Like too many Colorado families, my family was deeply affected by the opioid epidemic, with my mom becoming addicted to prescription painkillers when I was very young. That meant my brothers and I had to support ourselves and each other early on. But with good public schools and a community that believed in me, I was able to become the first to graduate high school and college in my family. My story isn’t unique for the families in CD7, but it is unfortunately extremely unique among members of Congress.

If your party holds the majority in your chamber next session, what should be its top priority?
We must continue focusing on helping families recover from the economic and social costs of the pandemic and get inflation under control. We must immediately protect the rights of women nationwide by codifying Roe V. Wade and cementing reproductive healthcare protections into law. Additionally, we need to safeguard our democracy against conspiracy theories and election deniers by updating the Electoral Count Act and ensuring states aren’t disenfranchising eligible voters. We must also continue to build on the work Democrats in Congress have undertaken to lower costs for working families, combat climate change and enact common-sense gun safety laws.

What, if any, action should Congress take on abortion?
The next Congress must take immediate action to defend reproductive rights and abortion access across the country. That includes codifying the protections Roe v. Wade provided before the misguided Dobbs decision and ensuring all women, regardless of zip code or income level, have access to the health care they need without the government interfering with personal medical decisions.

The chambers may be split between Republican and Democrat control next session. Where do you see actionable, common ground with the opposing party?
Throughout my time in the Colorado Legislature, I have always worked across the aisle to pass legislation to help Colorado families. That approach will not change in Congress. I’ve served in split chambers in the Colorado Legislature and I’ve served in a Democratic trifecta, and I was just as effective in each situation. I believe there should and can be common ground around protecting our democracy, bringing high-quality jobs to communities across our country, deploying broadband to underserved and rural communities, fighting the opioid epidemic, and lowering the cost of higher education. 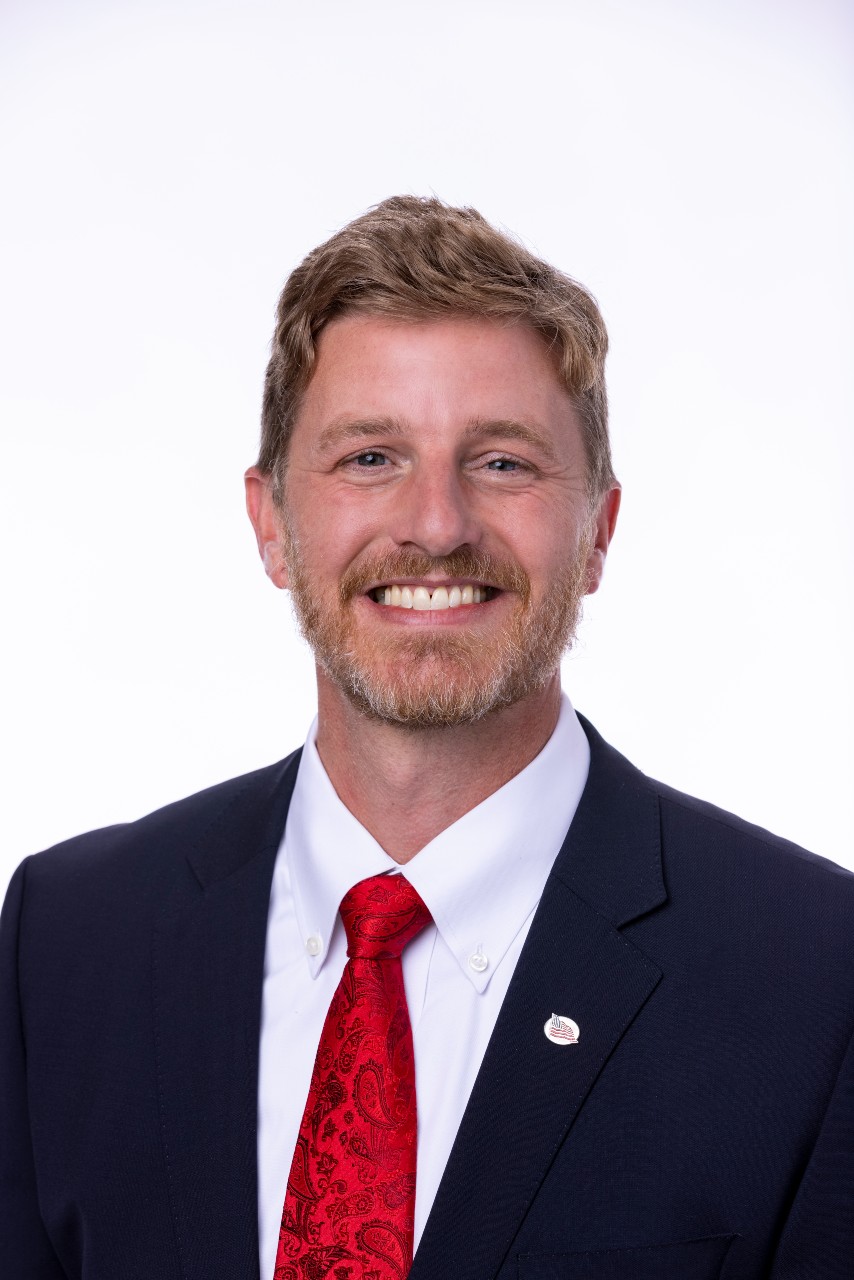 Over the summer, the Inflation Reduction Act became law. Should Coloradans support this law? Why or why not?
The act worsens the problem it purports to solve while further exacerbating our partisan divide. Printing money and then spending it only debases ordinary citizens’ purchasing power. The only people who can believe that this course of action will bring our economy back on track are the political class who have made a career out of spending other people’s money.

What is something unique you bring to the Congress?
Many decorated combat veterans like myself have continued to serve their country in Congress. Likewise, many individuals with a business background have been elected. I believe, though, that I would be one of few members of Congress with extensive military, energy sector, and international project management experience combined in both the public and private sectors. The breadth of my experience suits me to get things done well.

If your party holds the majority in your chamber next session, what should be its top priority?
It is my hope that Congress can pursue wise and effective governance regardless of its partisan makeup. To that end, I believe the most important issue for our legislature to address is the destruction of opportunity. Rampant inflation erodes our citizens’ incomes while increasing crime jeopardizes the most vulnerable members of our community. We need to cultivate opportunity by reducing government spending and regulation. If elected, I will work tirelessly to create policies that bolster public safety, energize the economy, and empower people to pursue their dreams.

What, if any, action should Congress take on abortion?
Important and life-changing decisions should be made at the individual level, under advisement of close friends and family. Congress should take no action whatsoever regarding abortion and I will not support any effort for Congress to rule on this matter.

The chambers may be split between Republican and Democrat control next session. Where do you see actionable, common ground with the opposing party?
So many issues are non-partisan and should be solved together: inflation, affordability, crime, energy, the southern border, national security; the list goes on. However, the greatest threat to this country is the hyper-political polarization that is ripping this country apart. We must find ways to heal from hyper-partisanship and to restore unity among the American people. This requires wise leadership, humility, and the willingness to put partisan self-interest aside to be of service to all constituents.

What is the biggest threat facing the integrity of our elections?
The integrity and security of our elections is a non-partisan issue. Free, fair, and accessible elections are fundamental to a Constitutional Republic where people have complete confidence that they are judiciously and accurately represented. Particularly, we should be concerned about the impact of multinational corporations such as Big Tech on the volume and quality of information reaching voters. Their influence has become an unprecedented threat to our democratic process. Congress is obligated to hold Big Tech accountable for manipulating information in a way that results in a specific political bias that may influence the outcome of elections.

Ross Klopf and Critter Milton have not returned the questionnaire.

Subscribe to our weekly newsletter, The Spot, to get Colorado politics news sent straight to your inbox.