Confederate flag bans levelled by NASCAR in the US drew outrage from select pockets of American society this week. The racing association declared its presence “runs contrary to our commitment to providing a welcoming and inclusive environment” in a statement on its website. The decision brought the ire of little-known driver Ray Ciccarelli, who said he believed people should “fly whatever flag they love”, but the confederate flag has inescapable ties to centuries of deeply rooted racism in the US.

What does the confederate flag represent?

Americans elected President Abraham Lincoln in 1860 with the plurality of the popular vote and a majority in the electoral college.

The former representative of Illinois assumed the Oval Office while the US was fracturing, with his anti-slavery platform taking shape in the north and the south desperately clinging to the practice.

Tension from his appointment boiled over and led 10 southern states to secede and organise themselves as the confederacy. 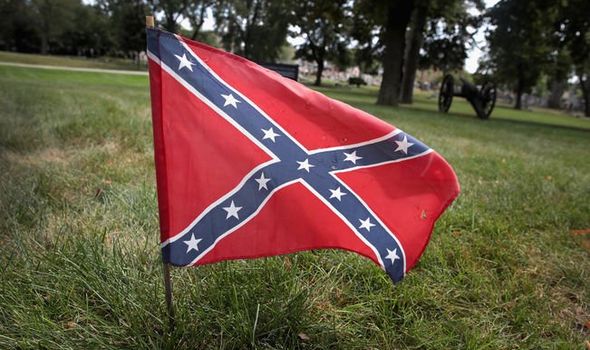 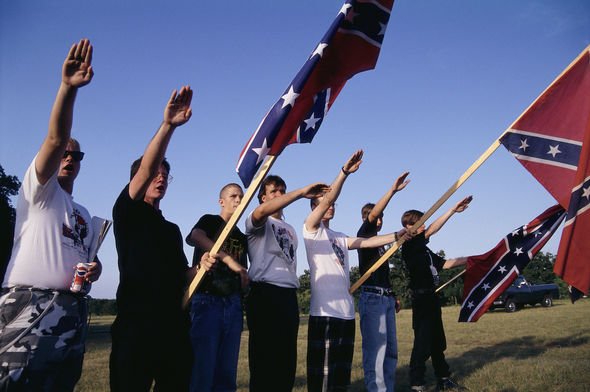 The confederacy ultimately gained no ground, failed to claim its sought-after sovereignty and suffered devastating at the hands of the north.

Defeated, the states reunified under Abraham Lincoln’s leadership, but the spirit of the dead regime endured in the south.

While they begrudgingly accepted their place in the country, confederate, white supremacist sentiment wore on through organisations such as the United Daughters of the Confederacy and its infamous flag.

During the war, the confederacy adopted a series of “national” flags depending on the state or body they represented. 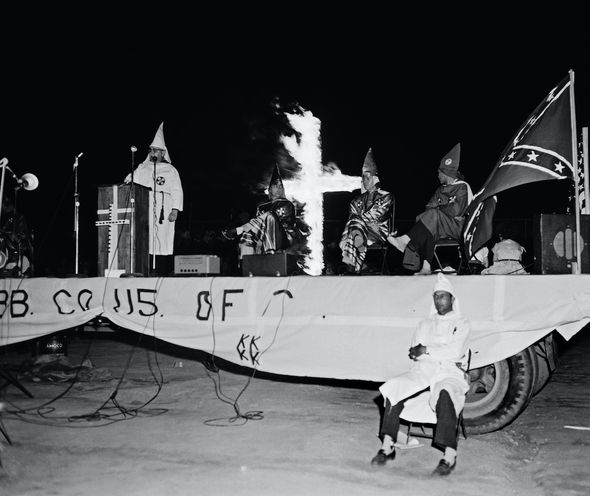 Much like the US national flag, each iteration bore stars representing the Confederate states.

The enduring red-backed flag with a blue cross dotted with white stars was not one which historically represented the confederacy.

The flag’s real name was the Battle Flag of the Army of Northern Virginia.

Those who continue to celebrate and exhibit the flag ultimately draw up the racist overtones it represents. 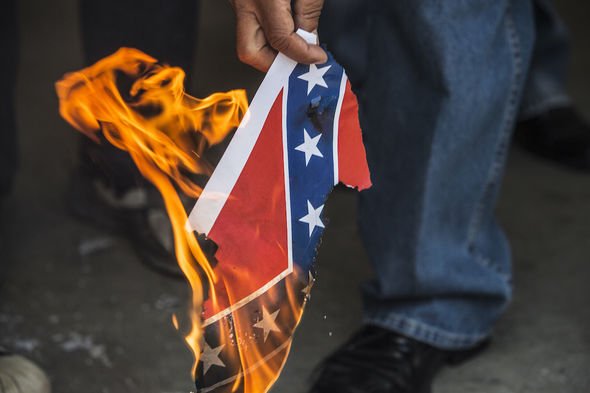 However, when the confederate flag notably made a comeback in the 20th century, it did so in a bid to oppress the Civil Rights Movement.

The confederate battle flag emerged again in the 1950s as the movement began gathering steam, and was co-opted by Democrat offshoot party the Dixiecrats.

They existed as a short-lived segregationist political party which aimed to preserve the Jim Crow laws and white supremacy from civil intervention.

Georgia adopted the flag to represent its state in 1956, and it was present on South Carolina’s state capitol until the year 2000.

For African Americans and non-racists alike, the Confederate flag remains a reprehensible symbol of hate.

To them, it will always represent a time when governments endorsed the extraction of one race’s rights in favour of another and subjected them to cruel acts of violence and humiliation.

In modern society, the flag has stuck with organisations such as NASCAR for decades, many fans of which deny its association with racial oppression.

The sport’s only top-division black driver, Bubba Wallace, said earlier this week: “No one should feel uncomfortable when they come to a NASCAR race. So it starts with Confederate flags. Get them out of here.”