SHANGHAI (Reuters) – The number of reported new cases of coronavirus in China’s Hubei province rose on Monday after two days of falls, as authorities imposed tough new restrictions on movement to prevent the spread of the disease which has now killed more than 1,700 people.

With no end in sight for the outbreak, the economic repercussions from the shutdown of chunks of Chinese industry could trigger recessions in Japan in Singapore, where data on Monday pointed to possible contractions in the current quarter.

In Hubei, the epicenter of the outbreak, health officials reported 1,933 new cases and 100 new deaths on Feb. 16, the lowest daily death count since Feb. 11. The number of new cases rose nearly 5% from the previous day, but the number of deaths fell from 139.

Nearly 90% of the new cases were in the provincial capital of Wuhan, a city of 11 million people where the virus is believed to have originated at a market illegally trading wildlife.

Chinese health officials on Sunday said two days of falls in the number of new confirmed cases showed their efforts to halt the spread of the virus were bearing fruit, although international experts say it is too early to say the epidemic has peaked. Of the 70,000-plus cases in mainland China, 10,844 people have been treated and released from hospital.

Outside China, more than 500 cases have been confirmed, mostly of people who traveled from Chinese cities, with five deaths.

Restrictions were tightened further in Hubei on Sunday with vehicles, apart from essential services, banned from the roads and companies told to stay shut until further notice.

Ratings agency Moody’s revised downward GDP growth forecasts for China to 5.2% in 2020. That compares with the 5.7% growth China would need this year to meet its long-term goal of doubling GDP over the decade to 2020, according to a government economist.

Japan’s Nikkei stumbled 0.7% after official data showed the economy contracted at an annualized pace of 6.3% in October-December, shrinking at the fastest pace since the second quarter of 2014.

Virus-related damage to Japan’s economy is expected to show up in the current quarter, stoking fears of recession in the world’s third-largest economy.

Japan evacuated more nationals from the epicenter of the coronavirus outbreak on Monday, while concerns about the spreading disease raised the possibility that organizers may cut the number of participants at next month’s Tokyo Marathon.

With more than 400 people infected, the majority passengers on a cruise ship docked off the country, Japan is the country most affected by the epidemic after China, where the outbreak was first detected in December.

Trade-dependent Singapore downgraded its 2020 economic growth forecast range to -0.5% to 1.5% from 0.5% to 2.5%. Singapore Prime Minister Lee Hsien Loong said on Friday that a recession was a possibility.

Singapore is set to unveil measures to cushion the blow from the epidemic on Tuesday. China announced plans on Sunday to roll out targeted and phased tax and fee cuts to help relieve difficulties for businesses.

American passengers were taken off a cruise liner on Sunday to fly home after being quarantined for two weeks off Japan.

Seventy new coronavirus cases were confirmed on board the Diamond Princess where 3,700 passengers and crew have been held since Feb. 3. Some 355 people on board have tested positive for the disease, by far the largest cluster of cases outside China.

“Leaving in a few hours. No details. Might be going to Texas or Nebraska,” Gay Courter, one of the American passengers on board, told Reuters. She said she expected to spend another two weeks in quarantine on U.S. soil.

The ship, owned by Carnival Corp., has been held in the Japanese port of Yokohama with 3,700 passengers and crew on board. Those with the disease have been taken to hospital in Japan and no one from the ship has died. Around half of the guests onboard are from Japan.

Countries that have announced plans to fly their citizens home from the ship say they will take them only if they are symptom-free, and quarantine them on arrival. 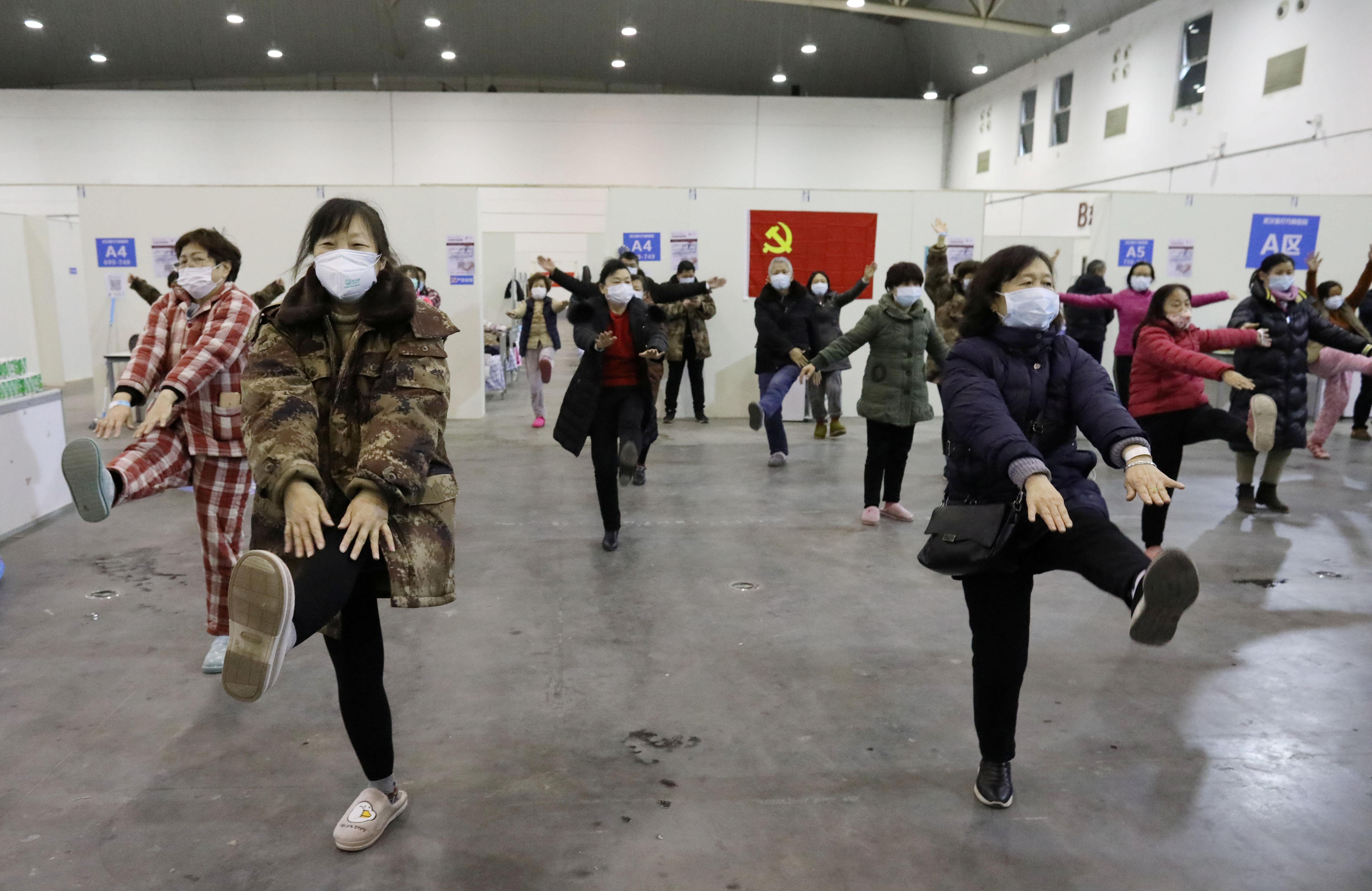 Another cruise ship, Holland America’s MS Westerdam, docked in Cambodia on Thursday after being rejected by ports elsewhere. An 83-year-old American passenger tested positive upon arriving in Malaysia, authorities there said. A second test requested by the cruise operator confirmed the finding.