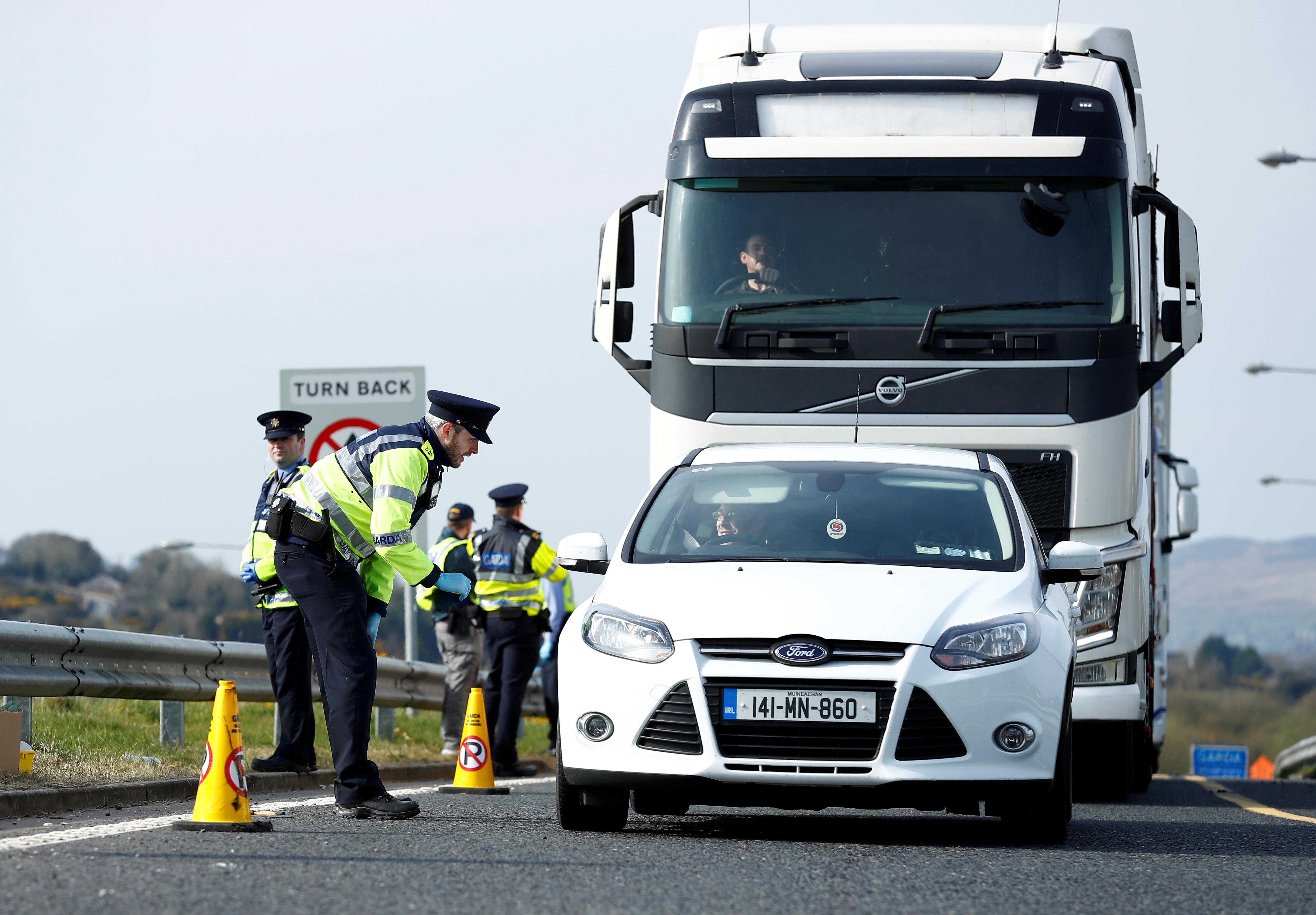 DUBLIN (Reuters) – Irish police made one of their largest drug seizures of the year when a car tried to evade one of their checkpoints set up to enforce strict measures to curtail the spread of the coronavirus.

The police have been given new powers to enforce stay-at-home restrictions and increased the already large number of checkpoints over the Easter holiday weekend, mainly to deter trips to holiday homes.

But cocaine with a street value of around half a million euros ($545,700) was recovered when police caught up with a car that sped away from a checkpoint in Dublin’s city centre in the early hours of Tuesday before colliding with a wall near the city’s River Liffey, 2 km (1.2 miles) away.

Three people were arrested, and divers later recovered two handguns following a search of the riverbed, police said in a statement.

Police say there have been 144 incidents that started “as potential breaches of the regulations, but during the incidents other offences were disclosed”.

“As such, long-standing legislation for offences such as public order, assault, road traffic, and drugs was used instead,” the police said.

On April 8, the first day of the increased Easter operation, police seized 20,000 smuggled cigarettes from a driver at a checkpoint in County Mayo. Two days earlier, on April 6, police found cocaine with a street value of about 51,000 euros after stopping a car at a checkpoint in southern Waterford.