TOKYO (Reuters) – The restaurants at the Exitmelsa shopping center in Tokyo’s upscale Ginza district are usually packed with Chinese tourists. But on a recent weekday, many lunchtime tables were empty, a sign of the toll that the coronavirus is taking on tourism. 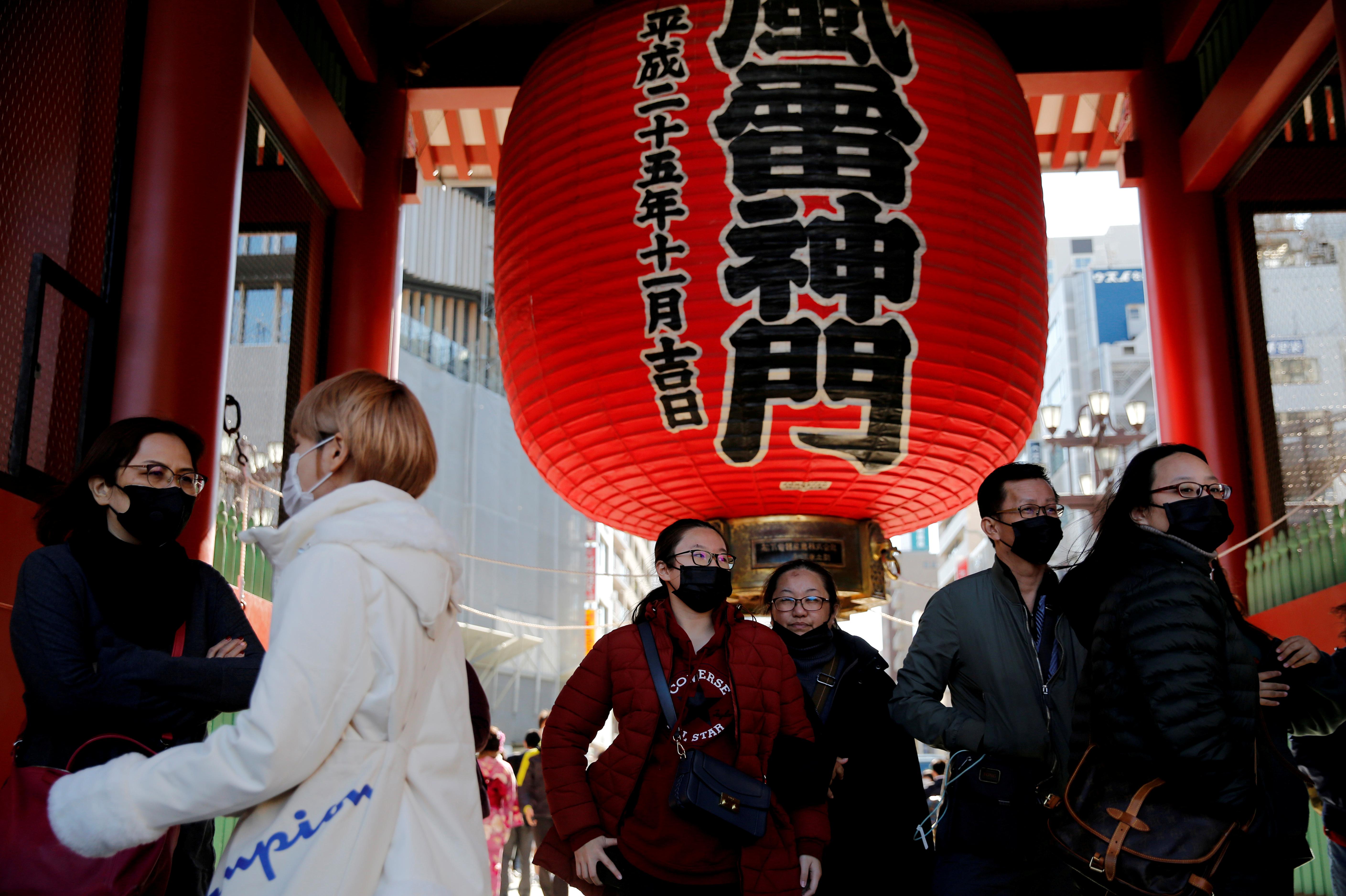 For Japanese who have grown dependent on Chinese tourists for business, like waiter Kiyotake Watanabe, it marks a disconcerting trend.

“People on group tours would gather together at noon, and 10 or 20 of them would come in all at once,” Watanabe, who works at a Chinese restaurant in the shopping center, told Reuters. Those customers evaporated after China in January banned overseas group tours.

Just months ahead of the 2020 Olympics, the jolt to tourism may presage a broader economic impact from the coronavirus for both Japan and the global economy. Japan could be at particular risk because of its increased reliance on Chinese tourism under Prime Minister Shinzo Abe’s “Abenomics” policies.

Nomura Securities had forecast a 240 billion yen ($2.3 billion) bump from event-related tourism in 2020, which it said would evaporate if the Olympics were canceled, although organizers have said delaying or moving the games is not an option. Last year, Japan hosted 31.9 million foreign visitors, who spent 4.81 trillion yen.

The flu-like virus SARS-CoV-2 has spread to about 80 countries after emerging in central China late last year and has hurt global tourism, air travel and events. About 98,000 people have been infected and 3,300 killed worldwide.

Although most cases are in China, more new infections are appearing outside that country.

There are no official tourism figures from February yet, but some analysts – and anecdotal evidence from people in the tourism industry – suggest that arrivals from Asia alone are likely to be down by at least half.

“You’ve got that negativity that is going to percolate through the system,” said Jesper Koll, a senior adviser at WisdomTree Investments.

The hit to economic growth from slowing inbound tourism could be a quarter of a percentage point or more, he said.

For Japan, which has seen more than 1,000 confirmed infections, 2020 was supposed to be a record year for foreign arrivals and a boon for an economy already on the brink of recession.

About 9.5 million of Japan’s foreign visitors last year were Chinese, a number that has risen more than six-fold over the past seven years.

And Chinese visitors spend more than others, accounting for 30% of tourists but 37% of tourist spending last year, according to Japan Tourism Agency data.

At a shop near Watanabe’s restaurant, the shelves were lined with rice cookers, sake cups and beauty products such as lipstick usually popular with Chinese tourists, who are known for their “bakugai” or “explosive shopping” sprees.

But there were few customers. Shop workers chatted with each other in the nearly empty store.

On Wednesday, Bank of Japan Governor Haruhiko Kuroda said the outbreak has hurt consumption through a decline in Chinese tourists.

The pain could worsen after Abe on Thursday said the government would suspend existing visas for visitors from China and South Korea and quarantine them for two weeks.

In the central prefecture of Shizuoka, home to Mt Fuji, Chinese account for as much as 70% of foreign tourists. Some 90,000 people, mostly Chinese, have canceled hotel and ryokan inn bookings for the first three months of this year, according to the local tourism association.

That represents about a third of the total bookings by Chinese tourists during the period.

In response, the prefecture has made it easier for tourism-dependent businesses to get loans, said Mitsuhiro Sasamatsu of the local government’s tourism policy division.

But some hotels that are dependent on Chinese tourists are temporarily shutting down. “For them, it is better cost-wise to shut down completely than to have the business open for few guests,” Sasamatsu said.

About 80,000 new rooms are expected to open in nine major cities between 2019 and 2021, according to a June report from CBRE, a property research firm.

Even before the coronavirus, the supply of rooms in all nine was forecast to outstrip demand, according to CBRE.

This week, H.I.S. Co (9603.T), Japan’s largest listed travel agent by revenue, said it expected a full-year loss, rather than a profit, citing the coronavirus impact. 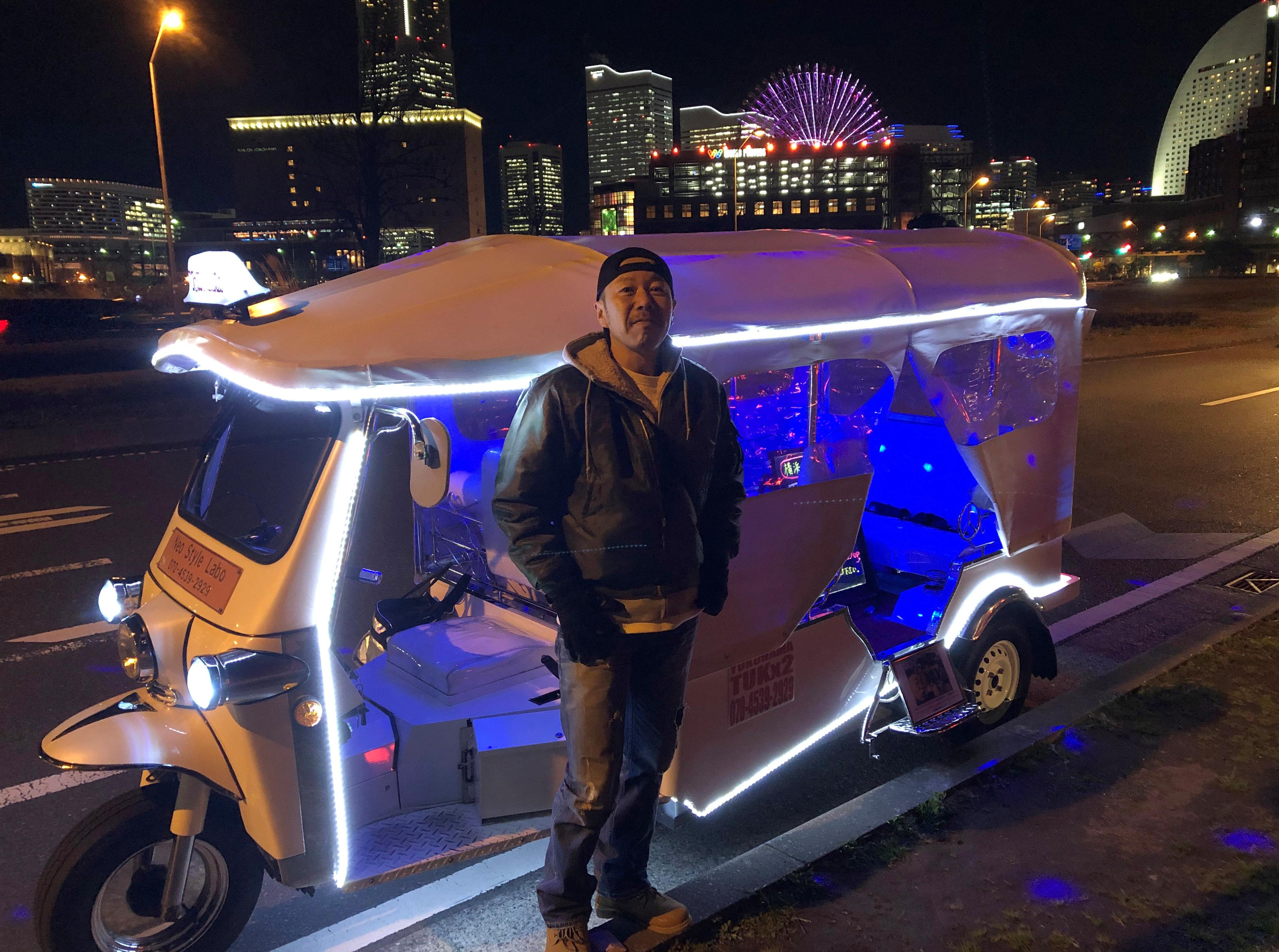 Yoshio Adachi, who guides tourists around Yokohama’s bay area in a custom tuk tuk imported from Thailand, reckons the number of Chinese tourists has fallen by as much 60% since the outbreak.

He is hoping that a bid to host a casino resort in the city, Japan’s second largest, will pan out and lead to more tourists.

“The Olympics will be a one off, so the economy will need to come back after that,” he said.