France’s total coronavirus death toll rose above 15,000 on Tuesday, making it the fourth country to hit that grim milestone after Italy, Spain and the United States. The decision to reopen primary and nursery schools is a “mistake,” Jean-Paul Hamon told France Info radio. “We are still in the midst of a galloping epidemic that is slowing only slightly and for me, the reopening of schools poses an unnecessary risk,” he said.

“Not all children will respect social distancing rules, they will want to play together and they risk to bring the virus home,” he continued, before slamming the move as “premature”.

“Everyone expected the government to say that schools would reopen in September,” Mr Hamon added.

Education Minister Jean-Michel Blanquer, for his part, stressed the following morning that schools would reopen “progressively” and not “overnight”.

“It will not be compulsory for children to return to school on May 11. Once again, I insist on the fact that the overall objective is a gradual return (to normality),” Mr Blanquer told France 2 television.

Earlier on Monday, Mr Macron announced he was extending a virtual lockdown to curb the deadly outbreak until mid-May, insisting that while progress had been made the war against the novel coronavirus had not yet been won.

The 42-year-old centrist said that schools and shops would reopen, but that restaurants, cafés and cinemas would have to remain closed longer. International arrivals from non-European countries will remain prohibited until further notice. 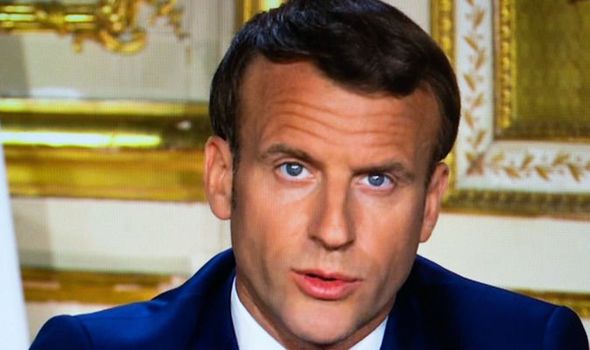 “When will we be able to return to a normal life? I would love to be able to give you an answer. But to be frank, I have to tell you we don’t have definitive answers,” he told the nation in a televised address.

The tough lockdown has been in place since March 17, with France’s 67 million people ordered to stay at home except to buy food, go to work, seek medical care or exercise alone.

The epidemic is “beginning to steady … hope is returning,” Mr Macron said, acknowledging France had not been “sufficiently prepared” when the first cases were reported in February.

“This moment, let’s be honest, has revealed cracks, shortages. Like every country in the world, we have lacked gloves, hand gel, we haven’t been able to give out as many masks as we wanted to our health professionals.”

The head of the public health service, Jerome Salomon, told reporters on Tuesday that the country’s total coronavirus death toll had risen above 15,000, making it the fourth country to surpass that threshold after Italy, Spain and the United States.

The number of deaths in French hospitals and nursing homes rose by 5 percent in a day to a cumulative total of 15,729, versus 4 percent on Monday and Sunday.

The total number of confirmed infections also climbed by 5.3 percent to 103,573, compared to a rate of increase of 2.8 percent on Monday and 1.7 percent on Sunday.

But the number of people in intensive care units fell to 6,730 from 6,821 over 24 hours – declining for the sixth consecutive day.